Gold accounts for 77% of the $40 billion worth of under invoiced extractive commodity exports from Africa, according to UNCTAD research. Diamonds represent 12% and platinum 6%. 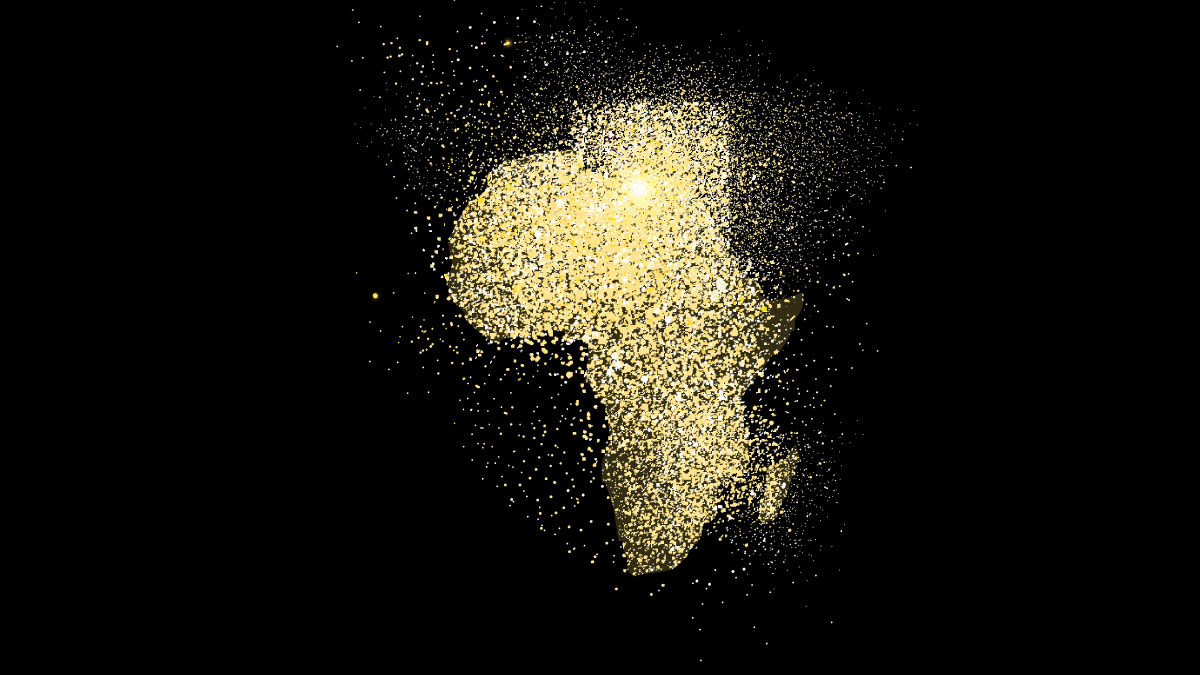 According to the Economic Development in Africa Report 2020, the developmental consequences of illicit financial flows (IFFs) from Africa are severe.

The report estimates that in 2015, $40 billion left the continent clandestinely, an estimate that only covers trade-related IFFs and can bundle in some elements other than IFFs.

UNCTAD defines IFFs as “cross-border financial flows that are illicit in origin, transfer or use.” They can be generated by many activities, “including criminal ones like illegal markets, corruption or smuggling, and commercial ones like tax evasion or aggressive tax avoidance through trade misinvoicing or profit-shifting to lower tax-jurisdictions.”

Measuring illicit activities is difficult and only little data is available, so researchers measure the channels, such as trade or financial transactions that are used to transfer funds abroad.

There are three main channels: (i) the physical smuggling of goods or currency and, more importantly, (ii) financial and (iii) trade transactions. The first two channels leave no trace in trade records, which are used as a basis for the estimation in the report.

According to the report, extractive commodity exports from Africa constituted more than 50% of total African exports from 2000 to 2018.

The report uses the mirror trade gap method to look at different extractive commodity groups and trade along the value chains by identifying differences in how two trading partners record the same trade flow.

This method allows for a broad coverage of countries and products but has significant caveats. The UNCTAD Handbook of Statistics notes many reasons why exports from country A are not equal to imports recorded by country B for the same trade flow.

These differences are largely driven by commodity-specific value chains, trade recording and trading practices rather than solely domestic conditions, and steps that may not be captured by trade statistics, such as transit trade, bonded warehousing or value-added processing in a duty-free zone.

To infer on export underinvoicing from the results, trade gap needs to be persistent and positive and other valid statistical and logistical reasons for asymmetries be accounted for.

The report makes explicit links to trade valuation, recording of international trade statistics and addresses issues due to merchanting, processing and trading of commodities along their value chain to account for some of the asymmetries arising in bilateral statistics.

The report finds that the $40 billion worth of underinvoiced extractive commodity exports from Africa are concentrated in extracontinental, rather than intra-African, trade.

Gold exports from Africa represented 77% of the total, followed by diamonds (12%) and platinum (6%). This underlines the concentration of export underinvoicing on exports of high-value, low-weight commodities. The remaining commodities covered, such as petroleum and base metals, together represented only 5% of the total (figure 1).

Figure 1 shows the different trade gaps per commodity group: a positive and persistent trade gap can stem from export underinvoicing.

In this case, the value of goods is underdeclared, keeping the corresponding payment in foreign accounts to, for example, lower the domestic tax burden. Commodities with a persistent and positive trade gap are, therefore, at risk of illicit outflows.

Figure 1: Sum of the mirror trade gap by commodity (Millions of dollars)

New insights for researchers and policymakers

Studying how the structure and incentives of the international gold market contribute to export underinvoicing, for example, is relevant to all gold-exporting countries in Africa, whatever their local conditions.

Trading practices vary by commodity, resulting in different mirror trade gap results. For example, metals are typically stored in one of the many bonded warehouses of the London Metal Exchange, leaving a negative gap in bilateral trade records, i.e. where the export value is larger than import value.

Due to the limitations in trade data, the report did not use negative export gaps to infer on trade-related IFFs even if they could include illicit activity.

Because of their dependence on commodity exports, African countries are especially prone to illicit outflows through export underinvoicing.

Previous research notes that illicit trade in extractive resources can undermine peace and security, landing countries in a “conflict trap” and stalling development for decades. Recognizing these interlinkages, Sustainable Development Goal 16 includes IFFs, alongside other indicators for peace, justice and strong institutions.

Customs enforcement could be enhanced by analysing transaction-level data to see where the mirror trade gap flags high risk of export underinvoicing.