Quantifying the total value of illicit flows that are draining resources for development is a key step in tackling them.

Illicit financial flows threaten countries’ ability to achieve the Sustainable Development Goals (SDGs). As these flows are intended to be hidden, measuring them is extremely difficult.

UNCTAD has worked with the United Nations Economic Commission for Africa (UNECA) and the United Nations Office on Drugs and Crime (UNODC) over the past 18 months to prepare a methodological approach for the measurement of the flows to address SDG indicator 16.4.1.

The indicator attempts to measure the total value of inward and outward illicit financial flows as part of efforts to significantly reduce them to unleash resources for SDGs.

UNCTAD’s head of statistics and information, Steve MacFeely, and UNODC’s chief of research and trend analysis, Angela Me, presented the inter-agency work done so far at the 10th meeting of the Inter-Agency and Expert Group on SDG indicators (IAEG-SDGs) on 22 October in Addis Ababa, Ethiopia. 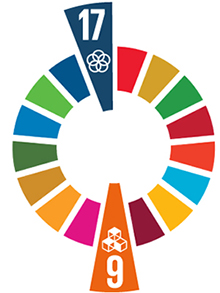 They stressed three important features of their approach:

MacFeely and Me also stressed that UNCTAD, UNECA and UNODC have undertaken a wide consultation, including two expert group meetings, that comprised academics, private sector, NGO and international organization experts.

They also explained how a task force comprising the three UN agencies as well as the International Monetary Fund (IMF), Eurostat, the Organisation for Economic Co-operation and Development and national statistical offices (NSOs) from Europe, Latin America, Asia and Africa have worked to develop and refine the methodology.

The next steps are the development of training modules, followed by pilot testing in Latin America, African (and later Asian) volunteer countries.

Based on the discussion, the IAEG-SDG voted to elevate indicator 16.4.1 to Tier 2 status, meaning the indicator is conceptually clear, has an internationally established methodology and standards, but data are not regularly produced by countries.

Co-chair of the IAEG-SDGs, Viveka Palm, from Sweden, commended all agencies involved on their work but noted that “considerable work remains to be done.”

Nevertheless, she expressed satisfaction with the conceptual and methodological approach adopted.

Director-General of the National Bureau of Statistics in Tanzania, Albina Chuwa, expressed delight “that so many African countries are participating in such an important project,” noting that this is “a key issue for Africa.”

Graduation to Tier 2 status is an important step for the joint project by UNCTAD, UNECA and UNODC, as prior to this, no agreed methodology existed. Nor has there ever been an attempt to bundle all illegal markets together: theft-type activities and terrorism financing; corruption; and illicit tax and commercial practices.

Endorsement from the IAEG-SDG means that chief statisticians from NSOs all around the world are satisfied with the approach being adopted by UNCTAD, UNECA and UNODC. 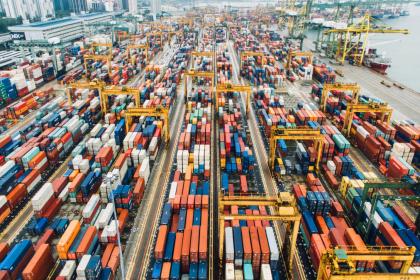