UNCTAD and the Department for Trade and Industry of the Republic of South Africa jointly organized a regional workshop on regional value chains and policy coordination in Southern Africa. This represents the first activity of a four-year UNCTAD development project in the region.

In the last two decades, industrial growth, especially in the manufacturing sector, has been lower in Southern Africa than in other parts of the continent. Services are absorbing most of the people moving out of agriculture, with employment in industry stagnant, at well below 10 per cent of the labour force. As a consequence, most of the economies of the region are insufficiently diversified and dependent on a few, and unsophisticated, commodity exports.

Recognizing the importance of revitalizing the industrial sector to spur economic growth and transformation, the Southern Africa Development Community (SADC) has recently adopted a common industrial strategy with the goal to "promote development of an integrated industrial base within SADC through the exploitation of regional synergies in value-added production and enhancement of export competitiveness," including via "collaboration in the development of regional value chains with targeted interventions."

In an attempt to support this regional integration agenda, UNCTAD has recently started a new project that aims at the identification of regional value chains (RVCs) and at the coordination of supportive industrial policy in Southern Africa. 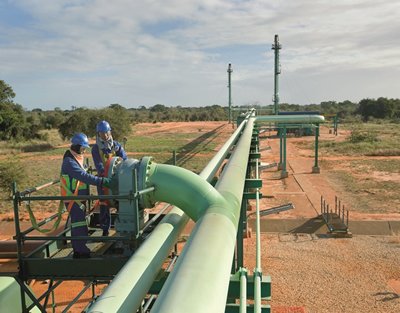 The first workshop in the context of this initiative, jointly organized with the Department for Trade and Industry of the Republic of South Africa (DTI), took place in Pretoria on the 27th and the 28 of March.

"No country has made the arduous journey from widespread rural poverty to post-industrial prosperity without employing targeted and selective government policies that seek to shift the production structure towards new types of activities and sectors" said Richard Kozul-Wright, Director of UNCTAD's Division on Globalisation and Development strategies. And he added that: "The key lies in the State's efforts to help build the linkages that can sustain a process of structural transformation, guiding resources towards activities with higher productivity, better paid jobs and greater technological potential. This will involve linking up with regional and global supply chains that already exist and exploring new possibilities."

Also Nigel Gwynne-Evans, Director of the African Industrial Development Department of the DTI, stressed the importance of the regional dimension and the need for the economies of the region to come together and coordinate their industrial policies in order to exploit the potential production complementarities.

He further indicated that "the fundamental need is for member states to strengthen their capacity in key trade and industry departments in order to better understand and engage with the private sector and to put in place the appropriate policies for re-enforcing and building key private-sector led activities. As described in the SADC Industrial Strategy that will entail a long-term transformation and modernisation of the economy and the development of a coherent system of key institutions that will underpin this development. Without the strengthening of strategic policy making capacities in key governmental units relating to the economic system however, it will be a considerable challenge to overcome the critical co-ordination failures between government departments, the private sector and key institutional players such as higher education, state owned enterprises and the finance sector".

The workshop benefitted from the participation of delegations from Mauritius, Mozambique, Tanzania, Zambia and Zimbabwe. The OECD Development Centre took also part to the initiative reinforcing the existing cooperation with UNCTAD on the structural transformation agenda.

A second regional workshop aiming at identifying (and agreeing upon) specific policy measures in support of agro-processing and capital equipment value chains will take place in Tanzania at the end of 2017.