New study shows how to transform the African Continental Free Trade Area agreement into an enabler of sustainable trade in biodiversity as a key driver of an environmentally friendly recovery from the coronavirus pandemic. 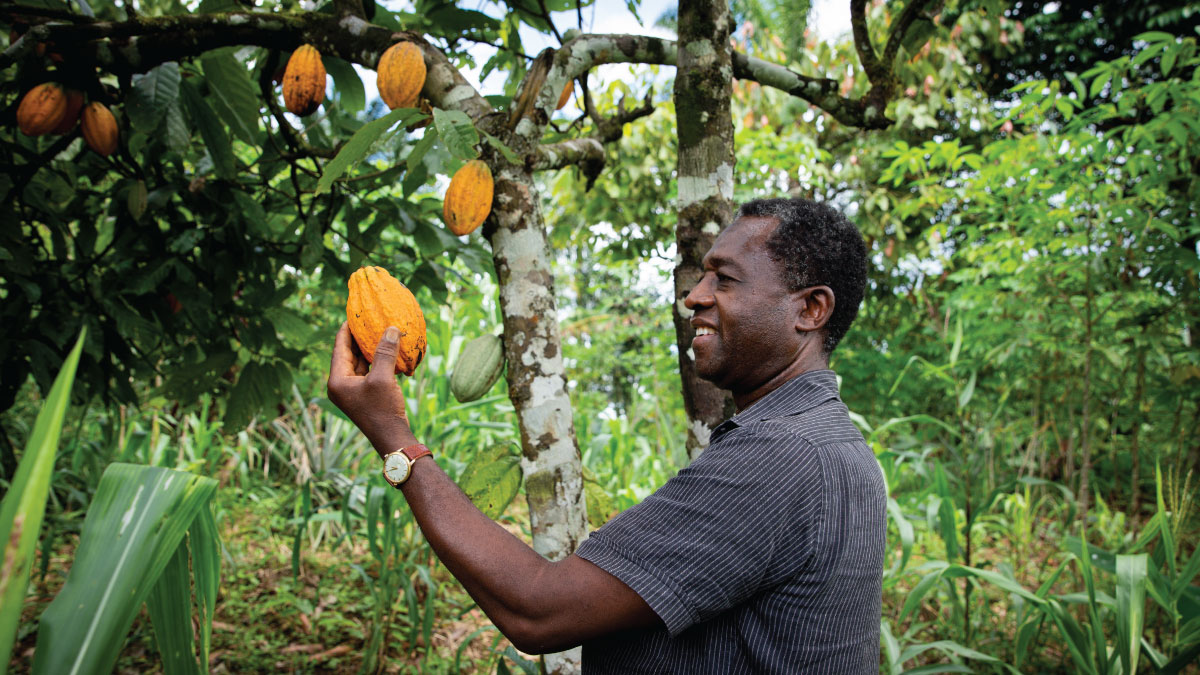 An African farmer looks at a cocoa bean from his plantation. © matteoguedia

Africa is one of the most biodiverse regions on earth. Yet commitments negotiated so far under the landmark African Continental Free Trade Area (AfCFTA) agreement barely mention the environment.

This represents a missed opportunity to achieve sustainable development through trade integration in Africa, as stipulated under the Africa 2063 Agenda, says a new UNCTAD study entitled “Implications of the African Continental Free Trade Area for Trade and Biodiversity: Policy and Regulatory Recommendations.”

The study developed in partnership with the ABS Initiative investigates the link between trade and biodiversity and the existing parties’ commitments under the AfCFTA.

It recommends ways of transforming the agreement into an enabler of sustainable trade in biodiversity and a key driver of post-COVID-19 recovery and development in Africa.

“BioTrade could play a pivotal role in establishing a green development pathway for African countries and thus ensure an environmentally friendly recovery from the COVID-19 pandemic,” said David Vivas, an UNCTAD legal officer working on trade and environmental issues, including the BioTrade Initiative.

BioTrade refers to the activities related to the collection, production, transformation and trade of goods and services derived from biodiversity under a set of environmental, social and economic sustainability criteria, known as the BioTrade Principles and Criteria.

Mainstreaming trade and biodiversity into the AfCFTA

The study identifies potential entry points for environmental considerations into the AfCFTA legal text currently being negotiated. It highlights positive economic incentives for the sustainable trade in biodiversity products to contribute to environmental objectives such as ecosystem conservation and the fight against climate change.

Trade in biodiversity-based products constitutes an important part of African countries’ exports. In 2017, nearly $78 billion worth of goods with a biological origin were exported by members of the African Union, 3.5% of their combined GDP. Natural capital accounts for between 30% and 50% of the total wealth of most African countries.

In addition, Africa is home to eight of the world’s 36 biodiversity hotspots – biogeographic regions with significant levels of biodiversity – and nearly one fifth of all mammal, bird and plant species are estimated to live there.

The comparative advantage many African countries have in biological resources and derived products is an enormous economic opportunity, Mr. Vivas said.

This is especially true in the context of the recovery from the COVID-19 pandemic.

“As countries move forward in the AfCFTA negotiation process, next phases must focus on these opportunities, including nature and biodiversity-based solutions like BioTrade,” Mr. Vivas said.

He added that other important issues to address include “cooperation in the conservation and sustainable use of wildlife trade, climate change mitigation and adaptation as well as options to seize the potential of the oceans economy in coastal and island African countries.”

A new protocol for trade and biodiversity

In addition to the sustainable development considerations, the study also advocates for an additional protocol linking trade to environmental considerations – a standalone chapter – to be included in the AfCFTA agreement.

It says the agreement could build on existing legal frameworks such as the African Nature Convention or the African Guidelines for the Coordinated Implementation of the Nagoya Protocol and, potentially, relevant aspects of the Paris Agreement.

“An instrument of this kind could play an important role in addressing and enabling trade in biological and genetic resources, among other things,” said Frederic Perron-Welch, UNCTAD consultant and author of the study.

“The strong link that exists between trade and the environment, as exemplified by BioTrade, should also be incorporated into both existing instruments as well as those still being negotiated,” Mr. Perron-Welch added.

The AfCFTA covers the largest regional trade area in the world and includes the largest number of participating countries since the creation of the World Trade Organization. It was founded in 2018 by the members of the African Union and covers a market of 1.2 billion people and a GDP of $2.5 trillion.

Negotiations for the second and third phases are currently under way and are expected to be concluded by the end of 2021. They include protocols on additional topics such as intellectual property rights, investment, competition policies and e-commerce.

Despite the ongoing negotiations, trade among AfCFTA members commenced on 1 January 2021. The UN Economic Commission for Africa estimates that the AfCFTA has the potential to boost intra-African trade by 52.3% by eliminating import duties, and it could double this trade if non-tariff barriers are reduced. 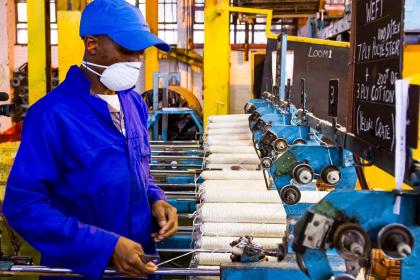 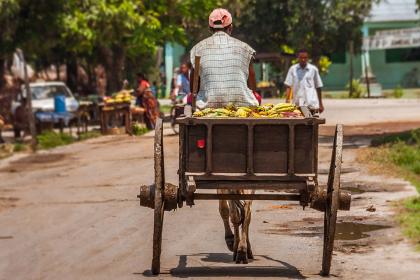 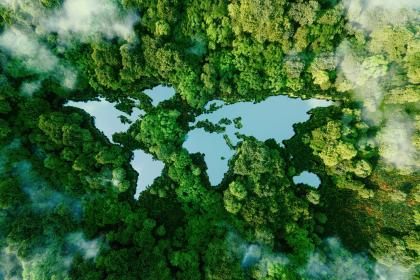