President Michael Higgins of Ireland has called for a &quot;new institutional architecture&quot; in managing global debt in a keynote address delivered to 10th UNCTAD Debt Management Conference in Geneva on 23 November.

Attended by more than 350 participants, including senior national and international policymakers, debt managers and experts from around the world, the three-day biennial Debt Management Conference provides a regular forum for exchanging views between on current issues in public finance, managing debt and preventing debt crises.

"The issue of debt is far too important to be left simply to the work of the World Bank or the International Monetary Fund;" President Higgins said. "Managing debt now, and particularly in the future, is an issue that affects us all – and if we are to be serious about integrating the Sustainable Development Goals into all aspects of our international co-operation (which we must), then we must also ensure that debt is at the centre of the wider international agenda in the area of human rights and development."

He added: "We cannot allow a debt overhang problem, or any evasion of the problems posed by odious, illegitimate, illegal, or unsustainable debt to put our newly agreed global aspirations at naught."

Opening the conference, UNCTAD Secretary-General Mukhisa Kituyi said UNCTAD had "urged the international community to actively explore a rules-based approach to sovereign debt workouts to increase the predictability and timely restructuring of debt when required, with fair burden sharing".

"Today the threat posed by growing mountains of debt to the stability of the global economy is, once again, gaining widespread attention," Dr. Kituyi said. "Global debt levels rose from $21 trillion dollars in 1984 to a staggering $142 trillion by the end of 2007. And since the global financial crisis, another US$57 trillion has been piled on top, pushing global debt to an astounding $199 trillion by 2014."

In another keynote address, Luis Arce Catacora, Minister of the Economy and Public Finance of the Plurinational State of Bolivia, described how his country's economy had in the last decade made a "180 degree turn" by nationalizing extractive and hydrocarbon sectors, putting into place redistributive measures and "Bolivianizing" debt.

Addressing journalists after the opening ceremony, Dr. Kituyi said that Ireland's experience of recovering from a sovereign debt crisis, to which President Higgins referred at length in his keynote address, had shown that there was "light at the end of the tunnel" of indebtedness.

On the first day of the conference, panellists debated the role of debt in developing countries in relation to other financing options for development against the backdrop of challenges arising from the instability of global financial markets, international commodity markets and changing policy regimes in advanced economies. They also addressed increasing concerns about the continued absence of an effective and comprehensive mechanism for dealing with sovereign debt crises, drawing on UNCTAD's work on new international bankruptcy rules and improved contractual approaches to debt refinancing.

The conference ends on 25 November. 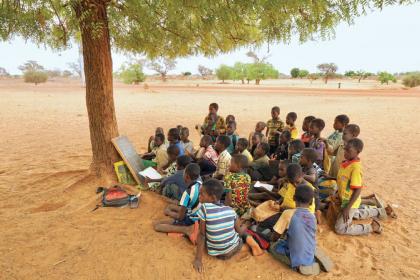 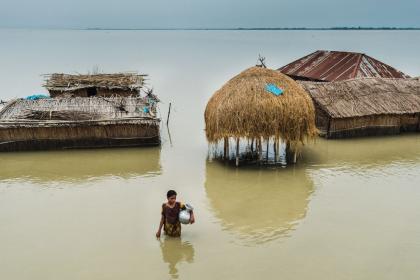