The first Instanbul Competition Forum meets amid growing concerns about market power and wealth concentration in the hands of a few digital giants.

The forum gathered more than two dozen competition authorities from the Balkans, Central Asia and North Africa regions to address the challenges posed by the growing concentration of market power and wealth creation in the digital economy.

The report also highlights that just two countries, the United States and China, account for up to 90% of the market capitalization value of the world’s 70 largest digital platform companies.

Apart from discouraging innovation, such market concentration threatens to exacerbate inequalities between and within countries – an issue fueling unrest in many corners of the globe.

“The power held by these companies is large enough to impact not only economic life, but even political life,” Birol Küle, president of Turkey’s competition authority, said at the opening of the two-day forum.

In the past, competition authorities have kept dominant firms in check thanks to national competition and antitrust laws. But because digital platforms operate without borders, their activities often escape national jurisdictions.

“This economic system obscures national borders, probably to an extent greater than ever before in history,” Mr. Küle said.

“Developing countries, which are not in the centre of this convergence of power, need to collaborate more in order to benefit from the boons of digitalization while protecting both their consumers and the competitive structure of their economies,” he added.

Policies and procedures for cooperation

The forum, organized by the Turkish Competition Authority, in collaboration with UNCTAD, aims to strengthen cooperation among authorities in the region.

It builds on draft guiding policies and procedures developed in July 2019 during an UNCTAD meeting  on competition law and policy. These will be submitted for consideration and approval in 2020 at the 8th UN Conference to Review the United Nations Set of Principles and Rules on Competition, of which UNCTAD is the custodian.

“The organization of this first forum is very timely,” said Pamela Coke-Hamilton, who directs UNCTAD’s work on competition and consumer protection.

“Trust is the major element of cooperation for competition law enforcement. The forum can play a crucial role in building trust among competition authorities and establish a framework for future regional cooperation,” she added.

UNCTAD and the Turkish Competition Authority have a long history of collaboration.

The 5th UN Conference to Review the UN Set on Competition, held in 2005 in Antalya, Turkey, marked the beginning of one of UNCTAD’s milestone programmes: the Voluntary Peer Review of Competition Law and Policy.

Since then, UNCTAD has conducted peer reviews for 28 developing countries. 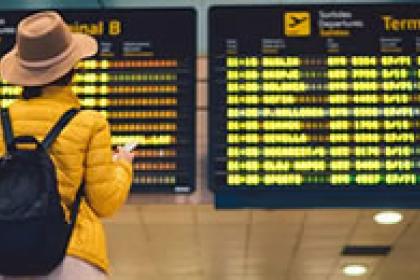