The key to development strategies is balance, panellists tell Trade and Development Board

The benefits of expanding domestic economies and the benefits of healthy export flows should be pursued in tandem by developing countries, experts have recommended.

The sixtieth session of the Trade and Development Boardthis morning featured a debate on development strategies in a globalized world.

Trade and Development Board President Triyono Wibowo, of Indonesia, introduced the discussion by saying that there was a need for "active policies to strengthen domestic and regional markets on the demand side, and productive upgrading and diversification on the supply side, as the driving principles underpinning long-term development strategies."

UNCTAD Deputy Secretary-General Petko Draganov stressed that one focus of the recently published Trade and Development Report 2013 was that in the face of depressed import demand in developed countries, less wealthy nations "would do well to pursue a more balanced strategy, and to rely to a greater extent on domestic demand as a source of growth."

"Trade remains an important means of increasing demand, a disciplining tool for better competitiveness and efficiency, and a means to access new technologies and skills," he said. "But in the current environment, a development strategy that places greater emphasis on domestic and regional demand will likely be more successful than one that focuses exclusively on exports."

Alfredo Calcagno, Officer-in-Charge of UNCTAD's Division on Globalization and Development Strategies, and head of the team that prepared the Trade and Development Report 2013, said the study's basic thesis is that the world economy is experiencing a structural crisis that will lead to slower growth in the demand from developed countries, thus undermining export-led growth strategies oriented to those markets. Over the last decade, developing countries had rapidly increased their share in global output and trade, enlarging the perspectives not only for domestic markets, but also for regional and South-South trade. However, active policies would be needed in order to make those markets new engines for sustained development. The ways to spur domestic and regional markets would be specific to different countries and regions, but would be essential in order to adjust economic policies to the changing economic environment and set in place more balanced development strategies. "Both exports and domestic markets are important," he said, "but they are not equivalent: exports are a tool for development, whereas domestic markets are both a tool and a goal, because they reflect the accession of populations to higher levels of welfare."

The needed expansion and adaptation of production capacities to the new emerging demand patterns would need to be financed, both from external and domestic sources. However, developing countries would have to be cautious and selective regarding external capital flows - which had frequently distorted macroeconomic variables and generated economic instability and crises - and increasingly rely on domestic sources, in particular long-term bank credit.

Ha-Joon Chang, Reader in the Political Economy of Development at Cambridge University in the United Kingdom, said that "an often-expressed view that national economies should develop 'naturally', by relying on the resources that nature has given them, explodes when one looks at specific examples and at history. When it comes to high-productivity activities whose existence determines whether a country is economically developed or not, countries become good at something only because they deliberately decide to become so," he said.

"Depending on market forces will not lead to high-productivity economies in developing nations, because there already are superior competitors in more economically advanced countries," Mr. Chang said. "Most of today's wealthy nations, including Britain and the United States, actively used protectionism in their 'catch-up' periods. And many, including the United States, Finland, Japan, and the Republic of Korea, heavily regulated foreign direct investment," he told the meeting. "Highly trumpeted 'knowledge-intensive services', which are considered the current route to prosperity, sell mostly to manufacturing firms, so their success depends on manufacturing success. And most of these services can only be developed after countries have first acquired the ability to produce the relevant products. It is thus a mistake to separate the manufacturing sector from the knowledge sector," Mr. Chang said. "Switzerland, for example, which is often touted as a successful service economy, also happens to be one of the most highly industrialized economies in the world," Mr. Chang said.

"In sum," he said, "developing countries should not leave their development to natural forces or to free-market processes, but should do what history teaches - establish and carry out intelligent industrial policies."

Nimrod Zalk, Industrial Development Policy and Strategy Adviser to the Department of Trade and Industry of South Africa, told the meeting that the progressive integration of developing countries into the global economy had exposed them to the volatile currents of that economy. South Africa had seen major increases and declines in capital flows, and the current slowdown in developed-country demand had significantly impacted on South Africa's value-added exports.

"What is needed is a shift towards a more sustainable growth path, with productive sectors underpinning steady and diversified wealth creation," Mr. Zalk said. "Countries in the early stages of integration with the global economy need to pay careful attention to their financial sectors, and to manage the transition carefully. It has become clear that creating and sustaining domestic demand not only aids in achieving stability for developing countries, but also helps them prepare for competing in export markets. Public procurement can play a role in advancing the abilities and competencies of domestic firms," he said. "Also needed are astute strategies for channelling capital to domestic businesses."

And Edgardo Torija Zane, Senior Manager of International Agreements at the Central Bank of Argentina, said it was encouraging that the UNCTAD report called attention to the need for active government policies to promote development, assigning prominence to central banks in that duty. "Although this perspective was once widespread," he said, "more recently such an approach has been considered audacious, as it diverges from the rooted beliefs prevailing in international financial organizations, as well as among mainstream economists."

"Central bank reforms beginning several decades ago were designed to restore confidence in monetary policy and to restrain inflation, but in the process, central banks stopped focusing on financing key sectors of the economy and stopped promoting economic growth. In addition, reforms promoted financial deregulation, including the liberalization of cross-border capital flows. The result for developing countries has been a time of volatile fluctuations in capital flows, prices, and exchange rates - and a series of painful booms and busts. It is best to redesign the system so that monetary authorities can play an active role in the implementation of a development strategy, not only by building and improving the financial infrastructure, but also by fulfilling functions that markets and financial intermediaries alone cannot carry out conveniently," Mr. Zane said. 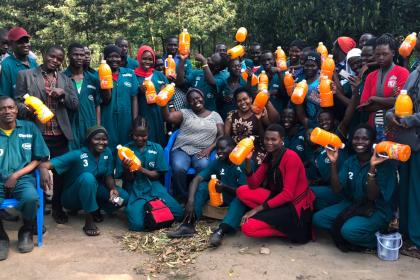