The collapse in oil prices has been painful for Timor-Leste and for many other commodity-dependent countries, and now threatens Timor-Leste's graduation from least developed country status.

Covered in steep hills and tropical forest, the tiny almost-island nation of Timor-Leste faced an uncertain future when it became independent from Indonesia in 2002.

But using its newly discovered oil for the benefit of its 1.2 million population, the fledgling democracy halved its infant and child mortality rates, boosted literacy, and saw national income rise from $810 per capita at independence to $3,940 in 2012.

The nation might have been eligible to graduate from its least developed country (LDC) status – a UN designation – by late 2021. But it depends heavily on its oil and gas exports, and tumbling oil prices have halved national income to $1,920 per capita in 2015, putting graduation into doubt.

"The collapse in oil prices has been painful for Timor-Leste and for many other commodity-dependent countries, and now threatens Timor-Leste's graduation from LDC status too," UNCTAD Deputy Secretary-General Joakim Reiter said.

"But graduation should not be an end in itself, and Timor-Leste must now ensure the necessary diversification away from oil while – for a bit longer – enjoying the privileges of being an LDC," he said. 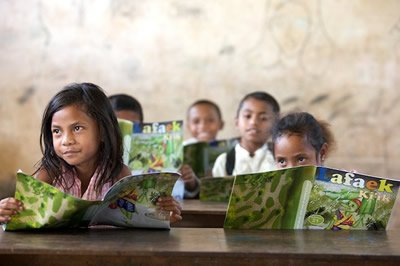 As an LDC, Timor-Leste has enjoyed preferential access to important markets, including through the European Union's 2001 Everything But Arms (EBA) agreement.

While graduation from LDC status would be recognition of its good economic management, the loss of such benefits could be painful. UNCTAD helps smooth the transition from LDC status, for example, by helping countries to maintain favourable treatment from trade and development partners.

"The pride of rising above LDC status is one thing, but retaining as much LDC treatment as possible is even more important to us as a vulnerable country with an ambitious agenda for progress," Foreign Minister Hernani Coelho told UNCTAD on a recent mission to Timor-Leste.

In the more than 40 years that the LDC category has existed, only four countries have ever graduated. And 48 LDCs remain.

Under an "income only" exception, however, a country qualifies for graduation if its national income per capita is at least twice the graduation threshold – currently at $1,242.

The halving of Timor-Leste’s national income per capita since oil prices have fallen has taken it back below the income-only threshold.

Graduation issues are discussed in UNCTAD's 2016 Least Developed Countries Report, due for launch on 13 December.