Heavy dependence on commodities has increased globally, leaving about two-thirds of developing countries vulnerable to economic shocks such as sharp commodity price fluctuations. 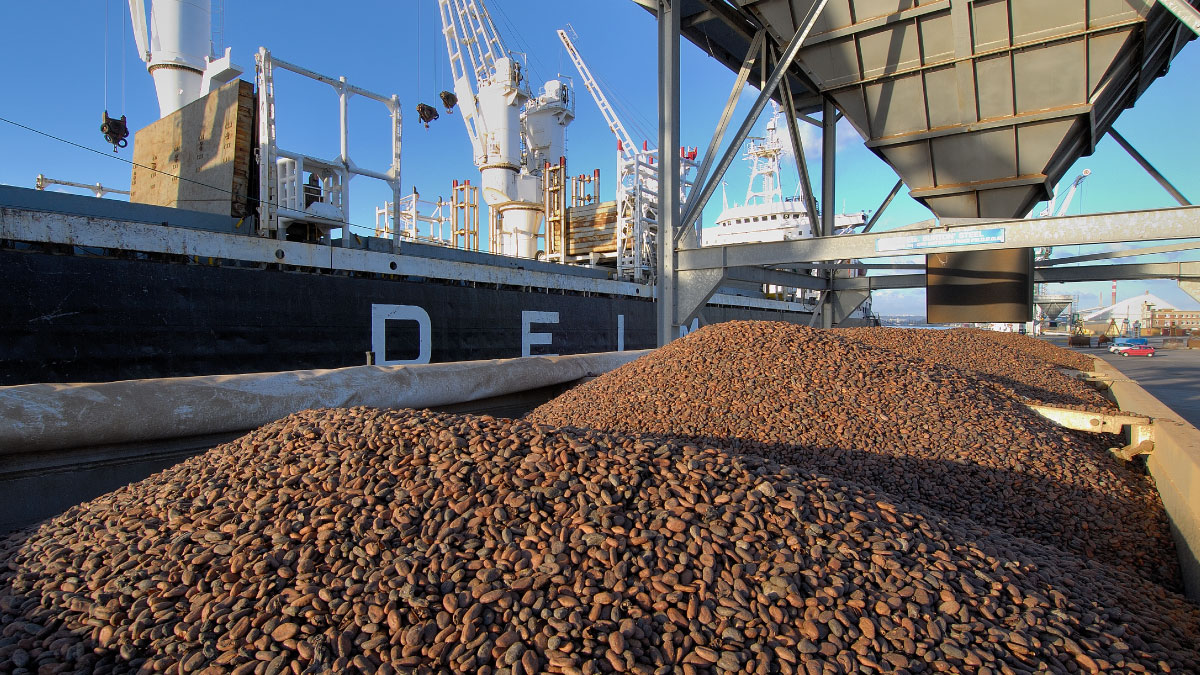 Port of Rouen, France. Unloading of cocoa in bulk from Ivory Coast. © Photoagriculture

UNCTAD considers a country to be commodity export dependent when more than 60% of its total merchandise exports are composed of commodities.

Most countries that were dependent on commodities in 2008–2009 remained so in 2018–2019, according to the report, highlighting the persistence of this phenomenon.

Commodity export dependence in Africa and Oceania is particularly noteworthy, with more than three quarters of countries in both regions relying on commodity exports for more than 70% of their total merchandise export revenues, the report said.

It’s especially high in Middle Africa and Western Africa, where it’s pegged at about 95%. In both these subregions, all countries were commodity dependent in 2018–2019, except the Central African Republic.

In South America, all 12 countries had a level of commodity dependence greater than 60% in 2018–2019, and for three quarters of them, the share of commodity exports out of merchandise exports exceeded 80%.

The 2021 issue is the fifth edition of the “UNCTAD State of Commodity Dependence” series. It provides statistical overviews and individual profiles with commodity-related information for all 195 UNCTAD member states.

The detailed statistics are crucial for a comprehensive analysis of the causes and consequences of commodity dependence and contribute to the policy debate about the measures necessary to address it in the short and long terms.

The statistical report also includes a set of indicators on technology for each economy, reflecting the topic discussed in UNCTAD’s Commodities and Development Report 2021 released in July 2021.

The latter report urged developing countries whose economies depend on commodities to enhance their technological capacities to escape the commodity trap that leaves most of their populations poor and vulnerable.

It warned that most of the countries are likely to remain trapped for the foreseeable future unless they go through “a process of technology-enabled structural transformation”.

The statistics on commodity dependence across UNCTAD member states will inform discussions at the Global Commodities Forum scheduled for 13 to 15 September.

It will feature four thematic sessions and a high-level roundtable bringing together experts, policymakers, high-level political and institutional representatives from all regions of the world.