The Global Maritime Forum Annual Summit took place 30 – 31 October in Singapore, the city-state that is also the largest port in the world. It brought together about 300 leaders and executives of shipping companies, shipowners and actors in the industry (roughly 95% of dark suits and ties!).

Last year, the event placed an emphasis on improving safety. Great efforts were made in the areas of safety and health on ships to reduce the very large number of reported casualties. With the good results witnessed so far, this effort shouldn’t be relaxed under any circumstances.

This year, just before the implementation of new rules adopted by the International Maritime Organization to drastically limit the emission of fine particles emitted by ships, decarbonization was at the centre of the discussions. 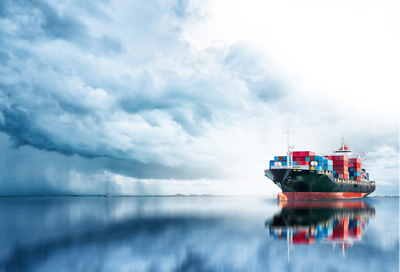 Environmental awareness in the industry is true and sound. The "Getting to Zero" coalition is one of the results of this awareness. It’s committed to getting commercially viable deep-sea zero-emission vessels powered by zero-emission fuels into operation by 2030.

But modalities, deadlines and alternatives are still under discussion. Whether it’s a question of renewal of fleets, (new) fuels and/or alternatives to heavy fuel oil or even gas, the investments are substantial. Who will endorse them? Should they refer to the end customer? What will be the consequences on the competitiveness of each company and the industry as a whole?

However, it’s worth noting that transportation of goods by sea is, compared to other modes of transport, the one with the best overall carbon footprint.

We at UNCTAD have a favourable collaboration with the maritime industry and anchor our work on the development of least developed countries to strengthen and transform their economies.

During the summit, I highlighted the role of industry at a time when the most unjust forms of protectionism are hindering concerted progress in an industry whose very essence is interconnection and the international dimension.

UNCTAD also organized another workshop for about 20 officials in Singapore, selected from 400 officials who are taking online courses on digital identity issues.

Between two technical sessions, I had the opportunity to openly discuss with them the relationship between the administration and the minister, which is not always easy and relaxed.

And then, with innovation being a priority, I toured an urban farm situated on the rooftop of a parking lot in a neighbourhood of Singapore. It’s run by Citiponics Pte Ltd, a start-up that has developed a very promising model of urban agriculture, with an economic approach that is circular, social, local, with zero waste and pesticides.

The project takes a unique approach in a totally urbanized country, with one of the highest population densities in the world, where rurality no longer exists and where food supply is based solely on imports. Danielle is the project’s co-founder. Let’s listen to her.