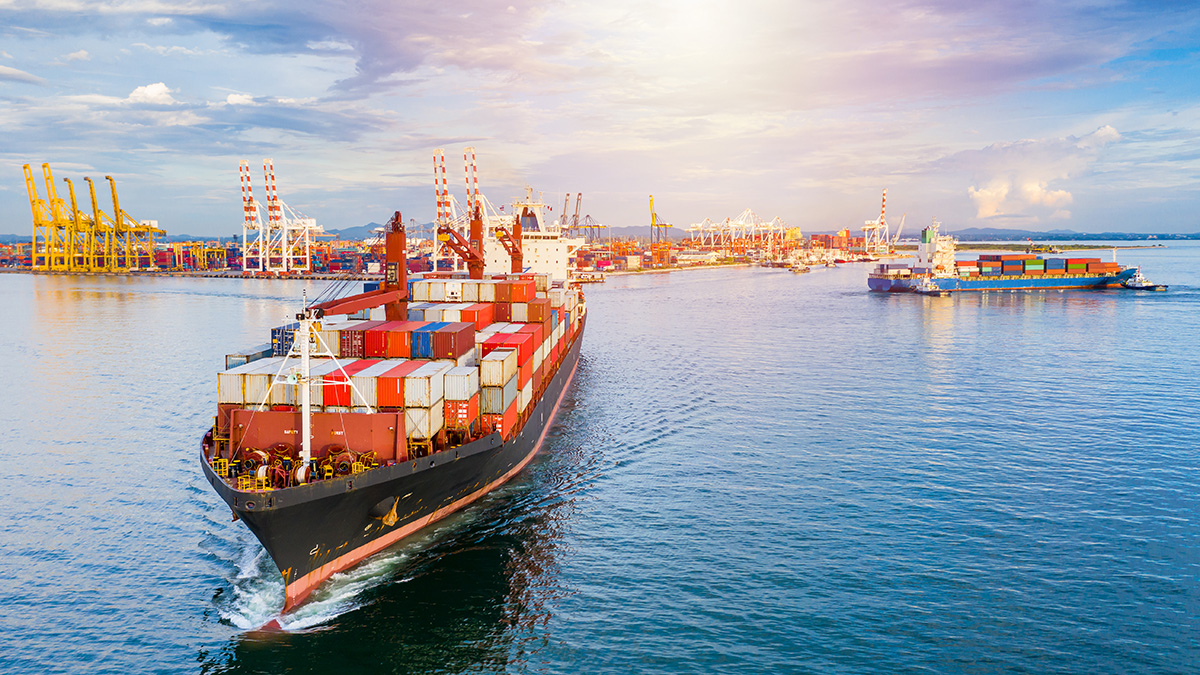 The amendments address antitrust issues related to the recent shipping industry trend of widespread consolidation and ocean carrier alliances that aim to improve efficiency and reduce oversupply of capacity, as well as their potential impacts, particularly on port service providers.

The amendments increase the authority of the Federal Maritime Commission to monitor potential anti-competitive behavior by ocean carriers and maritime transport operators. They aim to protect U.S. ports and providers of certain maritime terminal operator services and tugboat operators - important links in the U.S. and global supply chains - and potential investments in related infrastructure.

History of the legal framework[1]

First enacted in 1916, the Shipping Act regulated common carriers (vessel and non-vessel operating (NVOCCs)), and marine terminal operators (MTOs)[2], giving limited antitrust protections to filed agreements among them. It also conferred authority to the U.S. Shipping Board - succeeded by the U.S. Maritime Commission - established in 1936, and later, by the Federal Maritime Commission (FMC) - established in 1961 - to regulate maritime commerce in the U.S. Ocean carriers and other entities, entering into cooperative agreements were required to justify the terms of those agreements to the FMC, which often made the approval process time-consuming.

The Shipping Act of 1984 followed, which permitted cooperative agreements if not disapproved by the FMC, and no longer required carriers to file tariffs with the FMC, only publish them. However, parties still must file their agreements with the FMC. Cooperative agreements automatically became effective after 45 days, unless the FMC took specific action to block them. The FMC still had to continue monitoring competitive conditions and carrier activity to ensure that they remained compliant.

Another amendment, known as the Ocean Shipping Reform Act (OSRA), was adopted in 1998, making it possible, for the first time in the history of U.S. shipping, for any ocean carrier, to negotiate service contracts with shippers independently of the conferences. Another important change was the enhanced confidentiality of such contracts. As before, they had to be filed confidentially with the FMC, but rates no longer needed to be published in the tariff publication, with publication now limited to fewer terms.

Since its founding in 1961, the FMC has worked to ensure that neither the activities of liner shipping groups nor foreign government laws or regulations impose unfair costs on U.S. exporters, or on U.S. consumers of imported goods. FMC aims to maintain an efficient and competitive international ocean transportation system, which is achieved among others, by reviewing and monitoring agreements among ocean common carriers and marine terminal operators serving the U.S. foreign ocean borne trades to ensure that they do not cause substantial increases in transportation costs or decreases in transportation services (see FMC’s 56th Annual Report, p.5). The 2018 amendments further increase FMC’s authority in these areas and expand the scope of subjects under the Shipping Act.

2018 amendments to the Shipping Act

Among the amendments in Title VII, the main ones outlined below, concern regulation and enforcement of competition in maritime shipping, ocean transportation intermediaries, and filing and reporting requirements for marine terminal operators.

An amendment in section 40102, expands the scope of the Shipping Act by including certain U.S. port service providers for consideration under it. It inserts a new paragraph 5, as follows ‘‘For purposes of sections 41105 and 41307, the term ‘certain covered services’ means, with respect to a vessel— (A) the berthing or bunkering of the vessel; (B) the loading or unloading of cargo to or from the vessel to or from a point on a wharf or terminal; (C) the positioning, removal, or replacement of buoys related to the movement of the vessel; and (D) with respect to injunctive relief under section 41307, towing vessel services provided to such a vessel.’’

Section 41105 was amended to include two new paragraphs, stating that a conference or group of two or more common carriers may not ‘‘(5) negotiate with a tug or towing vessel service provider on any matter relating to rates or services provided within the U.S. by those tugs or towing vessels; (6) with respect to a vessel operated by an ocean common carrier within the U.S. negotiate for the purchase of certain covered services, unless the negotiations and any resulting agreements are not in violation of the antitrust laws and are consistent with the purposes of this part, except that this paragraph does not prohibit the setting and publishing of a joint through rate by a conference, joint venture, or association of ocean common carriers;’’

While ocean carriers may conduct joint negotiations with other maritime service providers, subject to antitrust laws, they are being prohibited from jointly negotiating agreements with tug or towing vessel service providers. This appears to have been in response to concerns raised by U.S. maritime industry stakeholders – notably the tugboat industry, that by allowing carriers to collectively negotiate rates with such providers, they could be placed at a disadvantage, due to their lack of ability to take collective action, while the carriers might exercise undue market power.

The Shipping Act provides specific remedies to the FMC, to enforce the provisions precluding anticompetitive behavior, including bringing civil action and seeking injunctive relief in courts. An amendment in section 41307(b), which relates to port services, expands the scope of the factors that FMC must consider when seeking injunctive relief. The phrase “or to substantially lessen competition in the purchasing of certain covered services”, has been added to the existing language in paragraph 1 after: “produce an unreasonable reduction in transportation service, or an unreasonable increase in transportation cost”. Also, a new paragraph 4 has been added, specifying that “In making a determination under this subsection regarding whether an agreement is likely to substantially lessen competition in the purchasing of certain covered services, the Commission may consider any relevant competition factors in affected markets, including, without limitation, the competitive effect of agreements other than the agreement under review.” Thus, FMC will need to consider the combined, rather than the individual/isolated effects of shipping agreements on competition, as well as other competition factors in affected markets, broadening the scope of its analysis, and helping it maintain fair competition related to port services.

Reporting on impact of alliances on competition

Section 306(b), providing a list of what FMC shall include in its annual report to Congress, on Foreign Laws and Practices, is amended by adding at the end the following ‘‘(6) an analysis of the impacts on competition for the purchase of certain covered services by alliances of ocean common carriers acting pursuant to an agreement under this part between or among ocean common carriers, including a summary of actions, including corrective actions, taken by the Commission to promote such competition.”

Reports filed with the Commission

Section 40304(a), was amended to read “Not later than 7 days after the date an agreement is filed, the FMC shall (1) transmit a notice of the filing to the Federal Register for publication; and (2) request interested persons to submit relevant information and documents.” This amendment improves the ability of the FMC to gather necessary information to best evaluate effects on competition.

Section 41104 was amended to restrict anticompetitive actions of common carriers, by adding a new paragraph 13 at the end, prohibiting them from participating “simultaneously in a rate discussion agreement and an agreement to share vessels, in the same trade, if the interplay of the authorities exercised by the specified agreements is likely, by a reduction in competition, to produce an unreasonable reduction in transportation service or an unreasonable increase in transportation cost.”

The amendments preserve the authority of the U.S. Department of Justice regarding antitrust matters.

The FMC undertakes to submit to the U.S. Congress biannual reports that describe the Commission’s progress toward addressing issues raised in each unfinished regulatory proceeding.

The Comptroller General of the U.S. - head of the U.S. Government Accountability Office - is also required to “conduct a study that examines the immediate aftermath of a major ocean carrier bankruptcy and its impact through the supply chain. The study shall consider any financial mechanisms that could be used to mitigate the impact of any future bankruptcy events on the supply chain.”  It is believed that the 2016 bankruptcy of Korean ocean carrier Hanjin Shipping, and its impact on the U.S. economy, particularly on the delay of goods, increase in shipping rates, and on the transportation sector in general, may have prompted requesting this study.

With mergers and acquisitions through the liner shipping industry, and domination by three major carrier alliances - the 2M Alliance (MSC, Maersk, Hamburg Sud, Hyundai), Ocean Alliance (CMA CGM, APL, COSCO, China Shipping, OOCL, Evergreen), and The Alliance (NYK Group, “K” Line, MOL, Yang Ming, Hapag-Lloyd, UASC) - representing over 80 per cent of all container trade  and nearly 90 per cent of container volume on East-West trade lanes - the 2018 amendments to the Shipping Act send a message to those and to other ocean carriers, to not  abuse their dominant position during joint negotiations with other maritime industry actors, particularly those performing port services – that risk being placed at a disadvantage.

The amendments also give the FMC clear direction to monitor effects on competition, investigate any ocean carrier alliances that engage in anticompetitive behavior in joint negotiations with other maritime industry actors, and address such behavior. The FMC may bring action in courts to stop a cooperative agreement from operating, if it determines that it is likely, by a reduction in competition, to produce an unreasonable reduction in transportation service or an unreasonable increase in transportation cost, or substantially lessen competition in the purchasing of certain covered services.

It remains to be seen how the practical implementation of these amendments - including a broader range of factors and aggregate effects of agreements to be considered by the FMC when enforcing competition regulations; more subjects required to report to the FMC, namely marine terminal operators and their employees, in addition to carriers; as well as new requirements for periodic FMC reporting to Congress – will achieve better protection of U.S. ports, maritime terminal operator services and tugboat operators - all important links in the U.S. and global supply chains.

[1] For further information on the history of the Shipping Act and the FMC, see the website of the FMC.