A new Blue BioTrade initiative was announced at an event held on the sidelines of the UN Oceans Conference as a pathway to more sustainable and healthy oceans.

Coinciding with the celebration of the World Oceans Day, the event discussed the potential of adapting BioTrade principles for use in the marine realm and what considerations are important when translating the concept. Speakers emphasized the urgent need for a new wave of adaptive management approaches integrating ecosystem and species-based approaches.

World marine specialists attending the event highlighted the benefits that oceans provide to coastal countries and communities and the importance of promoting conservation while improving the livelihoods of small-scale fishermen and local communities. 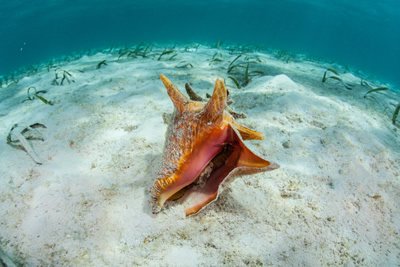 BioTrade has seven principles based on the conservation, sustainability and benefit sharing objectives of the Convention on Biological Diversity, one of which is compliance with applicable international law, e.g. CITES. The entry point is value chains at the ecosystem, species and genetic level.

Lucas Assuncão, Head of UNCTAD's Trade and Environment Branch, introduced the session saying that the UNCTAD BioTrade Initiative is a platform that has developed methodologies and standards for trade for the sustainable use of a wide range of biodiversity-based products. BioTrade is not about trade in commodities, but about sustainable sourcing. Antonella Vassallo, Managing Director, IOI, called for the creation of a community of practice on Blue BioTrade.

Tundi Agardy, MARES Program, Forest Trends, said BioTrade is distinct from other tools promoting sustainable use because it is the only one taking the whole value chains into account. She then stressed some challenges in applying BioTrade principles to the marine environment: lack of private property; resources beyond national jurisdiction; interconnectivity and externalities not yet addressed in marine policies. The practical application on the ground of the seven Blue Biotrade principles was illustrated by pilot cases in Maldives, involving manta ray tourism, and in relation to enhancing coastal infrastructure in Barbados.

David Vivas Eugui, UNCTAD, introduced about approaches guiding BioTrade and then presented the seven principles on which BioTrade is based and the challenges for developing new criteria for their adaptation to the marine environment: biodiversity conservation; sustainable use; equitable benefit sharing; socio-economic sustainability; legal compliance; and respect for actors' rights and clarity about of natural resources tenure. These principles could be extended to the marine environment by introducing basic concepts of the United Nations Conventions of the Law of the Seas (UNCLOS) and relevant FAO agreements and soft law.

Federico Vignati, CAF, explained CAF´s work in adapting BioTrade to Latin America context and presented examples of projects from the CAF's Green Business Unit, including restoration of ecosystem services from wetlands, promoting best practices in whale watching and investing in marine ecosystems corridors, all regional initiatives. CAF is supporting its country members in engaging in Blue Biotrade regional initiatives through the Green Business Unit at the Division of Environment and Climate Change jointly with governments and strategic partners such as UNCTAD, Smithsonian and Forest Trends (MARES Tropical Marine Landscape).

Daniel Kachelriess, CITES, provided the example of recent successful management of the Queen Conch under these rules. He highlighted synergies between CITES and BioTrade principles, and differences between the terrestrial and marine contexts, including national versus regional management, and diverse sources of data versus fisheries as the main data source. He highlighted the synergies between adopting the Blue BioTrade principles and the effective implementation of CITES provisions for marine species.

Awni Behnam, Honorary President, IOI, highlighted that Ocean Governance must be an integral part of the adapted principles on Blue BioTrade. These principles should become binding or at least be transformed into soft law. He also indicated that blue economy and blue growth are different concepts, since the core of the blue economy is sustainable and simple growth no.

In the ensuing discussion, participants discussed the place of science in CITES recommendations and the links between CITES and the negotiations on marine areas beyond national jurisdiction (ABNJ), among others.

The event showcased initial studies of Blue BioTrade in Asia and Latin America, and highlighted the synergies between adopting the Blue BioTrade principles and the effective implementation of CITES provisions for marine species.