Nobody really wins a trade war

Are we seeing the start of a trade war?

Although there is a long history of countries blaming each other for their own economic misfortunes, during the last few months there has been an escalation both in the rhetoric and in trade policy actions. The initial round of today’s trade tension occurred on March 1st, with the United States announcing an increase in its tariffs for steel and aluminum products.

While these tariffs were initially proposed to be applied on all imports, most of the United States' traditional allies were subsequently granted exceptions. During the following weeks, the U.S. calibrated its aim on China with the arguments of the large bilateral trade surplus and infringements of U.S. intellectual property rights. 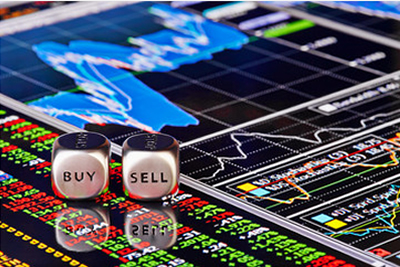 On April 3rd the U.S. administration listed US$ 50 billion worth of Chinese imports to be subject to 25 percent tariffs, and on April 5th upped the bid with an additional US$ 100 billion in response to China's plan to retaliate against the initial round. More recent skirmishes materialized in the U.S. targeting specific Chinese firms, and in China imposing a 178.6 percent deposit on the value of sorghum shipments from the U.S.

As trade tensions between the world’s top two economies escalate, the multilateral trading system is being jolted. While many of the proposed policies do not violate the letter of the World Trade Organization (WTO), they are very much against its spirit. It remains to be seen whether any escalation will be contained within the international rules-based framework, and whether other countries will join the fray. The main concern is that without the support of the two largest economies, the rules-based system of international trade can quickly lose its authority, leaving the world economy on a slippery slope towards a full-scale trade war.

Multilateral cooperation in trade policy is the best safeguard against trade wars. Today’s tariffs are low largely because they have been negotiated down on a reciprocal basis. Since the General Agreement on Tariffs and Trade (GATT) in 1947, eight rounds of trade negotiations have led to an 85% reduction in average tariffs.

If multilateral cooperation were to fail, governments would have incentives to set tariffs at levels which would be “optimal” in a pure mercantilist setting. Standard trade theory indicates that by unilaterally introducing tariffs, a large country not only limits its imports from the rest of the world but also reduces the price of its imports relative to their exports, thereby benefiting from an improvement in its terms-of-trade.

The problem is that such tariffs greatly affect trading partners, which would then likely retaliate in kind. When considering retaliation, the losses are generally large enough to wipe out the terms-of-trade benefits, and more. The prevention of the inefficiencies associated with unilateral tariff settings is the very rationale behind the rules-based trading system.  International rules preventing the use of “beggar-thy-neighbor” policies are therefore necessary to avert trade wars.

What would be the implications of the demise of the multilateral trading system and a full-blown trade war? An indication can be provided by using the methods that Peri da Silva at Kansas State University, Marcelo Olarreaga of the University of Geneva and I explain in a forthcoming paper  in the Journal of Political Economy. In this research we measure the leverage each country has on international markets depending on whether its trade policies are able to influence international prices (“market power” in economic jargon).

Market power can be used to measure each country’s uncooperative tariff structure which would prevail in pure mercantilist world (i.e. in the absence of multilateral cooperation). We calculate that in the case of a full-scale trade war the increase in tariff protection experienced by the average exporter would be of about 32 percentage points. We spell out the details of this exercise in a VOXEU column.

A trade war would not hit all countries and industries equally. While the main economies may have sufficient economic weight to withstand significant retaliation, it does not mean that they will benefit from a trade war. We calculate that the U.S. exports would face an average tariff of about 30 percent, the E.U. would face about 35 percent and China would face almost 40 percent. That is a very significant increase from current relatively negligible tariffs.

The reason for such different effects is due to differences in export composition and destinations. Countries whose export bundle is concentrated in product where no country has substantial leverage may likely be spared from the worst effects of a trade war. On the other hand, countries whose export bundle is concentrated in products and destination markets which can exercise substantial leverage would be most affected.

Higher tariffs would greatly affect the global economy by disrupting supply chains and increasing the prices of many consumer goods. Moreover, the size of international markets would shrink, to the disadvantage of less efficient producers, often small and medium-sized enterprises in developing countries. Overall, it is very likely that poor countries will lose relatively more from a trade war than richer countries.

A final consideration is that the imbalances and inequities which are a characteristic of the global economy cannot be corrected by unilateral actions but requires a concerted effort. Ultimately, one of the most worrying concerns is that a trade war will have negative spillovers in other areas where multilateral cooperation is most needed (e.g. managing financial integration, addressing corporate taxation, environmental sustainability).

Nobody really wins in a trade war.

This commentary is based on a paper and the Voxeu Column and a forthcoming Journal by Alessandro Nicita, Marcelo Olarreaga and Peri da Silva