Organic farming in Africa has rich potential, but is increasingly underfunded

Organic farming offers an excellent and lucrative export opportunity for Africa, but access to finance is harder to come by than five years ago, an UNCTAD survey has found.

An example of the opportunity comes from an East African regional programme, which saw the region's organic exports grow from $4.6 million in 2002/03 to $35 million in 2009/10, according to the International Federation of Organic Agriculture Movements. The programme led to a common regional organic standard and significantly increased crop yields in Burundi, Kenya, Rwanda, Uganda, and the United Republic of Tanzania.

Despite such success stories, almost a quarter (23%) of organic farmers, exporters, and experts from 16 African countries said they felt that access to financing had become more restrictive in the last five years.

The results were published by UNCTAD in a new technical paper on financing organic farming in Africa. In the same survey, 64% said the situation had not changed while just 13% said access to funding had improved. 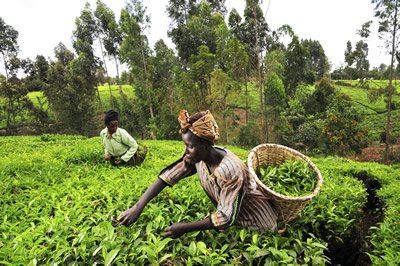 Organic tea is grown on the highlands in Kenya

"Based on our survey, the most critical areas in terms of the need for external funding highlighted by stakeholders in organic agriculture were certification, the organization of smallholder farmers into production groups, marketing, and the purchase of equipment," Malick Kane and Henrique Pacini wrote in the report.

"Unfortunately these are precisely the areas for which respondents said financing was becoming scarcer," added Mr. Kane.

Funding for Africa's agriculture in general has come under pressure in recent years, falling to an average of 2.7% of national budgets in 2013 according to the Food and Agriculture Organization of the UN. This happened despite a 2003 African Union commitment to allocate 10% of national budgets to this area. Also, the share of commercial credit made available for agriculture in Africa fell to an average of 2.8% in the same year, while the global average is 5.8%.

Specialist organic farmers looking for financing have seen knock-on effects, despite the premiums they can charge to export their goods to lucrative rich markets.

"With regard to price premiums, significant variations have been recorded depending on the commercialized crops, periods and markets," Mr. Pacini said, but based on available estimates, premiums for organic products can range from 10% to 100% (or more) of the price of conventional varieties.

"These premiums play an important role in the profitability of organic crops as they compensate for additional costs incurred by organic farmers, such as those arising from compliance to organic practices and certification," he said.

While established organic exports like coffee and cocoa benefit most from the access to finance, the UNCTAD paper notes that crops like organic pineapples, mangoes, bananas and even potatoes have enormous export potential.

"Our work highlights the fact that limited credit-guarantee mechanisms and insufficient capacity of commercial banks to integrate the specifics of organic agriculture are major hindrances on the ability of organic farmers and exporters to finance their activities in Africa," said Mr. Kane.

Mr. Pacini added: "In view of the current situation, we strongly advocate for a coordinated effort to improve the data collected about both the domestic and export value of organic products so that a better business case for organic agriculture can be made in Africa". 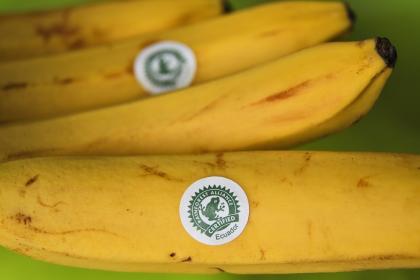 Sustainability standards are a powerful tool to protect biodiversity