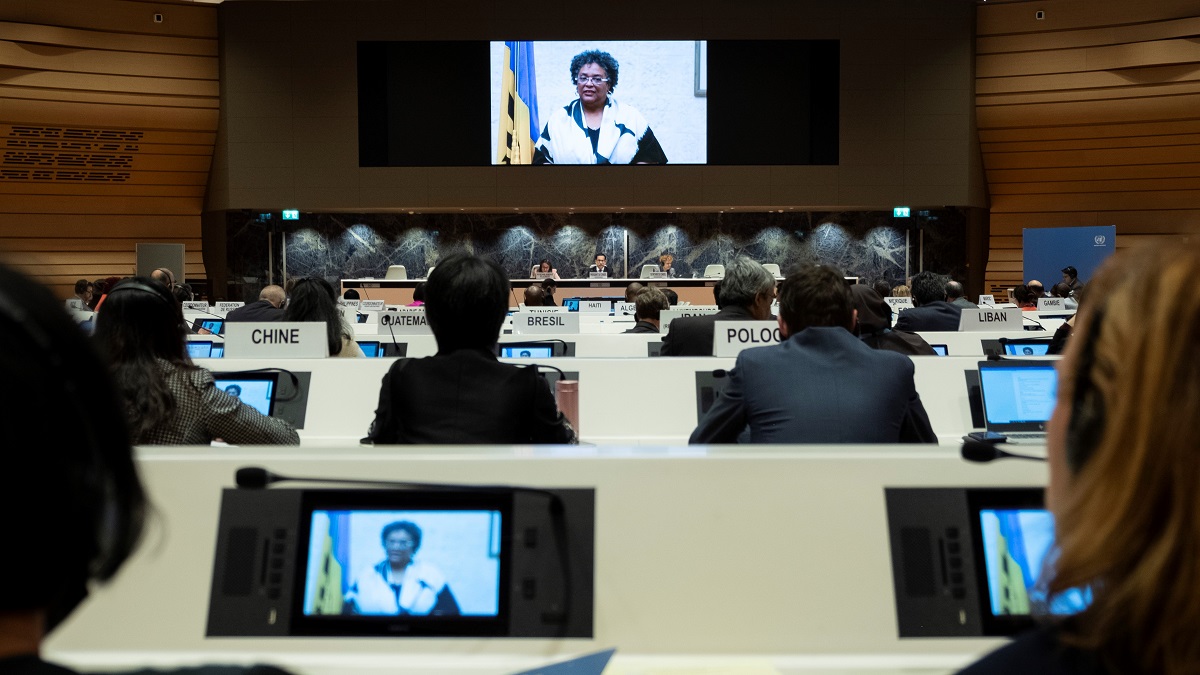 Tackling the current cascade of crises facing the world and getting the global economy back on track requires political will and action, leaders said during the high-level segment of UNCTAD’s Trade and Development Board on 20 October.

Despite the challenges facing multilateralism, Ms. Grynspan said there was reason for hope, as shown by the Black Sea Grain Initiative signed in July with Turkiye, Ukraine and the Russian Federation. Read her full statment.

The UN-backed initiative has opened a grain corridor through which almost 8 million metric tons of food have flowed back into world markets. “These initiatives show that diplomacy is still possible, even in the most challenging circumstances, even in the middle of a war zone,” Ms. Grynspan said.

“In all, liquidity in the Global South is evaporating at rates we have not seen since the 80s,” Ms. Grynspan said. “Money is going the wrong way, at the wrong time.”

Developing countries need fiscal space to have a fighting chance

UN Deputy Secretary-General Amina Mohammed echoed the call for more liquidity for developing countries, saying they “need fiscal space to deal with inflation, to deal with debt and to deal with climate change.”

She said what is on offer is not enough to cover their $4 trillion development funding gap, calling for a new allocation of special drawing rights (SDRs), more pledges to recycle SDRs and more structured and automatic ways to allocate them in times of crisis.

Ms. Mohammed also underlined the need to address the debt crisis in developing countries, urging the establishment of a new debt service suspension mechanism, and the inclusion of middle-income countries.

She also called for more investment towards the achievement of the Sustainable Development Goals (SDGs).

She said multilateral development banks can help close the SDG funding gap, bring in the private sector at scale, support developing countries in their transition to renewable energy and save the 2030 Agenda for Sustainable Development.

She called for the “provision of emergency liquidity to countries that simply cannot go much further without access to more liquidity.”

She also decried the inadequate international action to tackle the climate crisis, debt distress and rising inequality within and between countries, which has pushed more people into poverty around the world.

She pointed out that debt vulnerability continues to constrain the extent to which governments in developing countries can offer meaningful solutions to their citizens.

In the face of interconnected crises, the multilateral system needs to be strengthened and supported to address these challenges, said Sigrid Kaag, First Deputy Prime Minister and Minister of Finance of the Netherlands.

She urged the international community to “show political will, use available platforms and offer the financial means” to help countries tackle the acute food, climate and debt crises unfolding around the world.

Ms. Kaag said soaring food prices, unsustainable debt levels and devastating impacts of climate change are a concern to many people around the world. “We need to act and find solutions,” she said.