Q: Why did you feel it was necessary to publish a new version of the report?

A: When the report was published in July 2016, it attracted considerable attention, and many issues were raised and new information surfaced, including from partners and counterparts in South Africa. We felt it was necessary, as far as possible, to consider the issues raised, and therefore publish a new version.

Q: What is different in this report from the last one?

A: Before talking about the differences, I want to say that the key similarity with the first version -- not difference -- is that after analysis of export and import data on a range of commodities from developing countries, we still find discrepancies worth tens of billions of dollars.

Our paper covered exports of gold, silver, platinum, and iron ore from South Africa, oil from Nigeria, copper from Zambia and Chile, and cocoa from Cote d'Ivoire, over periods of 14 to 20 years. 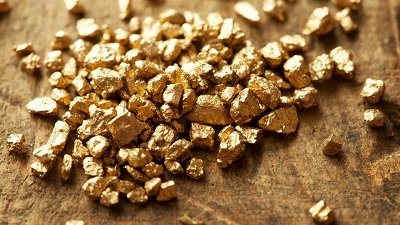 We reached our conclusions after analyzing statistics from the UN's COMTRADE data, one of two major sources of global trade data and the only one disaggregated by both partner and commodity. The other data base is the International Monetary Fund's Direction of Trade Statistics, which is disaggregated by partner only.

One key difference is that in our original draft we identified discrepancies in South Africa's gold exports of $78.2 billion, equal to 67% of their total gold exports. This result does not change if we use COMTRADE data. However, since July, South Africa has changed both its key export statistics and its methodologies. This means that, if we use the publicly available data published by South Africa's Department of Trade and Industry (DTI), as some commentators suggest, then we can no longer calculate with certainty the discrepancies in South African gold exports.

A second key difference is that with the first version, we suggested that the core reason for the discrepancies was intent to deceive for tax evasion or other reasons. In the second version, we make it clear that it's impossible to know with certainty why these discrepancies exist. However, we do maintain that the discrepancies are too large to be caused by simple human error or methodological differences. Finally, this version of the report looks more closely at the role of transit hubs such as Switzerland and the Netherlands.

Q: What are the key findings in this report now?

One other finding which caused some surprise is that South Africa's DTI made two significant revisions to its gold export data in September 2016, after we had published the first version of our report.

First, South Africa's DTI statistics on total gold exports over the period from 2000 to 2014 changed from about $34 billion to about $62 billion. Second, exports of non-monetary gold for the period 2011 to 2014 were combined with those of monetary gold. This makes it impossible to compute the estimate of trade misinvoicing over those years, which looks only at non-monetary gold.

Q: What can policymakers learn from this report?

A: First, policymakers may wish to recognize that trade misinvoicing is a sizeable issue in commodity-dependent developing countries. These countries and their development partners may wish to establish programmes that detail the magnitude of this phenomenon, how it occurs, and who the actors are.

Third, governments and business should work together to ensure that export records match the import records of receiving countries. At present, especially for transit trade, commodities are often recorded as being exported to a country when in reality they are physically exported elsewhere. This creates confusion in bilateral data statistics, hinders efforts towards increasing transparency in international trade statistics, and complicates traceability throughout the supply chain. While we agree that companies are well within their rights to do whatever they like with the commodities that they have bought and that these commodities may be bought and sold several times while still at sea, we think that, technically, it should be straightforward to record clearly the countries which import and export commodities.