The world is addicted to debt, which has ballooned to unprecedented levels in both developed and developing countries.

Many developing countries are reeling under mounting debt, experts said at UNCTAD’s Twelfth International Debt Management Conference, held at the United Nations in Geneva, Switzerland, from 18 to 20 November.

An unhealthy dependence on debt for economic growth is threatening these countries’ progress towards the Sustainable Development Goals (SDGs), said Carl Schlettwein, the minister of finance of Namibia, during his keynote speech on 18 November.

“The high levels of indebtedness inevitably mean that there is reduced room to manoeuvre when external shocks come,” Mr. Schlettwein said. 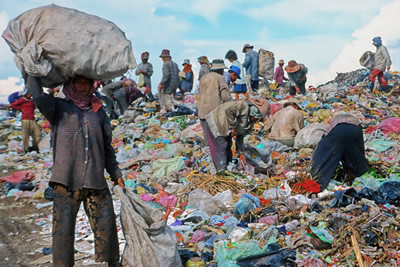 And shocks are sure to come, with global economic growth subdued, trade wars, climate emergencies and threats to multilateralism all contributing to uncertainty.

Mr. Schlettwein said it wouldn’t take much for the most highly indebted countries to become financially distressed, and for smaller and poorer developing countries to teeter on the edge of crisis should commodity price shocks or environmental disaster ensue.

From Argentina to Zimbabwe, soaring debt levels have severely exposed many developing countries to global economic and financial volatility regardless of their income level.

According to UNCTAD’s 2019 Trade and Development Report, global debt stocks expanded to their highest levels ever in 2017 – even beyond the levels experienced at the time of the global financial crisis in 2008.

The report notes that for a sample of 30 developing countries to meet only the first four SDGs (eliminate poverty, promote nutrition, good health and quality education) investment requirements mean that the debt-to-gross domestic product (GDP) ratios of these countries would have to rise to around 185% on average by 2030. Alternatively, they would have to grow on average by 12% a year until 2030.

Neither situation is remotely realistic.

“We are living in fragile times,” Mr. Schlettwein told high-level policymakers and debt managers from over 100 countries.

But it’s not only the magnitude of the accumulated debt in both developed and developing countries that is alarming.

UNCTAD Deputy Secretary-General Isabelle Durant said the recent debt explosion is largely explained by the rise in private rather than public debt, reflecting the rapid integration of developing countries into international financial markets.

Private sector debt of all developing countries taken together now accounts for nearly 140% of their GDP.

The growing indebtedness in the context of a deregulated global financial sector has not led to an increase in real investment in many developing countries.

For both groups of countries, the private sector share of this debt has risen sharply in the last decade.

While these debt burdens do not appear to be as alarming as for high-income developing countries, it is more difficult for lower income countries to service debt and the sustainability of their debt is far more precarious.

“Conditions are in place for a new debt crisis, which will inevitably affect developing countries much more harshly than in the past 10 years,” Ms. Durant said.

Developing countries are confronting the unfolding of a major debt crisis that is materializing in the form of debt defaults, debt distress and/or fast-growing financial vulnerabilities.

They identified increased debt transparency - for public and private lenders as well as sovereign borrowers - as an indispensable prerequisite for governments to minimize the risk of debt crises and take timely action when they arise.

Furthermore, to make debt work for development, governments need to develop and hone their capacity for effective management of debt operations and debt analysis.

Various speakers noted that putting debt financing in developing countries on a more sustainable footing requires concerted and urgent multilateral action to release developing countries from current debt traps to enable them to allocate more resources towards achieving the SDGs.

Among the proposed solutions were special funds for concessional lending for developing countries and extended Special Drawing Rights linked to SDG and environmental targets.

Such a fund could be capitalized by donor countries paying in their unfulfilled official development assistance commitments, which amounted to US$2.7 trillion between 2002 and 2017 alone.

The urgent need for multilateral action to develop a sovereign debt restructuring and workout mechanism was emphasized by experts and member states alike.

“Debt data quality is a pre-requisite for effective debt management,” said Gerry Teeling, chief of UNCTAD’s debt management and financial analysis system programme (DMFAS), during the launch of a new jointly developed framework from UNCTAD and the Commonwealth Secretariat, to help countries assess and monitor the quality of their debt databases.

The DMFAS programme is one of the world's leading providers of technical cooperation and advisory services in the area of debt management. It has been successful in helping governments improve their capacity to manage debt for the past 30 years.

It detects and quantifies weaknesses and gaps in debt databases and makes it possible to monitor the evolution of debt data quality over time.

The framework is expected to contribute to improvements in the quality of debt data used for reporting and policy formulation, as well as for debt management functions such debt sustainability analysis and the formulation of debt strategies.

It is therefore a valuable addition to the tools available for ensuring effective debt management and improving debt transparency. 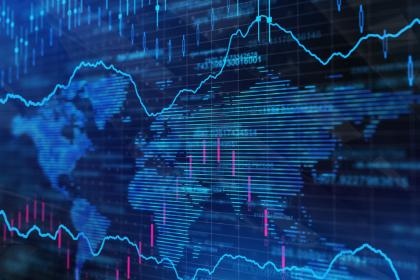