UNCTAD officials and experts detail a five-point plan to rebalance development and guide a new form of multilateralism.

Two leading economists have put forward a solution to the challenges they see facing the multilateral system of trade, investment and finance ahead of the annual spring meetings of the International Monetary Fund (IMF) and the World Bank Group (WBG) in the United States capital of Washington DC, running from 12 to 14 April.

The ‘Geneva Principles for a Global Green New Deal’ are outlined in a new report by UNCTAD’s Richard Kozul-Wright and the University of Boston’s Kevin Gallagher.

In ‘A New Multilateralism for Shared Prosperity: Geneva Principles for a Green New Deal’, they spell out five key steps that need to be taken to solve the system of “predatory rent-seeking” or “crocodile capitalism” they believe has broken the social contract established in the wake of World War II, allowing global corporations to benefit while the general public loses. 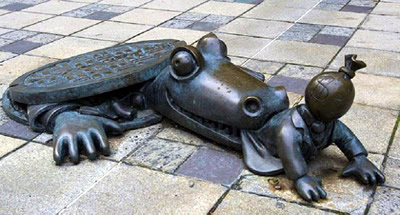 “We once had a version of multilateralism that permitted nations to regulate international markets and to pursue strategies for equitable prosperity and development,” Mr. Gallagher, professor and director of the Global Policy Center at Boston University, and Mr. Kozul-Wright, director of UNCTAD’s globalisation and development strategies division, say in the report.

“The system was far from perfect, yet its core principles did provide a rough template for a more balanced form of prosperity in a globally interdependent world.”

“That system began to break down in the late 1970s, and later became an instrument for the diffusion of a neo-liberal order that has triggered crises of financial instability, inequality, and climate change.”

The time to fix it is now, they say, to deliver on the promise of multilateralism, ensure inclusive prosperity and tackle global challenges such as climate change.

According to Mr. Gallagher and Mr. Kozul-Wright, the system constructed at Bretton Woods in 1944 has not delivered on its promises – a reality affirmed during the 2008-2009 global financial crisis.

But a decade since, still not much has been done to shift the balance at a time when deteriorating environmental conditions threaten humanity itself.

They argue world leaders must finish what they started and reconceptualize the system, so it is concomitant with sustainable development.

“Indeed, this week the Inter-Agency Task Force on Financing for Development collectively acknowledged that, while the multilateral system of trade, investment and finance has brought some benefit, the uneven distribution of the benefits has left many behind and undermined support for the global architecture,” they wrote in a recent opinion piece in the Financial Times.

A solution: Geneva Principles for a Global Green New Deal

After convening several meetings between policymakers, experts and civil society organizations from across the globe, the economists have advanced a set of ‘Geneva Principles for a Global Green New Deal’.

The goal is to lay the foundations for a new multilateralism that rebuilds the rules of the global economy towards goals of coordinated stability, shared prosperity and environmental sustainability, while respecting national policy sovereignty.

5 principles for a new multilateralism:

There are multiple opportunities to put these principles into action, Mr. Kozul-Wright and Mr. Gallagher note, including the upcoming World Trade Organization (WTO) reform agenda proposals and discussions around a revised North American Free Trade Agreement (NAFTA), which groups Canada, Mexico and the United States.

The three-day spring meetings of the boards of governors of the WBG and IMF, held every April, bring together central bankers, ministers of finance and development, private sector executives, representatives from civil society organizations and academics to discuss issues of global concern, including the world economic outlook, poverty eradication, economic development, and aid effectiveness.