The UNCTAD chief said efforts to move foodstuffs to global markets will continue. 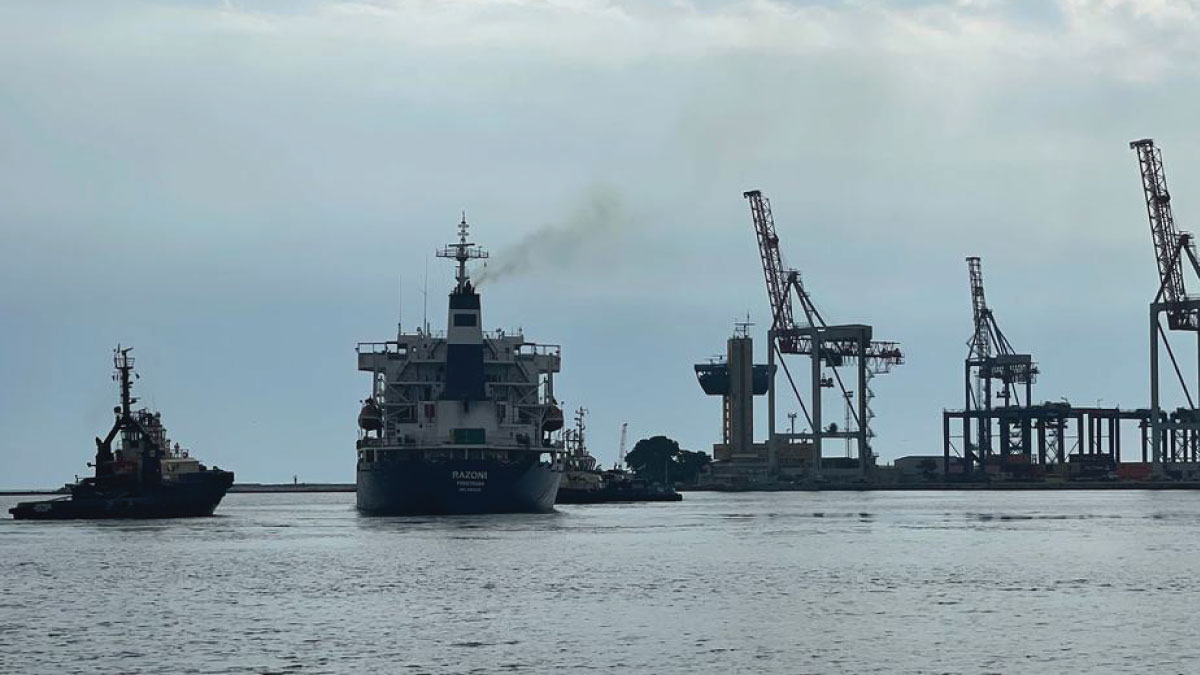 © OCHA/Saviano Abreu | The M/V Razoni sails from the port of Odesa following the authorization of the Joint Coordination Centre (JCC), established under the Black Sea Grain Initiative.

UNCTAD Secretary-General Rebeca Grynspan joined UN Secretary-General António Guterres in welcoming the departure of the first grain shipment from Ukraine on 1 August, calling it “a critical first step to provide food to millions of people in urgent need.”

Ms. Grynspan said: “We will continue with all efforts to move foodstuffs to global markets.”

The Razoni, carrying a cargo of 26,527 tonnes of corn, is the first cargo ship to leave a Ukrainian Black Sea port since 26 February, just a few days after the Russian invasion began. It is bound for the Mediterranean port of Tripoli, in Lebanon.

Mr. Guterres said the step was an achievement of the Joint Coordination Centre under the UN’s auspices, comprised of representatives of Ukraine, the Russian Federation and Türkiye.

Addressing correspondents at UN Headquarters in New York on the shipment, Mr. Guterres said the ship was loaded with two commodities in short supply, "corn, and hope."

While the "tragic war continues to rage", said the UN chief, the UN would continue working every day, "to bring relief to the people of Ukraine, and to those suffering the effects of the conflict around the world."

He said the war "must end, and peace must be established, in line with the Charter of the United Nations and international law.”

"I hope today’s news can be a step towards that goal, for the people of Ukraine and the Russian Federation, and for the world."