​Stakeholders from the coconut, cocoa and sandalwood sectors participated in a National Stakeholder Workshop sponsored by Vanuatu’s Department of Industry and UNCTAD to assess progress made to advance the development of these sectors and to officially launch two UNCTAD projects; one to construct a Market Information Service, and another to assist producers to achieve certification with Voluntary Sustainability Standards.

The United Nations Conference on Trade and Development (UNCTAD) in partnership with Vanuatu's Department of Industry reviewed progress made to advance the development of Vanuatu’s National Green Export Review (NGER) Action Plan concentrating on Coconut-Copra, Cocoa-Chocolate, and Sandalwood, during a one day workshop in Port Vila.

NGERs guide national stakeholders through a structured process to identify and develop new export opportunities in green goods and services.

"UNCTAD is committed to continue providing technical assistance to identify and formulate adequate policies and actions needed for successful development and to realize gains from a green economy" said Robert Hamwey, a member of the UNCTAD team participating in the workshop. "We recognize the Government of Vanuatu's interest in, and enthusiasm for, a green economy." 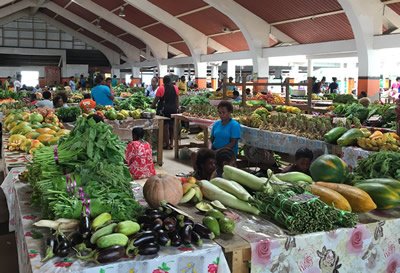 During the workshop, UNCTAD launched two new projects to construct a Market Information Service (MIS) and to assist producers to achieve certification with Voluntary Sustainability Standards (VSS) through 2019. Both projects will begin promptly with national activities through awareness raising, research, capacity building and training exercises.

At the meeting, stakeholders discussed progress on several actions highlighted in the report, and stressed the need for quick delivery on the MIS and VSS components as key elements of achieving further progress on implementing the national action plan.

Stakeholders recognized that an MIS is urgently needed to improve efficiency and output levels in these sectors by linking producers, processors and exporters to each other, and to timely and accurately generate data on production levels, prices, quality and sales volumes in these sectors. With regards to VSS, stakeholders emphasized that meeting private standards and acquiring certification was a prerequisite to access foreign markets.

Through the NGER, MIS and VSS projects UNCTAD and Vanuatu continue to work as close partners, particularly in the coconut and cocoa sectors which have many value added products and substantial market potential in both regional and global markets.

Vanuatu is predominately an agriculture economy with more than 80 per cent of its population engaging in growing and selling more than one cash crop at any given time. Despite the fact that tourism commands 40 per cent of the country’s GDP, statistics show that coconut, cocoa and recently sandalwood form the basis of everyday economic activities undertaken by the majority of economically active population.

Coconut and cocoa sectors have seen a rapid increase in the world trade, in part due to the demand-driven expansion of the "bio" and "organic" coconut and cocoa-based product markets, such as organic coconut oil cosmetic products, coconut water, and single geographic origin chocolate. Therefore, the trade expansion is characterized by the trade of these medium and high value-added goods - as seen from the Figures 1 and 2. (Source: Forthcoming UNCTAD report 2017: Sustainability assessement study on Vanuatu: Trade and agricultural policies to support small-scale farmers and enhance food security). 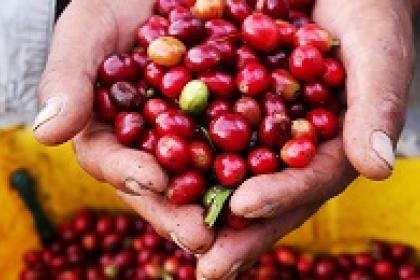