Why Angola must foster entrepreneurship and diversify its economy

As Angola’s new president João Lourenço embarks on reforms aimed at fostering a dynamic local entrepreneurial sector, his success will ultimately be judged by the fortunes of people like Alcino António, a kupapata micro-entrepreneur in the capital Luanda.

When Alcino entered the scrap metal trade, he was among only a few kupapatas (refers to his motorbike and means "hold me tight" or "hug me"). However, it wasn’t long before their success attracted others. Their numbers have skyrocketed, shrinking Alcino’s profits.

He earns enough to feed his family and put his children through school, but he never knows how much he will make each month. Whatever he takes home is spent immediately. 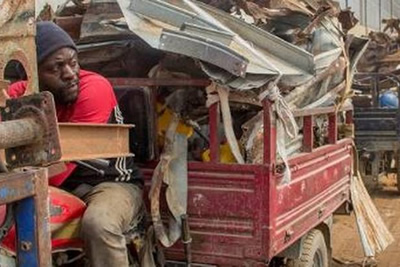 New research from my organization, the United Nations Conference on Trade and Development (UNCTAD), confirms that Alcino’s story plays out across a variety of high-volume, low-value, overtraded sectors in the least developed countries (LDCs), a group of 47 nations that includes most of sub-Saharan Africa, some Asian countries, and several island states.

Economic conditions in these countries make them fertile ground for entrepreneurs like Alcino, driven by necessity, rather than opportunity and innovation.

Despite their dynamism, low purchasing power and intense competition hamper such sectors. The jobs they generate are typically low paid.

They are usually not very innovative and don’t ratchet up the root-and-branch economic transformation that LDCs need. And they are mostly inadequate for breaking the vicious cycle of poverty that drives underdevelopment.

UNCTAD’s Least Developed Countries Report 2018, issued late last year, and subtitled Entrepreneurship for structural transformation: Beyond Business as Usual, cautions policymakers that flawed entrepreneurship policy under these conditions is at best palliative and, at worst, abets such sectors over others that can initiate a virtuous cycle of development. 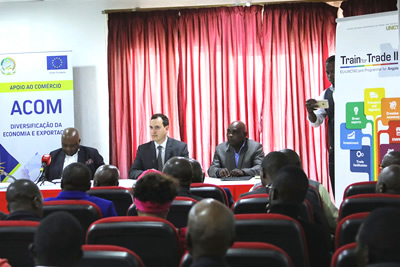 Angola is attempting to diversify its oil-dependent economy during lean times.

With the debt service-to-revenue ratio already at 89% in 2017 and looming debt maturities in 2018, Angola has little choice but to continue to nurture the oil sector in the face of an acute foreign exchange shortage.

That means the unfavourable effects created by the enclave oil sector may persist.

Entrepreneurship in Angola displays typical signs of trauma from years of conflict and distortionary effects of oil dependence. Converting entrepreneurs’ risk-averse mindset to a risk-ready one is crucial.

Otherwise, they may not respond as expected to market signals and policy support and so would not take advantage of market opportunities.

A policy approach to growing sectors or industries is likely to yield superior results for Angola and other commodity-dependent countries, rather than one that targets specific issues such as small and medium-sized enterprises and women’s entrepreneurship in isolation.

By prioritizing an increase in the quality as well as the number of local businesses, this approach also affords local entrepreneurs more opportunities to reach scale ? an essential part of development.

An excellent place to start is the myriad of existing mechanisms: the critical policy action is to reassess, rationalize, consolidate and improve them.

An “Angolization” programme launched in 2002 has, by many accounts, enjoyed tremendous success in building local human capital for the oil sector. But consolidating that success will require developing a critical mass of local managers.

Fundamentally, policymakers in Angola need to get deeply acquainted with their entrepreneurs and know the kind they wish to nurture.

It is crucial to be transparent about the criteria for choosing firms and activities to foster, but also about the performance which is required from them in exchange for the support received.

Quality entrepreneurs are those that help create wealth and transform economies.

These include innovative founders – who research, develop and bring technological innovations to market;digital founders – whose offering is accessible using digital technologies; and high-growth entrepreneurs – who want their business to grow as large as possible.

Quality entrepreneurs have the potential to deliver high impact on jobs, innovation, productivity, and social well-being.

By providing well-paid jobs and different types of employment, they can ease pressures in overtraded sectors like the one where Alcino works, and pull countries like Angola out of commodity dependence.

Read the original article on allafrica.com