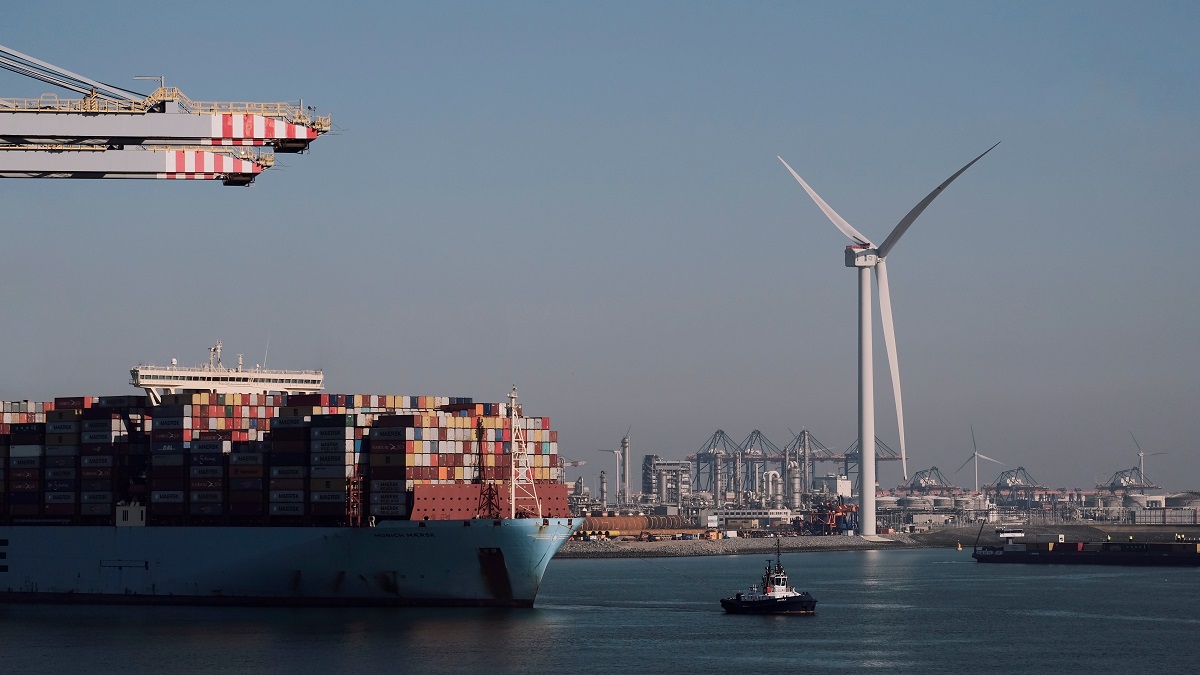 © Andrey Sharpilo/Shutterstock | A container ship arrives in the port of Rotterdam in the Netherlands.

If you’ve never lived near a port or worked in one, you may be unaware of the vital role they play in our lives.

Most of the products we consume daily travel through ports, making them a key link in the global production and supply chains we rely on.

How ports are managed has implications for economic growth, crisis response efforts, environmental protection and gender equality, placing them at the heart of sustainable development.

The efficiency of a port directly affects the economies of the countries it serves, since more than 80% of global trade is carried by sea. The percentage is even higher for many developing countries.

The COVID-19 pandemic has been a stark reminder that when ports slow down, everyone suffers.

Lockdown measures caused disruptions and delays in many ports around the globe. The median time container ships spent in ports worldwide, for example, increased by 20% between 2019 and 2021.

During the pandemic, freight rates reached record highs and have again soared in the wake of the war in Ukraine due to logistics disruptions and port congestion.

UNCTAD analysis has shown how surges in freight rates can raise the prices of goods, especially in least developed countries and small island developing states.

When disaster strikes, ports are the main point of entry for the food, water and medicine people need to survive and the fuel required to keep hospitals and health facilities running.

For example, Yemen, which is experiencing one of the largest humanitarian crises, imports through its ports about 90% of its food.

The war in Ukraine has also been a tragic reminder of the key role ports play in fighting crises like global hunger. The country was the world’s sixth largest exporter of wheat in the 2020-2021 season.

In the eight months before the conflict, more than 50 million tonnes of grain were shipped through the country’s Black Sea ports – enough to feed about 400 million people.

Now, with ports on the Black Sea blocked, the grain is stuck in silos on land or on ships, unable to move while 44 million people around the world face starvation.

While ports are vital for economic development and crisis response, the associated maritime traffic, handling of goods, and road and rail transport take a toll on the environment through air and water pollution.

This is caused by fuel-powered cargo handling equipment, ships, trucks, trains and the power plants providing the energy needed to run port operations.

The emissions include greenhouse gases such as carbon dioxide and particulate matter, which cause respiratory infections such as bronchitis and pneumonia, and chronic lung and heart diseases.

Reducing port emissions would cut air and water pollution and improve the health of over 3.5 billion people while helping curb climate change.

Ports are an important source of local employment, but they have historically created more jobs for men than women.

Data from over 50 ports working with UNCTAD’s TrainForTrade port management programme show that women held just 18% of official port jobs in 2021. The ports are spread out across Africa, Asia, Europe and Latin America.

The highest regional average was 26%, reported by the European ports that participated in the study.

A closer look showed a more encouraging global average of 42% for management and administrative roles in ports. But in cargo handling and operations, just 6% of workers were women.

The figures highlight the need to empower women port workers and to continue working towards gender equality in the sector.

This work includes the annual Review of Maritime Transport and a  multi-year expert meeting on transport, trade logistics and facilitation.

In terms of capacity-building, UNCTAD’s TrainForTrade port management programme has certified over 6,700 port managers in 140 countries on various topics.

The programme’s member ports can track their performance on a range of indicators through UNCTAD’s port performance scorecard.

And TrainForTrade’s Port Management Week, held this year from 10 to 13 May in Las Palmas de Gran Canaria, Spain, brought together over 100 senior managers from around the globe to explore how the programme could help ports contribute even more to achieving the UN Sustainable Development Goals.