​The 2014 edition of UNCTAD's flagship World Investment Report, launched in June, sparks interest from policymakers looking ahead to the Sustainable Development Goals and how to achieve them.

The World Investment Report 2014, launched globally in 41 locations on 24 June, generated intense interest from the international development community and the media, where more than 500 articles have already appeared.

The report's main findings on international investment trends show that foreign direct investment (FDI) inflows increased by 9 per cent in 2013 to $1.45 trillion. Developing countries increased their global share of FDI inflows to a record level of 54 per cent, and developing Asia now attracts more inward FDI than either the EU or the United States.

As investors, developing and transition countries have been steadily increasing their investments abroad and last year they accounted for a record 39 per cent of global FDI outflows - up from just 12 per cent in the early 2000s.

Because United Nations member States and other stakeholders are currently negotiating a post-2015 development framework - the Sustainable Development Goals (SDGs) - this year's report focuses on how private finance can be mobilized for investment in sustainable development sectors, such as climate change adaptation, infrastructure development, food security, health, and education.

Speaking at a launch event in Nairobi, Kenya, UNCTAD Secretary-General, Mukhisa Kituyi said that "the SDGs will have very significant resource implications across the developed and developing world. Estimates for investment needs in developing countries alone range from $3.3 trillion to $4.5 trillion per year."

In developing countries, especially in the least developed countries and other vulnerable economies, public finances are central to investment in sustainable development sectors. However, they cannot meet all the resource demands that the SDGs will imply: private investment will be indispensable.

The report proposes an Action Plan that presents a range of policy options and a focused set of policy packages that can help shape a big push for private investment in sustainable development.

"Our Action Plan… is meant to serve as a point of reference for policymakers at national and international levels in their discussions on ways and means to implement the SDGs. It constitutes a basis for further stakeholder engagement. UNCTAD aims to provide a platform to further such engagement through its biennial World Investment Forum, and the digital Investment Policy Hub," Dr. Kituyi said. 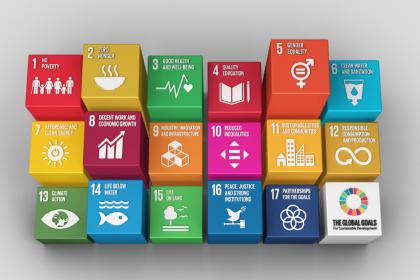