​Foreign direct investment (FDI) into West Asia1  maintained its downward trend in 2014 for the sixth consecutive year, decreasing by 4 per cent to $43 billion, according to UNCTAD's World Investment Report 20152

The continuing decline in FDI inflows since 2009 stems from a succession of crises that have hit the region, the report says, including the global economic crisis and an eruption of political unrest leading to conflict in some countries. This has deterred FDI not only into countries directly affected but also into neighbouring countries and those across the region, the report says.

Turkey remained the largest FDI recipient where inflows maintained almost the same level as the previous year, registering a slight 2 per cent decrease to $12 billion (Figure 1). However, growth was uneven across different activities. Real estate acquisitions increased by 29 per cent and accounted for 25 per cent of total FDI flows in 2014. FDI to the manufacturing sector rebounded by 30 per cent to $3 billion after a steep fall in 2013. But flows into public utilities and financial services dropped by 44 and 55 per cent to $1 billion and $2 billion respectively. While investment flows into Jordan and Lebanon remained stable in 2014, deteriorating security in Iraq cut short a recent resurgence of FDI there.

FDI remained sluggish even in the oil-rich Gulf Cooperation Council (GCC) countries, the region's main FDI destination (61 per cent in 2009–2014). It was down by 4 percent to $22 billion in 2014, despite these states having been relatively unscathed by political unrest and enjoying robust economic growth in recent years. Flows into the United Arab Emirates and Saudi Arabia – the region's second and third largest recipients – registered slight declines and remained about $10 billion and $8 billion respectively. 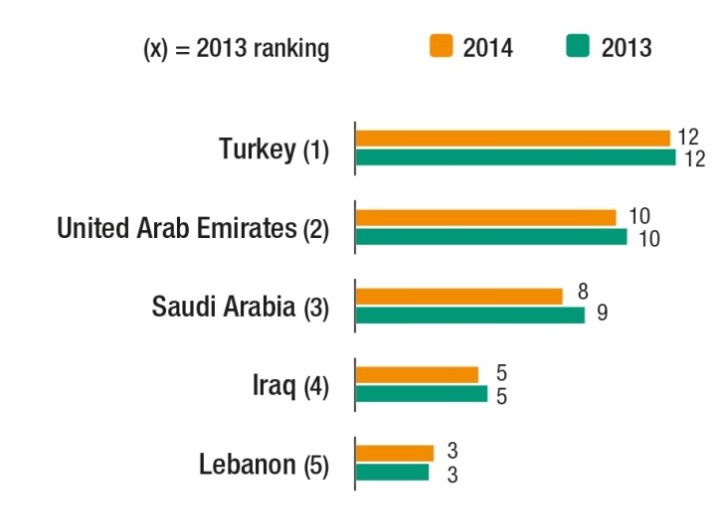 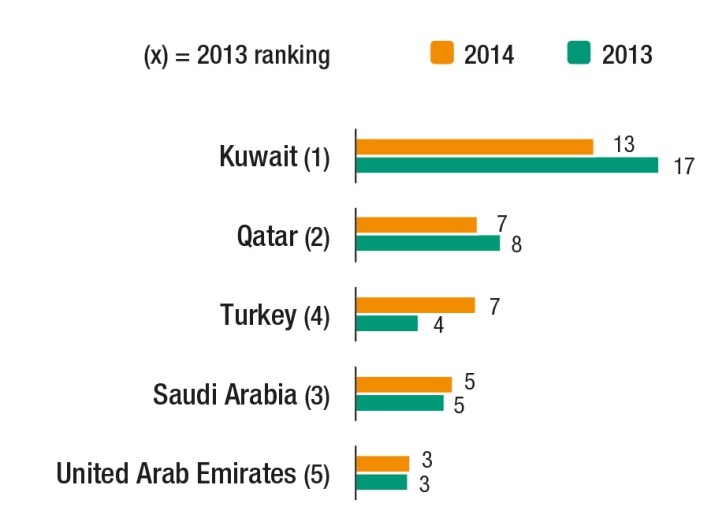 The decline of FDI flows into West Asia, the report says, has occurred within a regional context of weakening private investment and strengthening public investment in relation to GDP starting from 2008. This was most evident in GCC economies and has translated into state-led construction growth focused on infrastructure and oil and gas development, opening opportunities for foreign contractors to engage in new projects in the region through less risky non-equity modes (Figure 3). 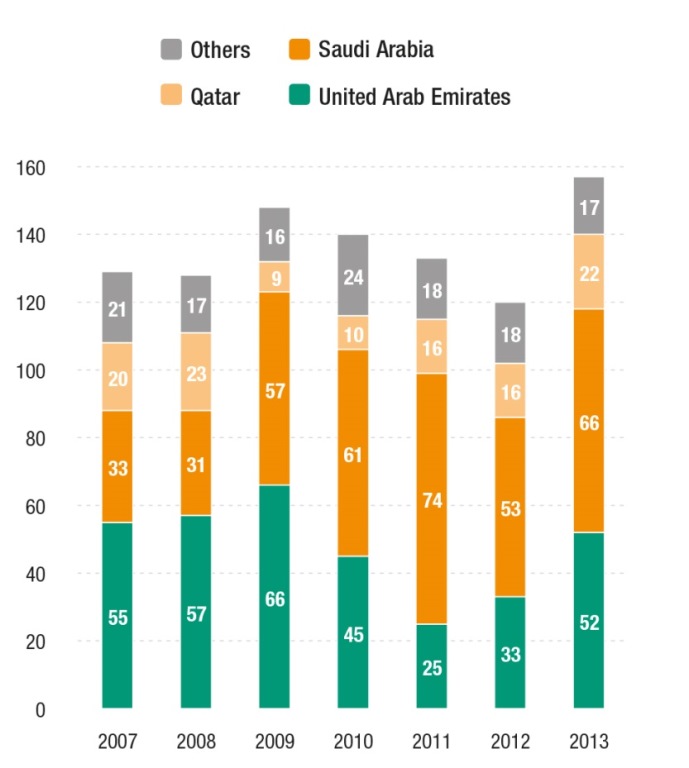 Among foreign contractors present in the GCC construction projects market, companies from the Republic of Korea − including Daelim Industrial, Samsung Engineering, Hyundai E&C and Daewoo E&C − have been predominant actors since 2009, displacing established competitors by bidding against traditional top-tier contractors.

The sharp fall in oil prices since 2014 is likely to have had a significant impact on the construction market in the GCC by directly affecting oil and gas projects, but also projects in other sectors through the impact of a fiscal squeeze on government spending. However, huge fiscal reserves will still allow further state spending, and priority will most likely be given to ongoing and strategic