​Tax avoidance can be tackled while promoting investment in sustainable development, according to the UNCTAD World Investment Report 2015 1 , released amid ongoing debate and policy work in the international community on the fiscal contribution of multinational enterprises.

“The policy imperative is to take action against tax avoidance to support mobilization of domestic resources and continue to facilitate productive investment for sustainable development,” UNCTAD Secretary-General Mukhisa Kituyi said.

The report suggests ways these issues can be addressed through “synergistic” policies, especially in light of financing needs for the 2016–2030 sustainable development goals to be set by the United Nations in September. It presents a set of guidelines to promote greater coherence between international tax and investment policies. The key points in the report are:

An investment perspective on tax avoidance puts the spotlight on the role of offshore investment hubs (tax havens and special purpose entities in other countries) as major players in global investment. Some 30 per cent of cross-border corporate investment is routed through offshore hubs before reaching its destination as productive assets (figure 2).

• Tax planning, among other factors, has contributed to the exaggerated role that offshore hubs play in global corporate investment. Multinational enterprises employ a range of tax avoidance levers, many of which make use of investment structures involving entities in offshore investment hubs.

• Tax avoidance practices by multinational enterprises are a global problem relevant to all countries because investments from offshore hubs are made in developing and developed countries alike. However, profit shifting out of developing countries can have a significant negative impact on their prospects for sustainable development. Developing countries are often less equipped to deal with highly complex tax avoidance practices because of lack of technical expertise and resources.

• Tax revenue losses for developing countries related to inward investment stocks that are directly linked to offshore hubs total an estimated $100 billion a year. There is a clear relationship between the share of offshore-hub investment in host countries’ inward FDI stock and the reported (taxable) rate of return on foreign direct investment. The more investment is routed through offshore hubs, the less taxable profits accrue. On average, across developing economies, every 10 percentage points of offshore investment is associated with a 1 percentage point lower rate of return.

Schemes such as the base erosion and profit shifting project led by the Organization for Economic Cooperation and Development and the Group of 20 major economies focus mostly on tax avoidance, but UNCTAD argues that additional measures to support sustained investment are needed for global economic growth and development.

Ongoing anti-avoidance discussions in the international community pay limited attention to investment policy. The report argues, though, that the role of investment in building the corporate structures that enable tax avoidance is fundamental.

A set of guidelines for coherent international tax and investment policies may help realize the synergies between investment policy and initiatives to counter tax avoidance. Key objectives include removing aggressive tax planning opportunities as investment promotion levers; considering the potential impact on investment of anti-avoidance measures; taking a partnership approach in recognition of shared responsibilities between host, home and conduit countries; managing the interaction between international investment and tax agreements; and strengthening the role of both investment and fiscal revenues in sustainable development as well as the capabilities of developing countries to address tax avoidance issues. 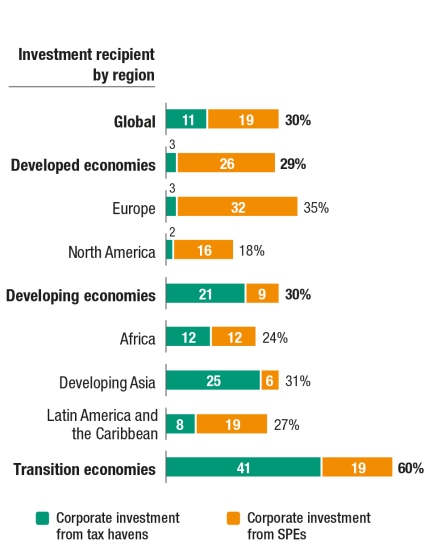