Explore the key messages and graphs

The Trade and Development Report 2022 warns that monetary and fiscal policy moves in advanced economies risk pushing the world towards global recession and prolonged stagnation, inflicting worse damage than the financial crisis in 2008 and the COVID-19 shock in 2020.

According to the report, rapid interest rate increases and fiscal tightening in advanced economies combined with the cascading crises resulting from the COVID pandemic and the war in Ukraine have already turned a global slowdown into a downturn with the desired soft landing looking unlikely.

In a decade of ultra-low interest rates, central banks consistently fell short of inflation targets and failed to generate healthier economic growth. Any belief that they will be able to bring down prices by relying on higher interest rates without generating a recession is, the report suggests, an imprudent gamble.

At a time of falling real wages, fiscal tightening, financial turbulence and insufficient multilateral support and coordination, excessive monetary tightening could usher in a period of stagnation and economic instability for many developing countries and some developed ones.

This year’s interest rate hikes in the United States are set to cut an estimated $360 billion of future income for developing countries (excluding China) and signal even more trouble ahead, the report warns.

“There’s still time to step back from the edge of recession ...

We have the tools to calm inflation and support all vulnerable groups. This is a matter of policy choices and political will. But the current course of action is hurting the most vulnerable, especially in developing countries and risks tipping the world into a global recession.”

“The real problem facing policy makers is not an inflation crisis caused by too much money chasing too few goods, but a distributional crisis with too many firms paying too high dividends, too many people struggling from paycheck to paycheck and too many governments surviving from bond payment to bond payment."

This episode of The Weekly Tradecast talks about the Trade and Development Report 2022 with economist and author Richard Kozul-Wright, director of UNCTAD’s globalization and development strategies division. 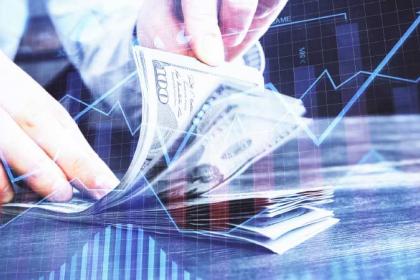