90% of fish stocks are used up – fisheries subsidies must stop

The name of our planet is misleading. We call it Earth. Yet, over 70% of its surface is covered by the ocean. Sometimes we forget how essential the ocean is for the water we drink, the air we breathe, for human activity and for life.

Year after year, we have been pushing the boundaries of the ocean’s sustainability, and in so doing we have been challenging our own.

The list of ocean’s troubles is long, but there is one item that demands immediate attention: harmful fisheries subsidies.

It is sobering to consider that nearly 90% of the world’s marine fish stocks are now fully exploited, overexploited or depleted, and there is no doubt that fisheries subsidies play a big role. Without them, we could slow the overexploitation of fish stocks, deal with the overcapacity of fishing fleets, and tackle the scourge of illegal, unreported and unregulated fishing.

Image: Food and Agriculture Organization of the United Nations.

This is important because fish accounts for 17% of all animal protein consumed in the world; at 26%, this share is even higher in the poorest and least developed countries. The ocean is also an important source of income. Nearly 60 million people work in fisheries and aquaculture, and it is estimated that 200 million jobs are directly or indirectly connected with the fisheries sector.

Image: Food and Agriculture Organization of the United Nations.

Fish also remains one of the most traded food commodities worldwide, and 54% of this trade comes from developing countries. For these countries, the fish trade generates more income than most other food commodities combined.

For all these reasons, the sustainability of fisheries is therefore essential for the livelihoods of billions of people in coastal communities around the world, especially in developing countries, where 97% of fishermen live.

But if we stay on our current course, we will push one of the planet’s prime food sources to the limit and compromise our ambitions for a better world by 2030.

The subsidies that do harm to fisheries, and which have underpinned the dramatic decrease of fish stocks in the last 40 years, must be withdrawn by 2020. Only that way can we begin to achieve the targets that the international community signed up for when it endorsed the Sustainable Development Goals.

Where we stand now, the cost is great: harmful fisheries subsidies are estimated to total more than $20 billion a year. Not only do they fuel overexploitation, they disproportionately benefit big business. Nearly 85% of fisheries subsidies benefit large fleets, but small-scale fisheries employ 90% of all fishers and account for 30% of the catch in marine fisheries. The value of these subsidies could be used instead to invest in sustainable fisheries, aquaculture and coastal community livelihoods to reduce the pressure on fish stocks.

Fisheries subsidies come in many forms, and sometimes they are not easy to identify, but one of the main sources is fuel subsidies. Thanks to subsidies, the retail price of marine gas oil varies wildly across countries and regions, with many countries selling below the global average price.

Sustainable Development Goal 14 – which concerns the ocean – contains a target that calls on World Trade Organization members, “to prohibit certain forms of fisheries subsidies which contribute to overcapacity and overfishing, eliminate subsidies that contribute to illegal, unreported and unregulated fishing and refrain from introducing new such subsidies” by 2020.

Global leaders adopted this goal by consensus in 2015, but for too long now, potential solutions have been postponed. Harmful fisheries subsidies have been on the table for nearly two decades, since the WTO Doha Round was launched in 2001; and in 2017, at the WTO 11th Ministerial Conference in Buenos Aires, it was again agreed “to continue to engage constructively”.

But no agreement was reached. The new WTO target is to do so in 2019. WTO members have since redoubled efforts and have been negotiating throughout 2018.

In attempt to accelerate dialogue and understanding between countries on this issue, a United Nations-led coalition has organized the forthcoming Second Oceans Forum on Trade Related Aspects of Sustainable Development Goal 14 taking place in Geneva on 16-17 July.

The goal of the forum is to pave the way for a definitive outcome on fisheries subsidies by 2019, in time to meet the commitment made under Goal 14. The event will also examine ways that fisheries and seafood value chains can be more sustainable and more inclusive.

Unlike other targets in the Sustainable Development Goals, eliminating harmful fisheries subsidies would not require money. On the contrary, it would free resources that governments could reallocate in pursuit of sustainable development objectives like better education, healthcare and tackling climate change.

In our view, there can be no excuses for kicking this can further down the road.

The clock is ticking. It is time for the trade community to do the right thing, to protect the planet and its people, and come together in agreement on the prohibition of harmful fisheries subsidies. 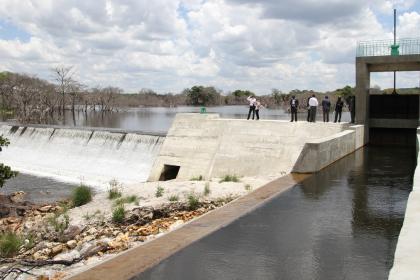