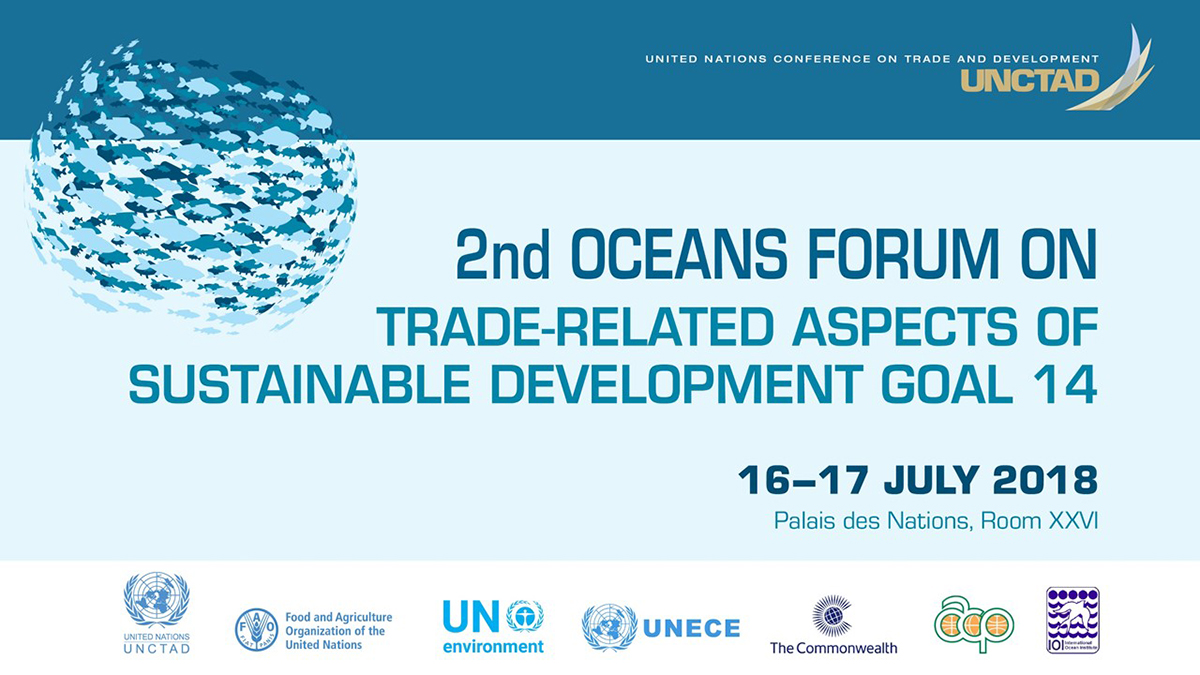 Fish and seafood is one of the most traded food commodities in the world. Some 38 per cent of world production enters international trade, of which more than half originates in developing countries. Global exports reached 153 US$ billion in 2017, slightly up compared to 2016. The net trade income for developing countries (export – import), valued at US$ 36 billion in 2016, is greater than all other agricultural commodities combined. Around 58 million people are directly employed in fisheries and aquaculture, with some 200 million direct and indirect employment opportunities occurring along the value chain from harvesting to distribution. Hence the livelihoods of some 660 to 880 million people depend on the sector. However, the basis of this prosperity is fragile, as wild stocks are under increasing pressure, and improvements are necessary to more effectively harness the power of trade within value chains and their related services.

In 2016, global capture fishery production consisted of 81.5 million tonnes from marine waters and 10.3 million tonnes from inland waters. Since the early 2000s, despite a relatively steady total capture, the state of the world’s marine fish stocks has not improved, although notable progress has been observed in some areas or species. The share of fish stocks below biologically sustainable levels (overfished) increased from 10 per cent in 1974 to 31.4 per cent in 2013. The fully fished stocks represented 58.1% in 2013 and require effective management regimes to ensure they don’t become overfished. Given this trend, the role of aquaculture in meeting current and future demand will be significant, as estimates indicate that by 2030 around two third of the total seafood output will be farmed.

Global value chains (GVCs) in the fishing and seafood sector (including other marine species such as crustaceans, mollusks and seaweed) tend to be vertically integrated, as in the case of food and agricultural commodities. However, the associated activities of trade within GVCs are diverse, including fishing harbours, landing sites, refrigeration and processing facilities, maritime and logistical services, insurance, financial services, maintenance and repair of fishing vessels, and related hotel and restauration services. Although such activities provide significant employment and economic benefits to both countries at large and local coastal communities, they are not always effectively harnessed to enhance value addition. Opportunities exist to extend current value chains in capture fisheries and aquaculture, both upstream (e.g. vessel support services or support services to farms) and downstream (e.g. processing output into higher-value products).

A systems-wide approach is required, which situates fish and seafood value chains within the context of a broader oceans/blue economy, in recognition of the linkages between sectors. Participating in multiple value chains which service different sectors can enhance the diversification of inputs (e.g. seaweed) and outputs (e.g. nutraceuticals). Coastal and insular developing countries need to ensure that interlinkages between the seafood sector and other key sectors such as transport, logistics and tourism services are a key priority in their oceans/blue economy strategies to increase value addition, as has already been demonstrated for Mauritius, Seychelles and Cape Verde. UNCTAD, FAO, UN Environment, UNECE, Commonwealth, the ACP Group and the IOI are ready to support other countries to develop their own oceans economy and trade strategies to improve value addition, market access, diversification and environmental and social sustainability.

In line with the values already ascribed to within the Commonwealth Charter, the Commonwealth Blue Charter for sustainable ocean development establishes guiding principles for its members in relation to sustainable oceans economy development. The advancement of a regenerative development process - as opposed to regressive trajectories and vicious growth cycles – which encompasses the oceans economy is, solution-orientated.

The Oceans Forum is a unique global platform to take stock, exchange experiences and present options for the implementation of trade-related targets of SDG 14 (Targets 4, 6, 7 and b) through the involvement of leading United Nations Agencies, regional bodies, government institutions and civil society organizations. The second Forum will seek to identify challenges and opportunities that sustainability and further integration of the seafood value chain and related services may present within the framework of the oceans/blue economy. The Forum will provide state of the art analysis, share country experiences and identify public and private best practices towards generating policy recommendations and proposing specific actions to meet the trade-related targets of SDG 14, building upon existing United Nations Conference outcomes, FAO, UNEP and UNECE agreements and instruments, soft law and other trade-related instruments.