The average annual growth rate of products certified under "eco-labels" or voluntary sustainability standards (VSS) across all commodity sectors except biofuels in 2012 was a stunning 41%, reveals one of two comprehensive reports to be presented to the United Nations Forum on Sustainability Standards (UNFSS) on January 31 at 10.00 am in Conference Room XXVI,
Palais des Nations, Geneva, Switzerland.

The report is being launched alongside the first Measuring Sustainability Report of the Committee on Sustainability Assessment (COSA). Together these major reports provide the most comprehensive review to date of market trends, system performance and impact research on popular sustainability standards, and ask how sustainability initiatives actually affect farmers, communities and the environment in low and middle-income countries.

"Multi-billion dollar market segments now accommodate no fewer than 435 sustainability standards or 'eco-labels' claiming some aspect of sustainability," COSA President, Daniele Giovannucci said. "Some of these are a response to the failure of public policies to deliver results in the most critical aspects of our food supplies. So, it is becoming increasingly important to know how effective they are and, indeed, how sustainable any initiative really is."

The reports will be a critical resource for supply-chain decision-makers such as business executives, policymakers, investment advisers, standard setters and non-governmental organizations.

The SSI Review 2014 provides a bird's eye view of market and performance trends of the 16 most prevalent standards initiatives - such as the Forest Stewardship Council, Organic, and Rainforest Alliance - across ten leading commodity sectors. Certified goods with an estimated trade value of US$31.6 billion in 2012 were studied.

The COSA Measuring Sustainability Report, Mr. Giovannucci said, "illuminates the salient findings from nearly 18,000 surveys conducted between 2009 to 2013 in Africa, Asia and Latin America for coffee and cocoa -- two important commodities that are bellwethers for sustainability trends in other crops."

Key findings of the SSI Review include:

Key findings of the COSA Measuring Sustainability Report include:

Overall, the COSA and SSI reports show that the opportunities for voluntary standards to enable positive and transformational changes across major mainstream markets are now well established and continue to grow, but that taking full advantage of them requires a better understanding of field level impacts as well as a host of strategic policy measures to support technical assistance and cost-internalization at the market level. 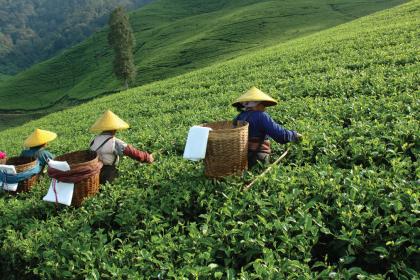 Minding the gap to foster better trade for sustainable development