The report highlights how commodity-dependent developing countries will be directly affected by climate change, and indirectly by mitigation and adaptation policies pursued not only by themselves but also by third countries.

Economic and export diversification is the best response to the challenges posed by climate change in developing countries that depend on commodities, according to UNCTAD’s Commodities and Development Report 2019.

The diversification could be horizontal, which entails venturing into new goods and sectors to reduce dependence on a narrow range of commodities, or vertical, which involves moving the value chain of a commodity up to increase its worth, says the report entitled “Commodity Dependence, Climate Change and the Paris Agreement”.

According to the report, a successful diversification strategy will likely include a combination of horizontal policies, such as strengthening human capital through investments in education and health, and targeted measures to promote individual sectors. 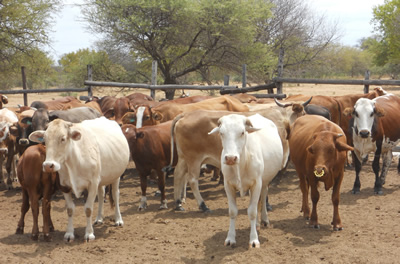 “The climate crisis poses an existential threat to commodity-dependent developing countries and will result in the collapse of some economies if decisive action is not taken now,” UNCTAD Secretary-General Mukhisa Kituyi said.

“Now more than ever before, these countries need to assess their diversification potential and reduce their commodity dependence, which for decades has kept them exposed to volatile markets and climate change,” Dr. Kituyi added.

Although commodity-dependent developing countries contribute only modestly to climate change, the climate crisis puts them at most risk. They are more vulnerable primarily because they are economically dependent on sectors that are highly exposed to extreme weather events, the report states. Small island developing states (SIDS) are among the worst affected.

Rising sea surface temperatures pose significant risks to the SIDS that derive a large share of their merchandise export earnings from fisheries, such as Kiribati (88% in 2013–2017), Maldives (79%) and the Federated States of Micronesia (75%).

The negative effects of climate change on crop and fisheries production are more severe in low-latitude regions, where most commodity-dependent developing countries are located, the report observes.

Equally at risk are high-income, fossil-fuel-dependent countries, such as Brunei Darussalam, Kuwait and Qatar, which have some of the highest levels of greenhouse gas emissions per capita. They could be profoundly affected by the stranding of their major natural resource as a result of the growing push towards greener sources of energy, the report says.

The report underscores that the high risk faced by commodity-dependent developing countries reinforces their need to adapt, diversify and modernize their economies. They must also adapt to the effects of the climate response measures undertaken by other countries, which are expected to reduce the demand for some key commodities on which they depend.

Tackling climate change presents some opportunities to commodity-dependent developing countries, according to the report.

It notes that the global push towards renewable energy and energy efficiency creates opportunities in countries with large reserves of materials used in clean technologies, such as solar photovoltaic cells, wind turbines and electric vehicle batteries.

For example, in 2018 the Democratic Republic of the Congo accounted for 58% of the global supply of cobalt, a key commodity used in the production of electric vehicle batteries, while Chile and Argentina jointly accounted for 71% of global reserves of lithium, another key component in the manufacture of batteries.

Fighting climate change could also create opportunities to boost production of alternatives to cattle meat and milk, the report says. It points out the case of livestock in some drylands in Africa, where increased drought frequency and declining feed availability have encouraged pastoralists to adopt camels to supplement or replace cattle.

According to the report, the quest for climate mitigation and adaptation has spurred investments in technological innovations that could benefit commodity-dependent countries. One example is the adoption of cost-efficient solar photovoltaic cells, which could bolster energy security and support commodity sectors in remote areas that are not connected to national power grids.

Paris Agreement: What needs to be done?

The report echoes warnings from experts that commitments made by countries to mitigate climate change under the Paris Agreement are not ambitious enough. The commitments need to quadruple to limit global temperature rise to 1.5°C above pre-industrial levels, the report notes.

The report makes clear that adopting a higher ambition in the implementation of countries’ climate commitments will require stronger political will and greater mobilization of financial and human resources.

It underlines that climate-related funding, which is currently only a fraction of actual requirements, needs to be substantially scaled up given the high cost of climate change mitigation and adaptation.

For example, the total cost of implementation of climate action plans for 80 developing countries that have specified their financing needs is estimated at US$5.4 trillion, the report notes. This is the order of magnitude of the total amount spent on energy subsidies every year in the world.

In addition, the report states that greening fiscal policies can help to ensure taxes, subsidies and similar policy instruments contribute to the implementation of climate action plans and the achievement of the sustainable development goals.

Also, the capacities of commodity-dependent developing countries to undertake climate actions need to be strengthened, according to the report. This includes building technical and regulatory capacities to design institutions and implement policies to support mitigation and adaptation strategies.

Further, developed countries need to meet their commitment under the Paris Agreement to transfer environmentally friendly technologies to developing countries to help them effectively participate in global efforts to mitigate and adapt to the climate crisis.