As policymakers in least developed countries address COVID-19’s social and economic consequences, they must ensure recovery efforts are gender responsive. 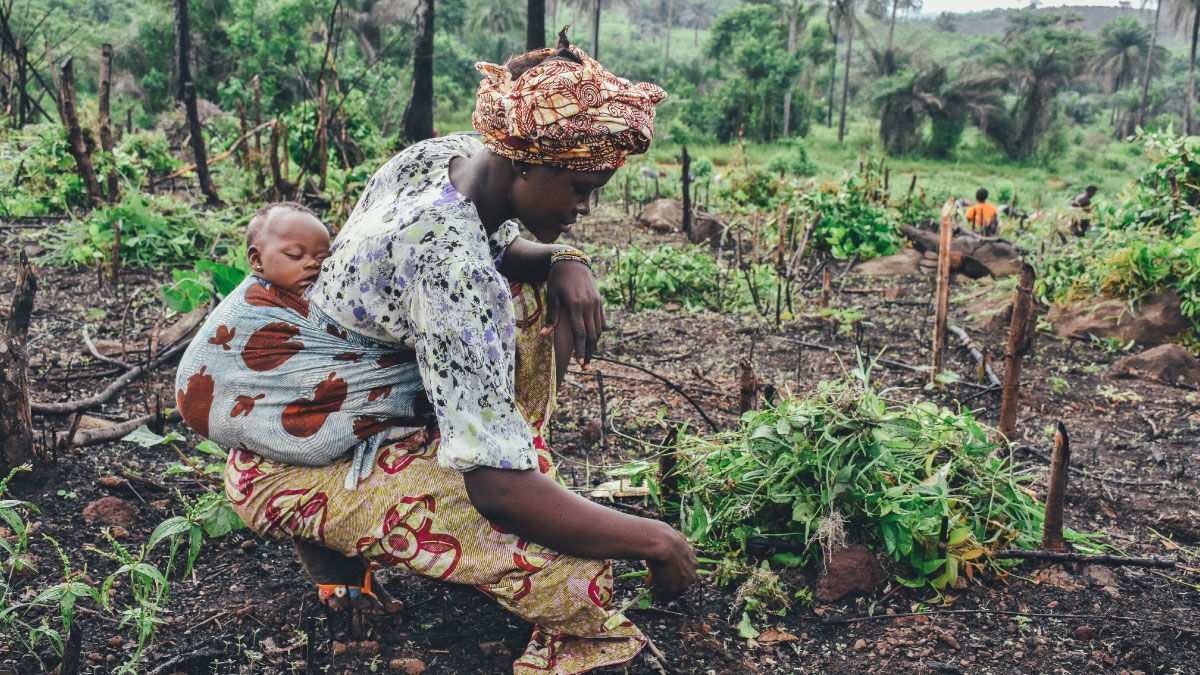 Although the number of confirmed COVID-19 cases per capita have been lower in least developed countries (LDCs) than expected, the socio-economic fallout for their populations has been dire, pushing an estimated 32 million more people into extreme poverty in 2020.

Women in these countries have borne the brunt of the crisis, as they work mainly in the hardest-hit sectors, such as tourism, horticulture and textiles.

A new study by UNCTAD and the Enhanced Integrated Framework (EIF) warns that the gender gap in income and overall well-being in LDCs will continue to worsen unless COVID-19 recovery efforts adopt a gender perspective.

“As policymakers urgently try to restart their economies, they should ensure that both women and men receive the necessary means and support to recover from this crisis,” UNCTAD Acting Secretary-General Isabelle Durant said as she presented the study on 8 March.

“For an inclusive and better recovery, policies must be gender sensitive.”

EIF head Ratnakar Adhikari said: “We had a long way to go to fix the world’s gender gap, and the pandemic has made the journey even more arduous, especially in the world’s poorest countries, where the challenges facing women are even more dire.”

“But if we’re committed to transforming the lives of women across the globe, we have to start with the least developed countries.”

The report launch was held as part of UNCTAD’s Les 8 du mois – Until we’re there initiative to keep gender equality issues on the agenda every month.

The analysis and discussions will feed into the high-level debates on vulnerability and inequality during UNCTAD15 – the organizations 15th ministerial conference set for the week of 3 October.

The economies of LDCs – a group of 46 countries that more than 1 billion people call home – are highly dependent on a few exports.

For some, such as most African LDCs, these are agricultural goods and minerals. For others they’re textiles (most Asian LDCs) or tourism services (small islands).

Such a dependence on exports and lack of economic diversity makes the group extremely vulnerable to the ups and downs of global trade and world markets.

The worry that women will benefit less than men as trade picks back up lies in the different roles men and women play in LDCs’ main export sectors, the report says.

Held back by subsistence farming

In LDCs, women make up between 41% and 45% of total employment in agriculture, but gender segregation holds them back in subsistence farming due to their traditional role of providing food security for the family.

“This means that women working in agriculture in LDCs earn less than men and are less able to take advantage of export opportunities,” said Simonetta Zarrilli, head of UNCTAD’s trade, gender and development programme.

These include customary laws that prevent women from owning land and other property that would help them get credit.

Solutions may include policies to boost women’s participation in extension services as well as targeted loan programmes for women in key export sectors.

Formalization can have unintended consequences

Informal work in artisanal and small-scale mining is an important source of income for women in LDCs, especially in Africa.

For example, women make up around 75% of workers in small-scale mining in Guinea and 50% in Mali. But they mainly perform tasks that are paid less, rely on manual labour and entail high health risks, such as crushing marble.

The report warns that the push to formalize artisanal and small-scale mining could leave women further behind in the sector.

“Women are mostly excluded as license holders and decision-makers in miners' cooperatives and committees, especially in sub-Saharan Africa, so they’re unlikely to benefit from formalization focused on licenses and cooperatives,” Ms. Zarrilli said.

To avoid such an outcome, the report urges governments to simplify formalization procedures and ensure women have the tools and knowledge necessary to successfully complete required steps.

Manufacturing exports are especially important in Asian LDCs, as well as a few African ones, and there has been “a feminization” of jobs in export processing zones (EPZs) – exclusive areas where imported materials undergo some degree of processing before being exported.

In Cambodia, half of employees in these zones are women. And they make up more than 62% of the workforce in Haiti’s EPZs.

While the wages in EPZs are higher than outside the zones – 17% higher in Lesotho, for example – women still hold jobs that are lower on the wage scale, and labour standards are often inadequate.

Within the manufacturing sectors across LDCs, women are concentrated in the lower-paid, lower-skilled positions, while management roles are more frequently held by men – who therefore benefit more when LDCs’ manufacturing exports increase.

To help reduce the concentration of women in low-skilled manufacturing jobs, the report says governments should give more priority to active labour market policies, such as vocational training programmes, and demand-side policies, including programmes that provide incentives to specific sectors.

A new approach to tourism

In African and island LDCs, tourism offers women important entrepreneurship and employment opportunities – though most are informal and temporary.

In Tanzania, for example, 38% of women don’t have formal contracts. This is the case for 46% of the women working in tourism in Mozambique.

Like manufacturing, the sector is also marked by intense job segregation, with men holding most management and leadership positions while women perform primarily the low-skilled, low-paid tasks, such as housekeeping, kitchen work and waitressing.

“Advancing gender equality goals through the sector would require a tourism model based more on small and medium-sized enterprises,” Ms. Zarrilli said, citing the examples of agri-tourism, eco-tourism and community tourism.

“Another promising path to support women in the LDCs,” she said, “would be to build stronger links between tourism and other economic sectors, including agricultural value chains, garments and the production of handicrafts.”

The “Trade and Gender Linkages: An analysis of Least Developed Countries” study is also a new training module for UNCTAD’s online course on trade and gender. A new cohort of 184 trainees, including government officials, academics and civil society representatives, started the course on 31 May and are expected to complete the training on 25 July.