New projections show stronger growth than expected in 2021, but the untackled problems of inequality, indebtedness and weak investment threaten hopes for a more resilient future. 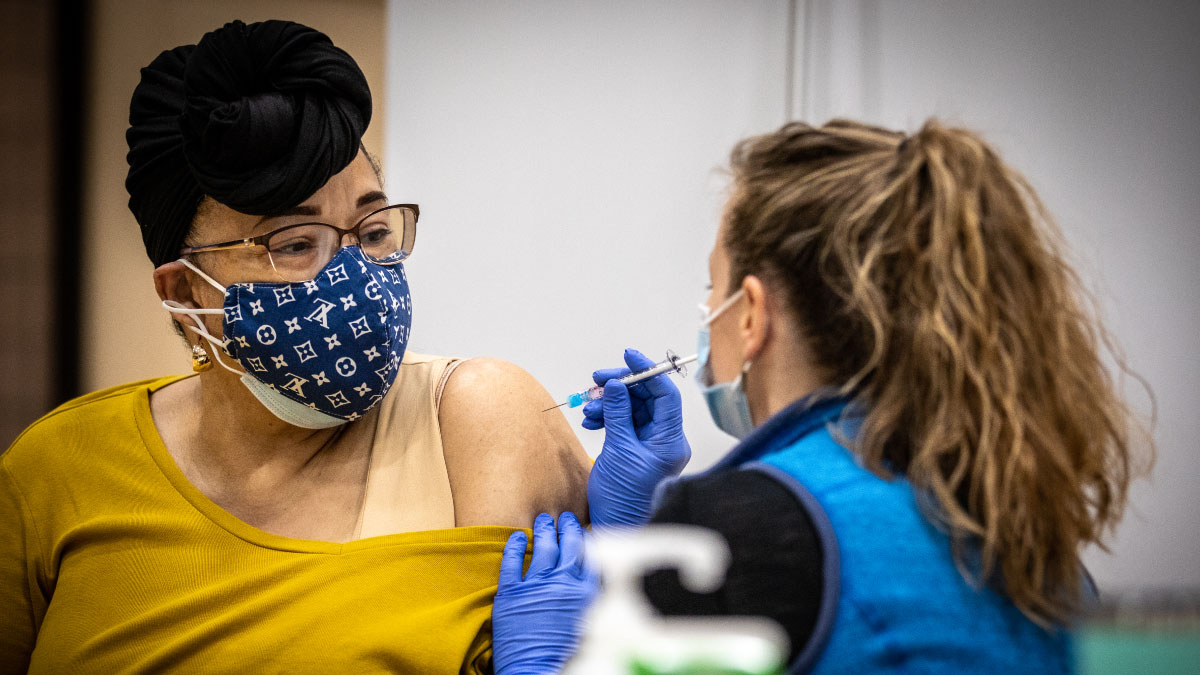 A teacher gets vaccinated against COVID-19 on 6 February 2021 in Des Moines, Iowa (United States). / © Phil Roeder

The global economy is set to grow by 4.7% this year, faster than predicted in September (4.3%), thanks in part to a stronger recovery in the United States, where progress in distributing vaccines and a fresh fiscal stimulus of $1.9 trillion are expected to boost consumer spending, says a new UNCTAD report.

But this will still leave the global economy over $10 trillion short of where it could have been by the end of 2021 if it had stayed on the pre-pandemic trend (Figure 1) and with persistent worries about the reality behind the rhetoric of a more resilient future.

“A misguided return to austerity after a deep and destructive recession is the main risk to our global  outlook,” says the report, Out of the frying pan …Into the fire?, published on 18 March as an update to UNCTAD’s Trade and Development Report 2020.

“V” is for vulnerable

The brunt of the hit to the global economy is being felt in developing countries with limited fiscal space, tightening balance of payments constraints and inadequate international support, according to UNCTAD. And while all regions will see a turnaround this year, potential downside health and economic risks could still produce slippages.

Looking further ahead, the report says outdated economic dogmas, weak multilateral cooperation and a widespread reluctance to tackle the problems of inequality, indebtedness and insufficient investment – all worsening thanks to COVID-19.

It suggests that, without a change of course, the new normal for many will be an unbalanced recovery, vulnerability to further shocks and persistent economic insecurity.

Describing 2020 as an “annus horribilis”, the report acknowledges that things could have been worse.

A combination of preemptive Central Bank action to avoid a financial meltdown, swift and sizeable relief packages in advanced countries, a bounce-back in capital flows and commodity prices and the unprecedented fast-tracking of vaccine development all helped to avoid an even more vicious deflationary spiral taking hold.

However, the impact of these actions has been uneven, with K-shaped recoveries emerging within and across countries. Developing countries have experienced some of the largest personal income drops relative to GDP.

In countries where poverty levels are already high and large parts of the labour force are working in informal jobs, the immediate impact of even a small downturn in economic activity can be devastating. The World Bank estimates a quarter of a billion more people will slide into poverty (on a $3.20 daily benchmark) as a result of the pandemic.

Despite the scale of the global health and economic crisis, international cooperation has fallen well short of what is needed.

The report compares the $12 billion of suspended debt servicing (for the year June 2020 to June 2021) for the 46 countries participating in the G20’s Debt Service Suspension Initiative (DSSI) to the $80 billion in debt service payments in 2019 by the 73 eligible DSSI countries and over a trillion dollars for all developing countries.

Equally, the refusal by advanced countries to support a waiver on trade-related aspects of intellectual property rights (TRIPS) at the World Trade Organization to help boost vaccine availability has signalled a priority of profits over people in the fight against the pandemic.

The global recovery that began in the third quarter of 2020 is expected to continue through 2021, albeit with a good deal of unevenness and unpredictability, reflecting epidemiological, policy and coordination uncertainties.

The report sees a misguided return to austerity, after a deep and destructive recession, as the main risk to its global outlook, especially in the context of fractured labour markets and deregulated financial markets in advanced economies.

But even barring an immediate return of austerity, the report notes, it will take more than one year for output and employment to return to their pre-COVID-19 levels in most countries with employment, income inequality and public welfare over the medium term depending on the evolution of policy responses.

The report warns, however, that COVID-19 will likely have lasting economic, as well as health consequences, which will require continued government support.

The report sees signs that emerging growth strategies post COVID-19 across the world are reverting to their pre-crisis norm, with an undue emphasis on exports in parts of east Asia and western Europe, loose monetary policy and asset-fuelled consumption in the US, and reliance on private capital inflows and commodity exports in Africa and Latin America.

The $1.9 trillion stimulus package in the US is grounds for encouragement. However, while the package contains large cash transfers, there is much less direct spending on consumption and investment, which would offer the safest route to aggregate demand expansion and a green transition. This makes the full effect of the package uncertain.

More troubling, according to the report, is that other advanced countries are lagging far behind (Figure 2).

There are also signs that the new US administration is extending its efforts to the multilateral level, endorsing a $500 billion issuance of new special drawing rights to support global liquidity at the upcoming G20 meeting, previously blocked by the Trump administration.

This is a welcome move but, according to the report, the scale of the debt threat, particularly for developing countries, cannot be reduced without debt forgiveness and the adoption of a functioning debt workout mechanism.

It calls for a more wholesale rewriting of the rules of the economic game if the mistakes of the 2009 financial crisis are not to be repeated and the goal of an inclusive, sustainable and resilient global economy realized by 2030.