Speakers at the UNCTAD 62nd Trade and Development Board said that international investment agreements must preserve States' abilities to adopt policies that support the SDGs. A better balance between the rights and obligations of investors and host States are needed, as are improved arbitration mechanisms.

Consensus among policymakers is that the international investment regime needs reform, asserted UNCTAD Secretary-General Mukhisa Kituyi during a roundtable discussion on 16 September. The questions that remain, he explained, concern the extent of the reform and how best to implement it.

The discussion brought together representatives of governments, international organizations, academia and civil society. All agreed with Dr. Kituyi on the urgent need for reform, especially in light of the new global development agenda. Concerning the "what" and the "how" of reform, while different approaches have been adopted, the speakers concurred on the need to strike a better balance between the rights and responsibilities of foreign investors and host countries and to seek improved procedures, including alternative mechanisms to settle investment-related disputes.

James Zhan, Director of UNCTAD's Division on Investment and Enterprise, explained that in addressing the challenges as highlighted by Secretary-General Dr. Kituyi, UNCTAD has formulated the Investment Policy Framework for Sustainable Development to guide a new generation of investment policy making, and an Action Menu for reforming the existing investment treaty regime, which consists of nearly 3,300 international investment agreements (IIAs). These policy tool kits are now used by policy makers and treaty negotiators worldwide.

The extensive scope of the provisions is accompanied by an arbitration system that lacks transparency and legitimacy, according to several speakers.

Nathalie Bernasconi-Osterwalder, from the International Institute for Sustainable Development, called for the creation of an institutional mechanism at the regional or multilateral levels that would be detached from any one specific investment treaty. More importantly, she explained, it should allow for the participation of a wider array of affected or interested stakeholders and deal with issues raised by affected persons or communities.

The speakers commended UNCTAD for the 2015 World Investment Report, which, they said, offers an action menu for implementing investment reform, providing tools and options for countries to use to find their own way and approach for reform. They concluded by saying that they expect UNCTAD to continue to play a leadership role in this ongoing debate. 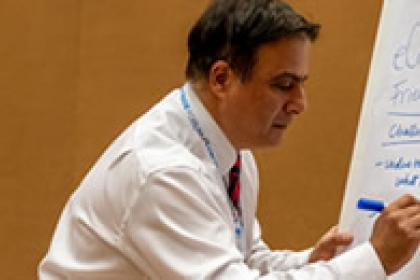