Seaborne trade expanded by a healthy 4% in 2017, the fastest growth in five years, while UNCTAD forecasts similar growth this year, according to its Review of Maritime Transport 2018. Volumes across all segments are set to grow in 2018, with containerized and dry bulk commodities expected to record the fastest growth at the expense of tanker volumes.

The 2018 edition of the UNCTAD Review of Maritime Transport, marking its 50th year of publication, was launched at the Global Maritime Forum’s Annual Summit taking place in Hong Kong on 3–4 October 2018.

While the prospects for seaborne trade are positive, these are threatened by the outbreak of trade wars and increased inward-looking policies.
Escalating protectionism and tit-for-tat tariff battles will potentially disrupt the global trading system which underpins demand for maritime transport. 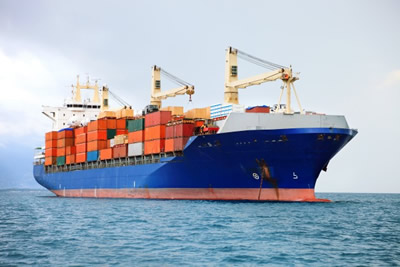 The warning comes against a background of an improved balance between demand and supply that has lifted shipping rates to boost earnings and profits. Freight-rate levels improved significantly in 2017 (except in the tanker market), supported by stronger global demand, more manageable fleet capacity growth and overall healthier market conditions.

Supply-demand improvements, namely in the container and dry bulk shipping segments, are expected to continue in 2018. Freight rates may benefit accordingly, although supply-side capacity management and deployment remain key. UNCTAD projects an average annual growth rate in total volumes of 3.8% up to 2023.

On the supply side, after five years of decelerating growth, 2017 saw a small pick-up in world fleet expansion. During the year, a total of 42 million gross tons were added to global tonnage, equivalent to a modest 3.3% growth rate.

Meanwhile, in 2018, the Marshall Islands emerged as the second largest registry, after Panama and ahead of Liberia. More than 90% of shipbuilding activity in 2017 occurred in China, the Republic of Korea, and Japan, while 79% of ship demolitions took place in South Asia, notably India, Bangladesh and Pakistan.

As of January 2018, the Top 15 shipping lines accounted for 70.3% of all capacity. Their share has increased further with the completion of the operational integration of the new mergers in 2018, with the Top 10 shipping lines controlling almost 70% of fleet capacity as of June 2018.

Growing consolidation can reinforce market power, potentially leading to decreased supply and service quality, and higher prices. Some of these negative outcomes may already be in effect. For example, in 2017–2018, the number of operators decreased in several small island developing States and structurally weak developing countries.

“There is a need to assess the implications of mergers and alliances and of vertical integration within the industry, and to address any potential negative effects. This will require the commitment of all relevant parties, notably national competition authorities, container lines, shippers and ports,” Shamika N. Sirimanne, Director of UNCTAD’s Division on Technology and Logistics, said.

Increases in the size of vessels and the rise of mega-alliances have heightened the requirements for ports to adapt. While liner shipping networks seem to have benefited from efficiency gains arising from consolidation and alliance restructuring, for ports, the benefits did not evolve at the same pace. This dynamic is further complicated by the shipping lines often being involved in port operations which in turn could redefine approaches to terminal concessions.

Technological advances in the shipping industry, such as blockchain applications, cargo and vessel tracking, autonomous ships, and the Internet of Things, hold opportunities for the global shipping industry. However, there is still uncertainty within the maritime transport industry regarding possible safety, security and cybersecurity incidents, as well as concern about negative effects on the jobs of seafarers, most of whom come from developing countries.

The climate change agenda remains a priority. The shipping industry must reduce greenhouse gas emissions, the report says, welcoming among international efforts the April 2018 adoption by the International Maritime Organization (IMO) of an initial strategy aimed at reducing by at least half the total annual emissions from ships by 2050 compared to 2008.

The IMO strategy identifies potential short-, mid- and long-term further measures with possible timelines, and their impacts on States, highlighting the need to pay attention to the needs of developing countries, especially small island developing States and least developed countries.

Depending on the outcome of negotiations and the specific design of any future instrument, it will be important to assess the related potential implications for carriers, shippers, operating and transport costs as well as the cost of trade. It will also be important to assess the benefits associated with these measures, including market-based instruments in shipping and how these could be directed to address the maritime transport and logistics challenges facing developing countries, the report says.