The world economy is heading into troubled waters, with recession in 2020 now a clear and present danger, according to UNCTAD’s Trade and Development Report 2019 released today.

Warning lights are flashing around trade tensions, currency movements, corporate debt, a no-deal Brexit and inverted yield curves but there is little sign that policy makers are prepared for the storm ahead.

The report calls for a focus on boosting jobs, wages and public investment to replace policymakers’ obsession with stock prices, quarterly earnings and investor confidence.

Even ignoring the worst of the downside risks, the report projects global growth to fall to 2.3% in 2019, compared with 3% in 2018. But several big emerging economies are already in recession (Figure 1) and some advanced economies (including Germany and the United Kingdom) are dangerously close.

The slowdown in growth in all the major developed economies, including the US, confirms that relying on easy monetary policy and asset price rises to stimulate demand produces, at best, ephemeral growth, while tax cuts for corporations and wealthy individuals fail to trigger productive investment.

Trade growth is set to slow sharply this year following weakening global demand, compounded by the unilateral tariff actions of the United States administration; trade growth dropped to 2.8% last year and is likely to be closer to 2% this year.

The bigger concern, according to the report, is that 10 years on from the crisis, the global economy remains excessively financialized and fragile. Talk of currency manipulation is exaggerated but if history is any guide, the underlying threat portends serious trouble for the monetary system; while, efforts to stymie technological progress in the South by revising trade rules could have a chilling effect on international cooperation.

Despite their weak record since the crisis, unconventional monetary measures — negative interest rates and quantitative easing — along with further rounds of trade liberalization, remain the go-to policies for addressing weakness in the global economy.

UNCTAD is calling for a fundamental rethink of “business as usual”. The report argues for a Global Green New Deal, supported by a new approach to international monetary arrangements aimed at promoting productive trade and reining in predatory finance. This approach would boost public investment with an eye to averting an environmental breakdown and promote wage-led growth in place of finance-led growth.

While economic worries are mounting in the advanced world, the growth deceleration is likely to be more painful in many developing regions, notably Southern Africa, Latin America, South and West Asia.

Even before the rising trade tension, growth rates were slipping in parts of the developing world as a result of falling capital inflows — following announcements of monetary tightening by leading central banks — which have in some cases already turned negative, compounded by falling commodities prices.

According to Richard Kozul-Wright, director of UNCTAD’s division of globalisation and development strategy, “talk of convergence between North and South amongst international investors has been exaggerated; for many developing countries, per capita income divergence is the new normal” (figure 2).

These weaknesses are emerging in the context of a significant build-up of debt across the developing world, much of it short term and denominated in foreign currencies, with the biggest increases in the private sector.

The report finds that by 2017, total developing-country debt had reached its highest level on record, at 190% of GDP (figure 3). Contrary to popular narratives, this is mainly composed of private sector debt, which has risen from 79% of GDP in 2008 to 139% in 2017, rather than public sector debt which represented just 51% of GDP in 2017. The increase in private debt since the financial crisis has been particularly sharp in high-income countries, reaching 165% of GDP in 2017 (figure 3) but the trend is also visible in low-income countries (figure 3).

A global economic downturn could push many of these states into debt distress. The report repeats its longstanding call for debt relief and restructuring if sustainable development is to be achieved in the coming decade. 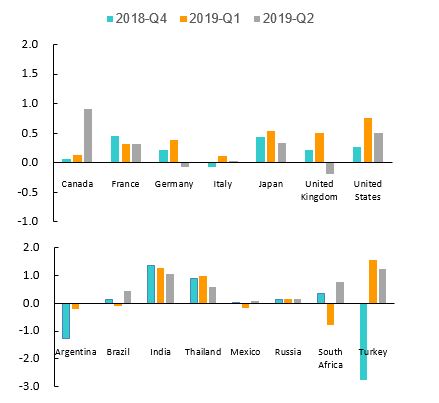 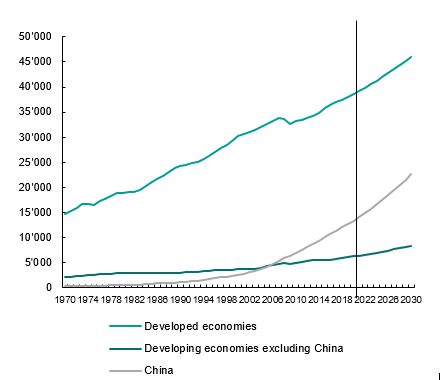 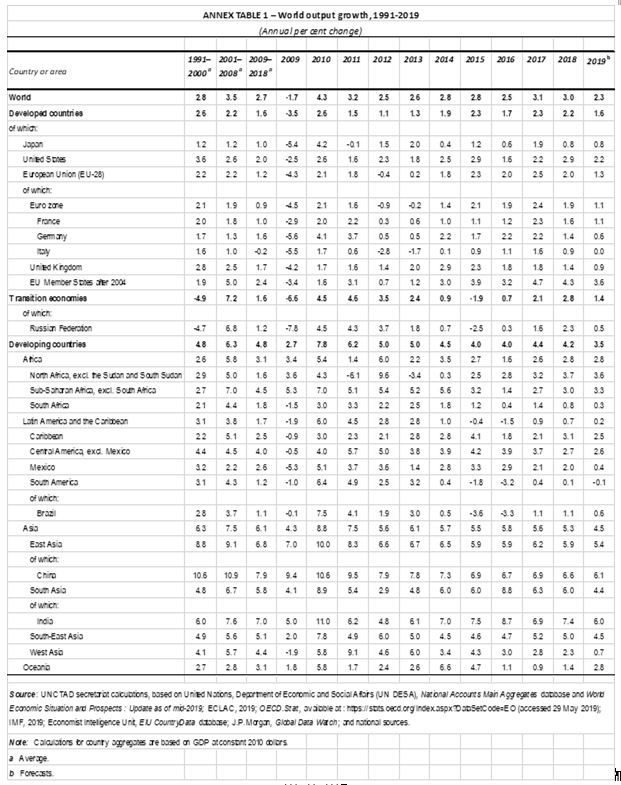