FDI inflows to China reached $129 billion in 2014, an increase of about 4 per cent (Figure 1), the report says. This was mainly driven by an increase in FDI to the services sector, while FDI fell in manufacturing, especially in industries that are sensitive to rising labour costs. Inflows to Hong Kong (China) rose by 39 per cent to an annual amount of $103 billion. This phenomenal growth was driven by a surge in equity investment associated with some large cross-border mergers and acquisitions (M&As), such as the purchase of a 25 per cent stake in A.S. Watson Co. by Singapore's Temasek Holdings for $5.7 billion.

FDI inflows to Singapore, the dominant recipient in South-East Asia, rose by only 4 per cent to $68 billion, while the performance of other South-East Asian economies differed significantly. Inflows to Indonesia rose by 20 per cent to about $23 billion, driven by a significant increase in equity investment. Viet Nam, as an important location for low-cost production by foreign companies in the sub-region, saw its inflows increase 3 per cent to $9.2 billion in 2014. As a result of cost advantages, efficiency-seeking FDI in manufacturing to low-income countries in the Association of South-East Nations (ASEAN) increased, sometimes driven by large projects, such as an announced investment of $600 million by the Taekwang and Huchems Group (Republic of Korea) in Myanmar.

The report says that international investment in infrastructure has been on the rise, with intra-regional FDI being a major driving force in East and South-East Asia. Connectivity between countries and economies is intensifying across a number of parameters. In particular, infrastructure is a primary component of regional connectivity, especially in electricity, telecommunications, transport and water industries. Nevertheless, uneven development in infrastructural connectivity between countries, sub-regions and sectors persists. More recently, new initiatives at national, regional and international levels are increasing the prospects for expansion of infrastructure investment and connectivity across the region – and beyond.

Multinational enterprises are major investors in infrastructure and thereby contribute to enhanced regional connectivity, the report says. Inward FDI stock data of some major economies in the region demonstrate that the overall scale of foreign infrastructure investment in some economies is very large.

In East Asia, for example, FDI stock in transport, storage and telecommunications had reached $33 billion in Hong Kong (China) by the end of 2012. In South-East Asia, FDI stock in the same sectors stood at $37 billion in Singapore and $15 billion in Thailand, also in the same year. But, the report says, equity investment by multinationals in infrastructure in the region has regained strength. In 2014, the value of cross-border M&As in infrastructure industries nearly tripled to reach $17 billion. Despite a drop in announced greenfield projects, international investment in infrastructure has demonstrated significant growth over the past two years.

Rising intra-regional FDI flows are contributing to international investment in infrastructure development and connectivity. In general, the rise in intra-regional FDI has provided an impetus to intensified infrastructural connectivity, with China, Hong Kong (China), Japan, Malaysia and Singapore being among the most important sources of investment and operations. An estimated 45 per cent of outward investment by Asian multinationals in infrastructure industries targeted their own region. Intra-regional projects accounted for a much higher share in cross-border M&As than announced in greenfield projects (Figure 2).

The report also says that FDI numbers consistently under-report the full extent of participation by multinationals in infrastructure connectivity. A fuller picture reveals that the contributions of multinationals through non-equity and mixed forms such as build, operate and transfer (BOT) are significant in the region. In many cases, a public-private partnership (PPP) is developed.

Some projects based on BOT as well as other concession structures have leveraged significant foreign capital and contributed to infrastructure build-up in industries such as electricity and transport. For example, AES Corp (United States) partnered with POSCO Power Corp (Republic of Korea) and China Investment Corporation (a major Chinese sovereign wealth fund) in developing the Mong Duong II power plant in Viet Nam. With a BOT-type agreement with the Vietnamese government, the project will involve a total investment of $1.4 billion and is likely to set an example for PPP-based power projects in the host country.

In transport, a number of large projects have been signed or are currently being planned on the PPP/concession basis in South-East Asian countries. In Indonesia, for instance, a number of such projects in transport infrastructure have been recorded with an amount of total investment above $1 billion, including for example the West Coast Expressway concession and the Soekarno-Hatta Railway Project. 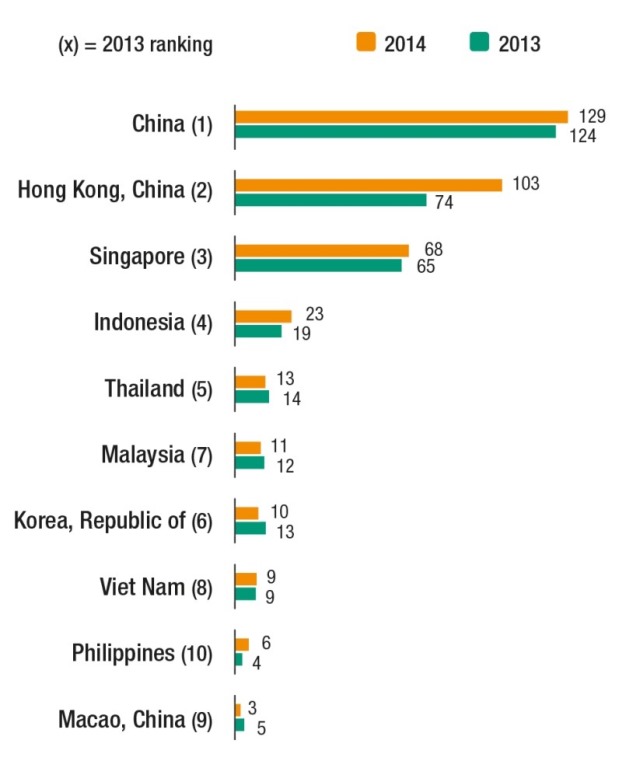