Global Competition for Investment Prompts a Surge in Special Economic Zones, UN Report Finds
More than 1,000 zones created in the last 5 years, and at least 500 more in the pipeline for the coming years

A new wave of industrial policies and increasing competition for international investment has sparked a boom in the establishment of special economic zones (SEZs), according to UNCTAD’s World Investment Report 2019.

The industrial zones, which offer fiscal incentives and streamlined regulations to attract foreign direct investment (FDI), are common in most developing and many developed economies. More than 145 economies operate such zones today.

“There are many examples of SEZs that have played a key role transforming economies, promoting greater participation in global value chains and catalysing industrial upgrading,” said UNCTAD Secretary-General Mukhisa Kituyi.

“But for every success story there are multiple zones that did not attract the anticipated influx of investors, with some becoming costly failures,” Dr. Kituyi added.

SEZs are remodelling as they look beyond manufacturing to attract more investment, in line with shifts in the global economy.

Some focus on new industries, such as high-tech, financial services, or tourism. Others are targeting environmental performance, science commercialization, regional development or urban regeneration.

International cooperation on zone development is increasingly common, the report finds. Many zones are being built through bilateral partnerships.

The report observes that only a few countries regularly assess the performance and economic impact of their SEZs, and therefore proposes an SEZ sustainable development profit and loss statement to guide policymakers in the design of a comprehensive monitoring and evaluation system.

The report emphasises the need for financial and fiscal sustainability of zones, as their broader economic growth impact can take time to materialize.

High up-front costs due to over-specification, subsidies for zone occupants, and transfers to zone regimes of already operating firms pose the greatest risks to fiscal viability.

The report sets out lessons learned on the design, operations and governance of zones aimed at minimizing risks and maximizing the development impact of zones.

Finally, the report shows how the 2030 Agenda to achieve the Sustainable Development Goals (SDGs) provides an opportunity for the development of SDG model zones.

Such zones would seek to attract investment in SDG-relevant activities, adopt the highest levels of ESG standards and compliance, and promote inclusive growth through linkages and spillovers.

Figure 1 - Historical trend in SEZs (Numbers of countries and SEZs) 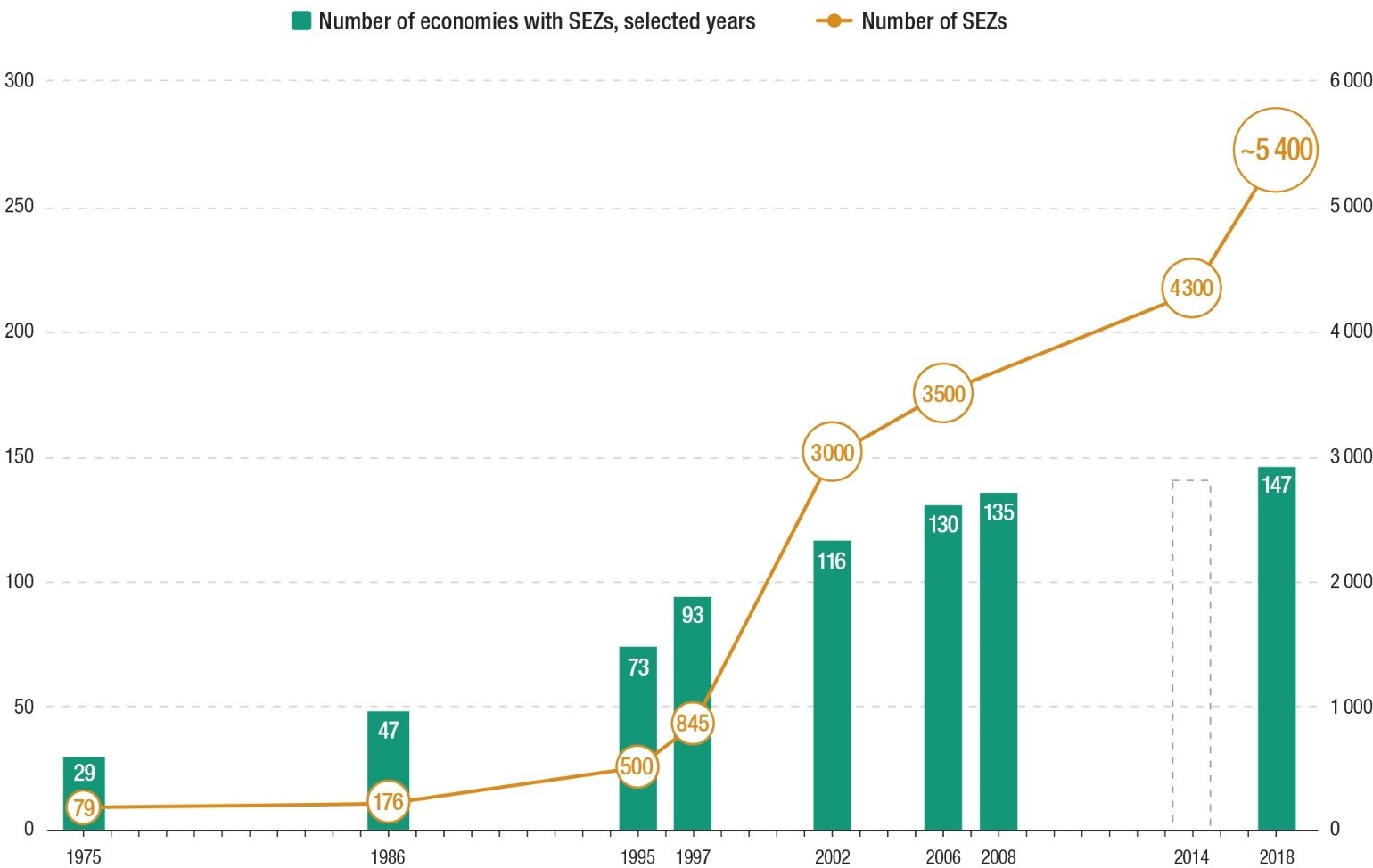 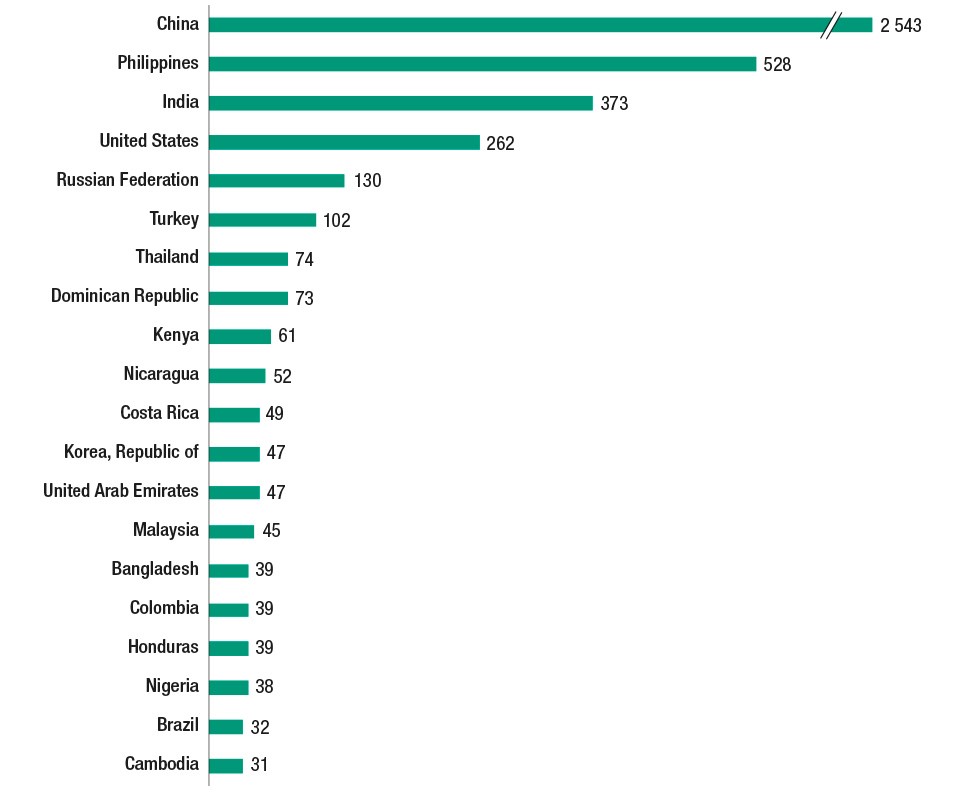