Thirty-seven countries and economies adopted at least 63 policy measures – of these, 47 were related to liberalization, promotion and facilitation of investment while just 9 introduced new restrictions or regulations on investment (mostly related to national security concerns and strategic industries). The share of liberalization and promotion increased from 73 per cent in 2013 to 84 per cent in 2014 (figure 1).2

“In 2014, more than 80 per cent of investment policy measures were aimed at improving entry conditions and reducing restrictions, with the focus on investment facilitation and sector-specific liberalization,” UNCTAD Secretary-General Mukhisa Kituyi said. “However, UNCTAD notes that relatively few measures – 8 per cent since 2010 – were specifically targeted at increasing private sector participation in key sustainable development sectors such as infrastructure, health, education and climate change mitigation.”

The number of new international investment agreements continued to slow down in 2014, following a steady trend since the end of the 1990s. The report also reviews international investment agreements concluded in 2014 and finds that they include provisions geared towards safeguarding the right to regulate for the public interest, including for sustainable development objectives. For example, the new agreements tend to incorporate general exceptions, clarifications to key protection standards, clauses that explicitly recognize that the parties should not relax health, safety or environmental standards in order to attract investment, limits on the scope of treaties and carefully crafted investor–State dispute settlement provisions. All these provisions are important elements in the current debate over international investment agreement reform.

Also, the report reveals that in 2014, investors initiated 42 known investor–State dispute settlement cases pursuant to international investment agreements (figure 3), representing an important drop from the level initiated in the three previous years and more on a par with the average number of disputes in the years 2003–2009. In 2014, investors challenged, among other things, government measures in utilities, energy and renewables such as the revocation of licences for the supply of electricity and gas, the regulation of energy and water tariffs, and the cancellation of investment incentives schemes in solar energy. 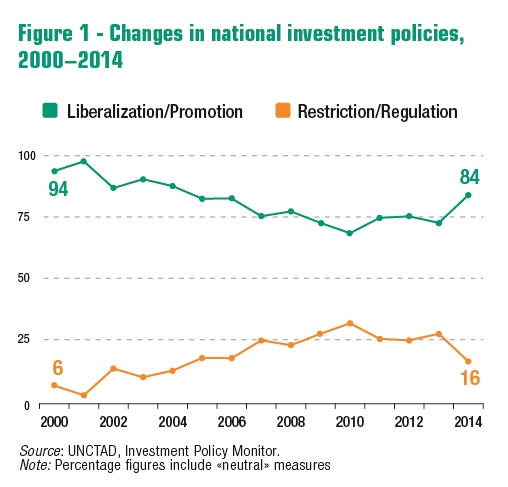 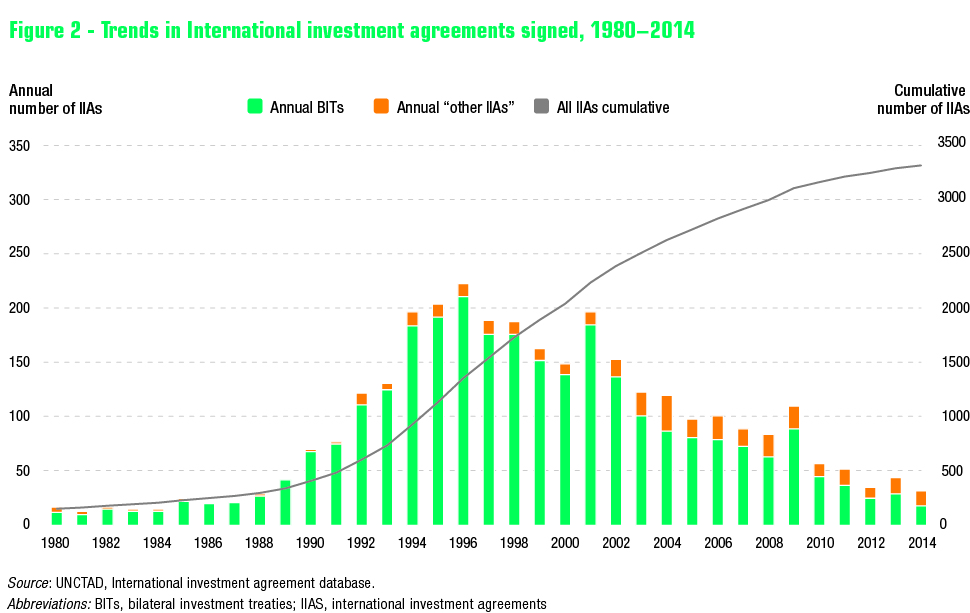 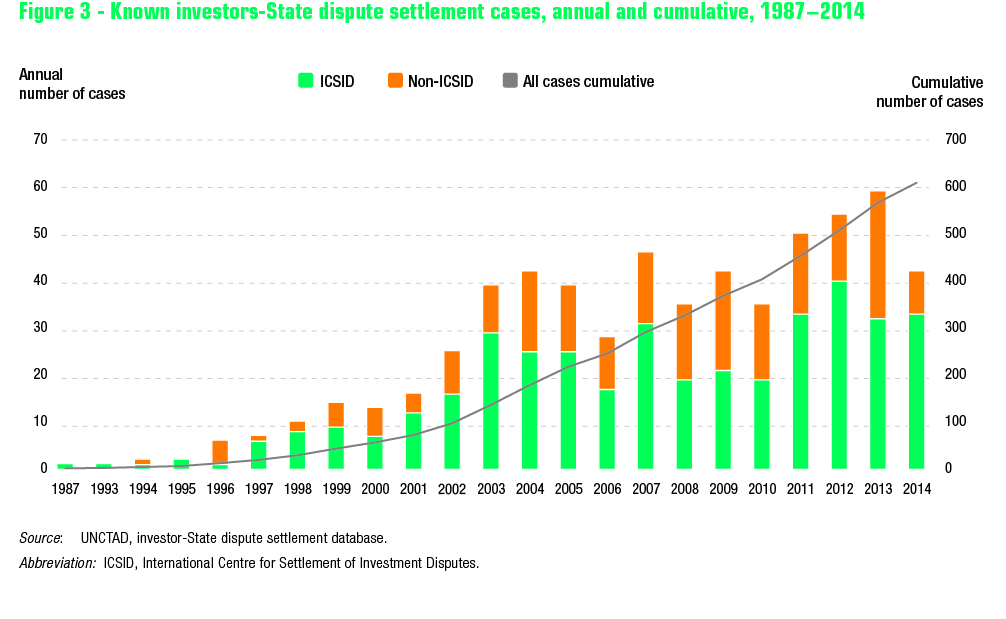