​Global foreign direct investment (FDI) flows fell by 23% in 2017, to $1.43 trillion from $1.87 trillion in 2016, according to UNCTAD’s World Investment Report 2018. The decline is in stark contrast to other macroeconomic variables, which saw substantial improvement in 2017.

“Downward pressure on FDI and the slowdown in global value chains are a major concern for policymakers worldwide, and especially in developing countries,” UNCTAD Secretary-General Mukhisa Kituyi said. “Investment in productive assets will be needed to achieve sustainable development in the poorest countries.”

The global fall was caused in part by a 22% decrease in the value of cross-border mergers and acquisitions (M&As). But even discounting the large one-off deals and corporate reconfigurations that inflated FDI in 2016, the 2017 decline remained significant. The value of announced greenfield investment – an indicator of future trends – also fell by 14%, to $720 billion.

Prospects for 2018 are therefore muted. Global flows are forecast to increase marginally but remain well below the average over the past 10 years. An escalation and broadening of trade tensions could negatively affect investment in GVCs. Tax reforms in the United States are likely to significantly affect global investment patterns.

UNCTAD observed that the negative FDI trend is caused in large part by a decrease in rates of return. The global average return on foreign investment is now at 6.7%, down from 8.1% in 2012. Return on investment is in decline across all regions, with the sharpest drops in Africa and in Latin America and the Caribbean. The lower returns on foreign assets also affect longer-term FDI prospects.
As a result of the investment downturn, the rate of expansion of international production is slowing down. The modalities of international production and of cross-border exchanges of factors of production are shifting from tangible to intangible forms. Sales of foreign affiliates continue to grow (up 6 per cent in 2017) but productive assets and employees are increasing at a slower rate. This could negatively affect the prospects for developing countries to attract investment in productive capacity.

Growth of GVCs has also stagnated. GVC trade peaked in 2010–2012 after two decades of continuous increases. UNCTAD’s data shows foreign value added in trade (the key GVC indicator) down 1 percentage point to 30% of trade in 2017. The GVC slowdown shows a clear correlation with the FDI trend and confirms the impact of the FDI trend on global trade patterns.

FDI remains the largest external source of finance for developing economies. It makes up 39% of total incoming finance in developing economies as a group. It now accounts for less than a quarter in the least developed countries (LDCs), with a declining trend since 2012.


Figure 1: Foreign direct investment inflows, global and by group of economies, 2005–2017
(Billions of dollars and per cent) 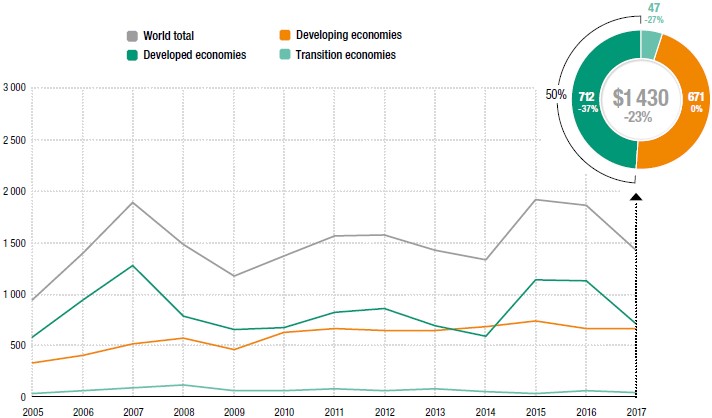 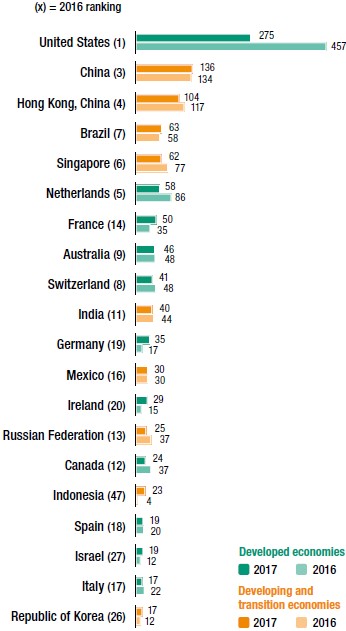 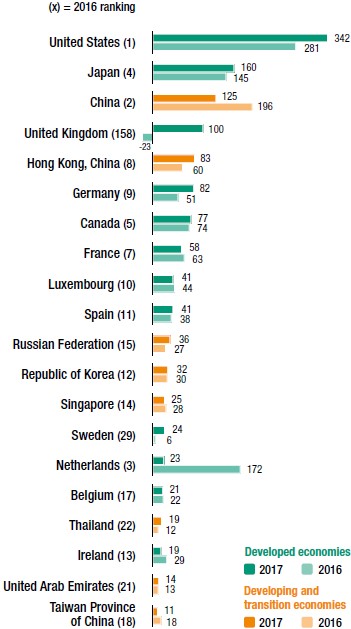