​The government of Cambodia has asked UNCTAD to help guide it through the changing landscape of trade agreements by consulting on a new trade policy on market access.

Seeking to reformulate the Cambodian trade agenda in a proactive manner, Cambodian officials and private sector participants met with UNCTAD representatives to discuss the initial draft of a paper titled "Towards a new trade policy on market access for Cambodia: Identifying a positive agenda among challenges and opportunities" in Phnom Penh on 8-10 April 2015.

Mr. Inama elaborated the draft paper, which analyzes trade effects that may arise from Association of Southeast Asian Nations (ASEAN)-European Union (EU) free-trade agreements and the Trans-Pacific Partnership Agreement (TPP), and proposed a set of options for a new trade policy.

Cambodia is one of few least developed countries that has dramatically increased its exports thanks to combined government and private sector action to exploit trading opportunities arising from trade preferences, especially those provided by the EU under the "Everything But Arms" initiative.

However, Cambodia's export to the EU and to its second biggest export market, the United States, may be strongly affected by changes in its trading environment.

The new EU Generalized System of Preferences entered into force in 2014 and the free-trade agreements that are currently under negotiation between Association of Southeast Asian Nations (ASEAN) countries and the EU may isolate Cambodia from trading opportunities because these will include countries such as Malaysia and Singapore.

Moreover, the finalization of the Trans-Pacific Partnership Agreement (TPP) - which will include Viet Nam, but not Cambodia - could prompt producers to relocate in TPP countries.

Given that the window of opportunity provided by unilateral trade preferences is now shrinking, Cambodia needs to strengthen the capacities to negotiate free-trade agreements with the EU as well as to enhance the understanding of challenges and opportunities from the TPP. 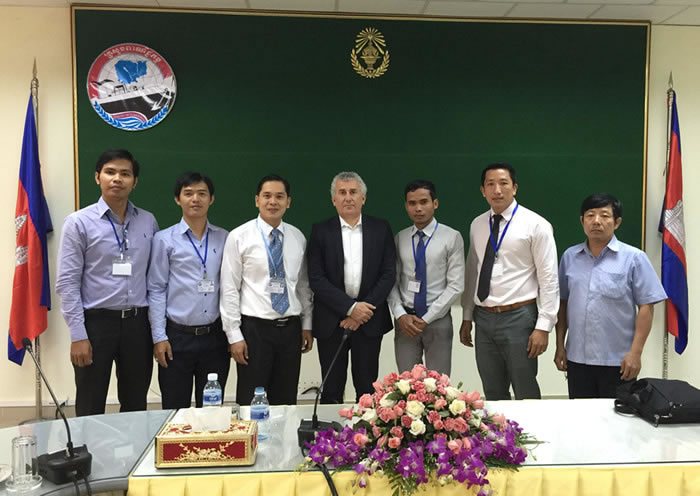