The coronavirus (COVID-19) pandemic’s blow to global oil prices has re-emphasized the need for Angola to wean its economy off volatile fuel exports.

As companies around the world shut down or slowed production, crude prices tumbled to an 18-year low in March, spelling more turmoil for the Angolan economy, in recession since the 2014-2016 oil crash halted more than a decade of exceptional growth.

UNCTAD is supporting, through a project funded by the European Union, the government’s efforts to diversify the economy.

“Diversifying Angola’s economic structure away from its heavy dependence on oil is key to boosting competitiveness and will help the country reduce its vulnerability to external shocks,” said Paul Akiwumi, director of UNCTAD’s division for Africa and least developed countries. 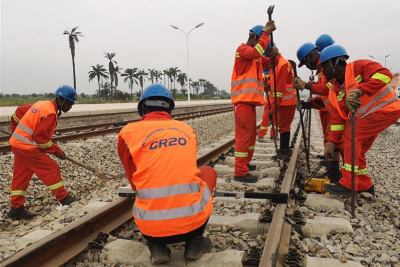 The current COVID-19 crisis draws this need into sharp focus, he said.

"Angola is rich in natural resources and has many other products to offer consumers across the world. But local businesses struggle to develop and export their products due to slow and costly import and export procedures,” Mr. Akiwumi said, noting that the country’s producers face challenges in moving goods both within the country and across borders.

Angola is ranked 177 out 190 countries in the 2020 edition of the World Bank’s Doing Business report, according to which export procedures in the country cost US$240 and take 98 hours, compared to an average of $173 and 72 hours for sub-Saharan Africa.

Many of the reforms necessary to improve conditions for Angolan businesses, such as automating customs procedures or creating a single window, are addressed by the World Trade Organization’s Trade Facilitation Agreement, which Angola ratified in April 2019.

“Angola with its high potential in terms of natural resources, including agriculture, fisheries and energy, has some of the greatest possibilities to benefit from the reforms included in the agreement,” said the EU’s ambassador to Angola, Tomás Uličný.

In June 2018, the government created a National Trade Facilitation Committee to steer the reform process and coordinate actions between the many parties involved – from public entities such as trade and agriculture ministries to private actors like transport logistics companies and port operators.

To help the committee succeed, UNCTAD has provided a training course since 2018 to help its members understand the agreement’s provisions and the institutional and practical challenges associated with trade facilitation reform.

“A lot of the measures contained in the WTO Trade Facilitation Agreement are highly complex and require high technical skills and know-how,” said Angola’s secretary of state, Amadeu Leitão Nunes.

The third module, scheduled for the second half of 2020, will help the committee develop a multi-year national trade facilitation roadmap. This will be followed by a training-of-trainers workshop to ensure all members benefit from the knowledge gained now and beyond the implementation of the programme.

A short online version of the training course in Portuguese is publicly available. Requests for access to the full online programme should be sent to [email protected].