Fairer trade can strike a blow against rising inequality

Global trade has catalysed economic growth both in developing and developed countries, but its benefits have not been shared equally. This could change.

The High-level Political Forum (HLPF) convened at the United Nations headquarters in New York from 9 to 18 July to take stock of the progress made on the Sustainable Development Goals (SDGs) and chart next steps towards a more prosperous world by 2030.

Geneva-based trade trio, UNCTAD, the World Trade Organization (WTO) and the International Trade Centre (ITC), told participants at the forum that trade is a powerful means for achieving the global goals. 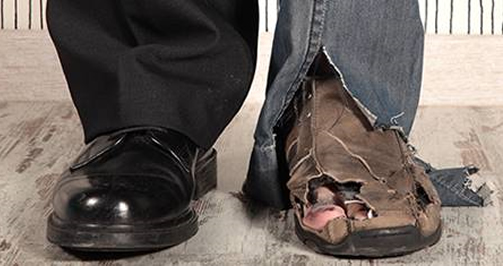 “Trade has been a major catalyst for economic growth, both in developing and developed countries,” Ms. Durant said.

She said it has lifted standards of living in developing countries by improving access to food, medicines and education, among other benefits.

Bigger pie, but not divided equally

However, the benefits of global trade have not been distributed equally, Ms. Durant observed.

While the value of trade has increased fivefold and its volume fourfold for the past 30 years, the bottom 50% of the population has captured only 12% of the total economic growth, whereas the top 1% captured 27% of it.

“Trade has contributed to make the pie bigger, but its shares have not been divided equally,” Ms. Durant said.

She noted that some developing countries have benefitted from global trade, especially those in east Asia.

Many countries in Africa and Latin America, and small island developing states (SIDS), have not been so well served.

In many of these countries, economic growth has been lower than expected, with most gains from trade being captured by a small segment of the population.

But rising inequality within countries has not been limited to developing countries.

“In many developed economies too, globalization has benefited some more than others, rendering their middle class fragile,” Ms Durant observed.

Globalization has therefore led to the marginalization of some regions, some firms and some workers.

Good policies are the difference

But rising inequality is not inevitable in the face of globalization, Ms Durant said in the session moderated by New York Times journalist Eduardo Porter.

“Strengthening the multilateral trading system to make it more open, transparent and equitable could contribute to shared prosperity globally,” Ms. Durant said at the joint event with WTO and ITC.

It was the first time the three Geneva-based trade organizations jointly informed the HLPF on the critical role of trade in fostering sustainable development.

They also showcased their ongoing collaboration in monitoring and reviewing progress made on trade-related SDG targets through an online database, dubbed the SDG-Trade Monitor.

“Without a rules-based system of cooperation on trade, it would be the law of the jungle,” Mr. Agah said.

Investing in small and medium-sized enterprises (SMEs) could contribute towards meeting 60% of the SDG targets, ITC’s director for market development and chief economist, Marion Janesen, said.

“Protecting SMEs is not the best way to help them. Rather, we must help SMEs take advantage of the opportunities of international trade,” Ms. Janesen said.

UNCTAD is prioritizing the fight against inequality, Ms. Durant said.

Ministers and representatives from across the world deliberated on the issue at the 66th meeting of UNCTAD’s Trade and Development Board in June.

The UN Trade Forum, slated for September, will also look into the issue while examining the relationship between trade and climate.