Foreign investment in Latin America expected to halve in 2020

COVID-19 shock sends ripples across sectors, with commodities, tourism and transportation among the most severely hit, new UNCTAD report reveals.

Investment flows to the Latin America are expected to halve in 2020 from the $164 billion received last year, according to UNCTAD's World Investment Report 2020.

“The pandemic compounds both political and social unrest and structural weaknesses, pushing the region’s economies into a deep recession and exacerbating challenges in attracting foreign investment,” said UNCTAD’s director of investment and enterprise, James Zhan.

He further explained that the shock would have a different impact across sectors, with commodities, tourism and transportation among the most severely hit.

The low oil and commodities’ prices will hurt investment in major economies in South America - Colombia, Brazil, Argentina, Chile and Peru - that depend on foreign direct investment (FDI) in extractive industries.

Other economies, especially those in the Caribbean, will be hit hard by the collapse in tourism and the halt to investment in the travel and leisure sector.

In manufacturing, automotive and textiles, two important industries in the region, are suffering both supply and demand shocks. Central America and the Caribbean might see some new international investment to expand the production of medical equipment. 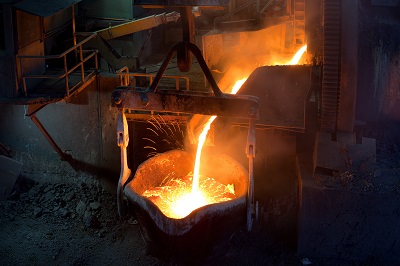 Early indicators show a decline of 36% in the number of new announced greenfield projects in the first quarter of this year. However, this is still a conservative projection as most of the impact on projects will be evident from April, after the lockdown, as shown by the trend of cross-border deals.

The number of foreign acquisitions in the region decreased every month with respect to the average number in 2019 to eventually drop by 78% in April.

Beyond the industry-specific effects, an automatic impact of the crisis on FDI is via tightening margins for reinvestments. The shutdowns, falling demand and limited access to trade (both for imports of inputs and exports) are pushing companies towards sizeable losses.

Since the beginning of February, major companies in the region revised their earnings expectations for fiscal year 2020 downwards by more than 50%, more than companies in other regions.

For major recipient economies in the region, reinvested earnings account for more than a third of inflows, and for some important destinations such as Mexico, Argentina, Panama and Costa Rica, they represent more than half.

The implications of significant losses in foreign subsidiaries based in the region directly involve a drop in inflows.

In the medium term, the implications of the pandemic for FDI flows to the region will depend on the severity of the economic contraction and the speed of the recovery.

As many countries in other regions are starting to ease confinement measures, many in Latin America and the Caribbean are still on an upward slope of contagion, some of them at the beginning of their winter; this could prolong the health crisis and the related economic struggle.

The region’s economies will be strongly affected by the slowdown in global demand, particularly in their trade partners, notably China and the United States.

In 2019, FDI in Latin America and the Caribbean still grew by 10% to $164 billion, driven by increased flows to Brazil, Chile and Colombia.

Brazil registered a 20% increase to $72 billion, with investors attracted by the oil and gas extraction and electricity industries and supported by a privatization program.

In Mexico, falling flows to the automotive and power generation industries led to a decrease of 5% in flows at $33 billion.

In Costa Rica, FDI inflows increased by 13% to $2.5 billion in 2019, driven by investment in special economic zones.

In the Caribbean, flows to the Dominican Republic, the largest recipient in the subregion, increased by 19% to $3 billion, pushed by investments in the telecommunication and power industries.

Outflows grew to $42 billion, sustained by intra-regional flows and a reduction of negative outflows that dampened the totals in previous years.

The biggest increases were registered in Brazil, Mexico and Chile. Brazilian companies, in particular, appear to have suspended their practice of collecting funds through foreign affiliates to finance operations at home, because of the falling domestic interest rate. 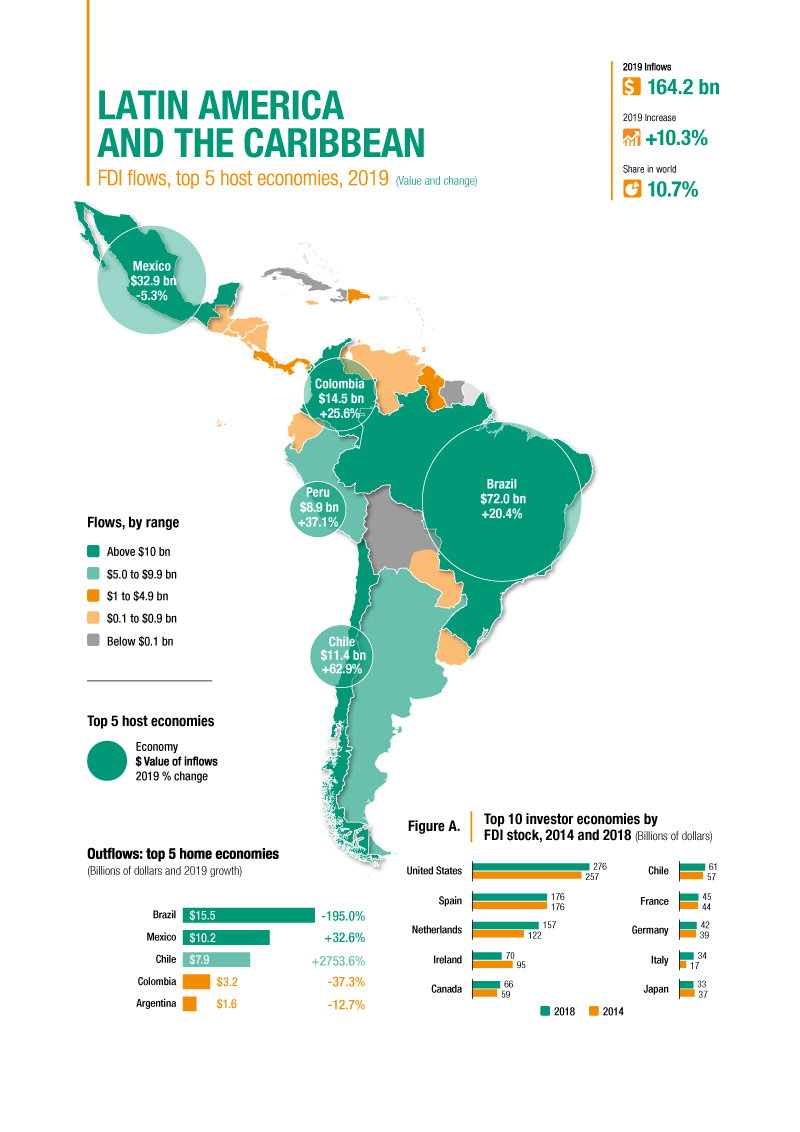