Illicit trade threatens achievement of the UN Sustainable Development Goals and better, more synchronized efforts are needed to combat it.

The global economy loses more than US$2 trillion annually due to smuggling, counterfeiting, trafficking of humans and wildlife and other forms of illicit trade that hold back progress on the global development agenda.

To address this alarming problem, UNCTAD and the Transnational Alliance to Combat Illicit Trade (TRACIT) are convening the first-ever Illicit Trade Forum on 3 and 4 February at the Palais des Nations in Geneva.

The forum is designed to encourage an open dialogue among representatives from member states, experts and non-governmental observers, with the aim to share expertise, promote international enforcement cooperation, coordinate resources and ensure countries are adequately equipped to mitigate illicit trade. 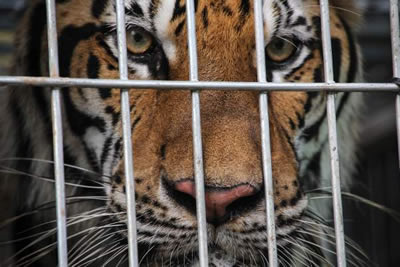 “Illicit trade endangers all aspects of development and all 17 of the UN Sustainable Development Goals (SDGs). It creates a triple threat to the financing of development: crowding out legitimate economic activity, depriving governments of revenues for investment in vital public services and increasing the costs of achieving the SDGs by eroding the progress already made,” UNCTAD Secretary-General Mukhisa Kituyi said.

TRACIT Director-General, Jeffrey Hardy, added: “Given the scale and damaging effects of illicit trade, a coordinated and sustained global response by governments and companies is urgently needed.”

The international response to illicit trade is largely fragmented among many sectors vulnerable to illicit trade, which necessitates a joint approach that considers the interconnected nature of the problem, commonalities and points of convergence among its various manifestations.

“Every country is feeling the malignant effects of illicit trade, underscoring the need for expanded partnerships and cooperation among governments to push back against this deterrent to global sustainable development,” said Pamela Coke-Hamilton, UNCTAD’s Director of International Trade.

Illicit trade drains nearly 3% of the world’s economy. If it were a country, its dark economy would be larger than Brazil, Italy and Canada – and as large as Mexico and Indonesia combined.

It endangers public health, as sub-standard and fake antimalarial medicines alone cause more than 100,000 deaths per year in Sub-Saharan Africa.

Illicit trade also pushes endangered species to the brink of extinction and causes irreversible damage to ecosystems. For instance, illegal logging, with an estimated annual value of up to $157 billion, is the world’s most profitable crime involving natural resources.

Further, it threatens the rule of law, owing to its links with organized crime – from human trafficking networks and tobacco smuggling to the involvement of organized criminal groups in fuel theft and the trade of counterfeit goods. Even more frightening are the links to terrorist financing that heighten threats to national and global security.

Defending the SDGs together

Experts at the forum will deliberate how to act together to defend the SDGs against the onslaught of illicit trade.

They will explore the different methods used to measure illicit trade and identify common approaches by governments and industry actors to counter this problem and deter associated illegal activities, like money laundering.

Participants will examine the role of the private sector in ensuring that illicit trade does not compromise the integrity of legitimate markets or jeopardize the well-being of consumers.

It is expected to generate a roadmap for collective action by government, business and other stakeholders, including a call for shared policy guidelines and a process to ensure Member States benefit from intergovernmental experiences and expertise.

Facts and (estimated) figures on illicit trade
(Source: Mapping the Impact of Illicit Trade on the SDGs report by TRACIT)