New research by UNCTAD points to the potential impact of a no-deal Brexit on the UK's trading partners, including developing nations.

New UNCTAD research shows the UK and its future trading partners need to expedite bilateral deals if they are to avoid the costs of exiting the EU without a deal.

These costs are considerable, the research found, with the EU standing to lose out on $34.5 billion in exports to the UK.

The second-biggest loser in the event of the UK’s no-deal departure from the EU would be Turkey, taking a  $2.4 billion export hit.

“Brexit is not only a regional affair. Once the UK has left its 27 European Union partners behind, it will alter the ability of non-EU countries to export to the UK market,” said UNCTAD’s director of international trade and commodities, Pamela Coke-Hamilton. 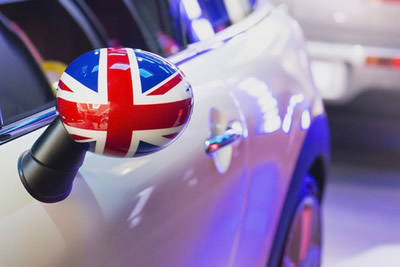 The UK market accounts for about 3.5% of world trade and is an important trading partner for many developing countries.

In 2018, the UK was the fifth largest importer inside the EU. It imported almost $680 billion worth of goods from the rest of the world, of which about $360 billion came from other EU countries.

The UNCTAD research estimates that the largest losses would accrue to EU countries, given that they are the most economically-integrated with the UK.

But other countries are also likely to see a decline in their exports, it underlines. In addition to Turkey, the research cites South Korea, Pakistan, Norway, Iceland, Cambodia and Switzerland as those at risk.

The biggest beneficiaries of a no-deal Brexit, meanwhile, would be countries which current face higher tariffs. In addition to China and the US, Japan could expect to gain $4.9 billion.

A no-deal Brexit is also expected to result in increased imports from Thailand, South Africa, India, Brazil, the Russian Federation, Viet Nam and New Zealand, among others.

“The UK’s intention to lower Most Favored Nations tariffs would increase relative competitiveness of major exporting countries, such as China or the United States, thereby eroding market-share away from less competitive countries,” added Ms. Coke-Hamilton.

But a no-deal Brexit will not only impact large economies. In the balance, smaller economies with a relatively higher level of exports to the UK market will also suffer.

Get to the negotiating table

Countries wanting to retain this market access need to negotiate – and quickly – with the UK.

The EU currently has about 70 trade agreements, but these are often not easy to replicate, and negotiations take time.

“In many cases United Kingdom-third countries agreements, or continuity agreements, have not been signed, and there is substantial uncertainty as to whether many of these agreements will be concluded any time soon,” Ms. Coke-Hamilton advised.

As of March 2019, only 26 continuity agreements had been sealed between the UK and trading partners.

In a no-deal Brexit scenario, EU preferential trade agreements with third countries will abruptly cease to apply, and imports to the UK could end up taking place on Most Favored Nation (MFN) terms.

This is a World Trade Organization (WTO) principle that the same tariffs must apply to any trading partner, unless there is an exception set out in an actual trade agreement.

A no-deal Brexit would have immediate repercussions for many developing countries’ exports, with the UNCTAD research raising the specter of significant disruption and economic harm for developing countries whose exports are highly reliant on the UK market and/or are current beneficiaries of EU preferences

While the sums involved might appear low in value terms, the impacts on such countries would be large when measured as a percentage of their exports.

“To avoid negative impacts on developing nations, the UK’s MFN tariffs on what are often key important exports from low income countries, such as sugarcane or bananas, should not be substantially reduced,” Ms. Coke-Hamilton underlined.

“In these circumstances, the best response from developing countries is to accelerate negotiations to replace agreements, especially on hot issues that go beyond tariffs, including rules of origin, non-tariff measures or quotas,” she said.

Ms. Coke-Hamilton added this situation was a powerful reminder to all that “unwinding economic integration is not only complex, but that doing so altogether is a bad idea”. 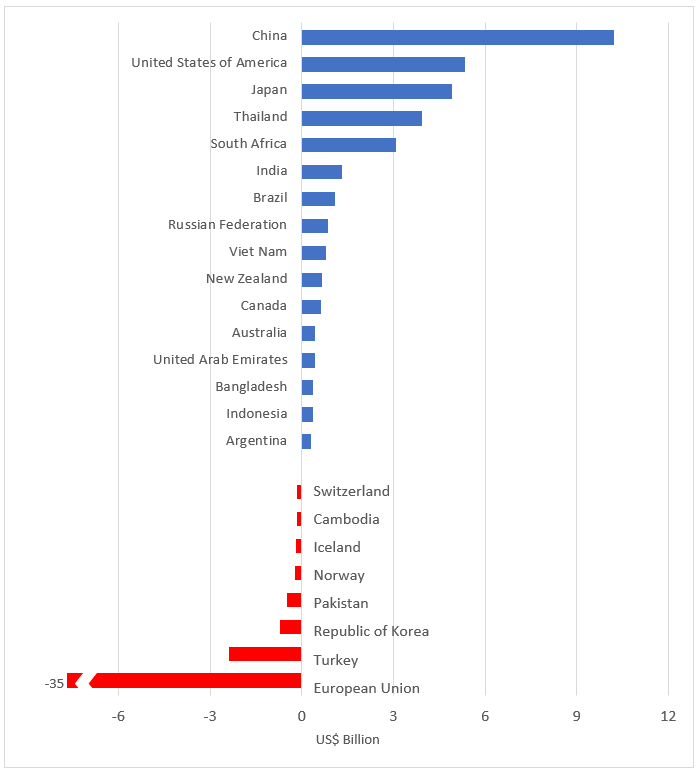 Source: UNCTAD
*Pamela Coke-Hamilton is the Director of the Division on International Trade and Commodities at the UN Conference on Trade and Development.