Stepping up war on illicit trade to spur development

Prioritizing the fight against illicit trade could stimulate the economic growth, employment and investment needed to achieve the global goals.

Illicit trade poses a threat to the achievement of the global goals and requires concerted global action, experts said at a forum organized by UNCTAD and the Transnational Alliance to Combat Illicit Trade (TRACIT) on 18 July.

From smuggling, counterfeiting and tax evasion, to the trafficking of humans and wildlife, illicit trade is holding back progress, increasing costs and pushing the Sustainable Development Goals (SDGs) further away, participants heard.

“A dark side of globalization and the expansion of trade has been the alarming emergence of illicit trade,” said Teresa Moreira, UNCTAD's head of competition and consumer policies.

She said economic leakages from illicit trade create an estimated annual drain of US$2.2 trillion to the global economy, nearly 3% of world economy. 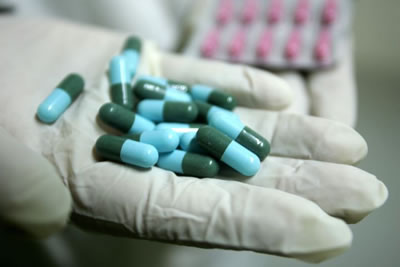 “If illicit trade were an economy, it would be the eighth largest in the world,” Ms. Moreira said at the United Nations’ European headquarters in Geneva, Switzerland.

Illicit trade – on the black and grey markets – significantly endangers all aspects of the SDGs, as it deprives governments of revenues for investment in vital public services, she said.

The statistics are indicative of the problem. Illicit trade in pharmaceuticals is valued at between $75 billion and $200 billion annually, while wildlife crimes are worth $23 billion, according to TRACIT.

“Insufficient attention has been given to the substantial impact that illicit trade has and how it is holding back progress,” Mr. Hardy said.

In response, TRACIT has mapped the impact of illicit on the SDGs to help governments and businesses better understand where and how illicit activity undermines progress on each of the goals.

Mr. Hardy presented the new report at the forum.

“Illicit trade has ‘macro impacts’ as it cuts deeply across many of the SDGs, undermining achievement of the economic goals for poverty reduction, decent jobs and economic growth,” Mr. Hardy said.

When it generates revenue for organized criminal and terrorist groups, illicit trade undermines goals for peace and stability, he added.

Illicit trade is also wreaking havoc on the rule of law, participants at the forum heard.

In Peru, the public and private sectors have banded together in a campaign against illicit alcohol for the past five years.

The campaign has reduced the consumption of illicit alcohol from 31% to 25%, said Silvia Elena Alfaro Espinosa, Peru’s ambassador to the United Nations Office at Geneva.

She highlighted the international nature of illicit trade, its pervasive impact on multiple sectors and emphasized the importance of countries working together to combat it.

“The whole planet has a debt to pay on the issue of illicit trade,” Ms. Espinosa said. “We have to work together on a multilateral basis to tackle it.”

Curtailing illicit trade is particularly critical for developing countries as they struggle against odds to finance SDGs through domestic revenues, said Taonga Mushayavanhu, the ambassador of Zimbabwe to the United Nations Office at Geneva.

He said illicit trade was a drag on his country’s minerals sector, which generates over 60% of the nation’s foreign export earnings and constitutes 13% of its GDP. The country’s clothing and tourism sectors have also taken a big hit from trade in illegal markets.

Mr. Mushayavanhu related his government’s success in cracking down on illegal mining of diamond, which had been triggered by a mineral rush that had started in 2006, causing environmental degradation and violence, which led to some deaths.

To remain on track towards the SDGs, countries must prioritize efforts to reduce the deterrent forces of illicit trade and plug the fiscal leakages associated with it, various speakers urged.

“Removing the economic drags of illicit trade can improve the efficiency and effectiveness of policies and actions to stimulate growth, employment and investment to achieve the SDGs,” Mr. Hardy said.

Experts also underlined the need for collaboration between countries to smash the networks that facilitate illicit trade across borders.

“It’s not a problem confined to developing countries. Every country suffers from this menace, all that varies is the magnitude of the problem,” Ms. Moreira said.