UNCTAD predicts that annual growth in maritime trade between 2022 and 2026 will slow to 2.4%, compared to 2.9% over the past two decades. 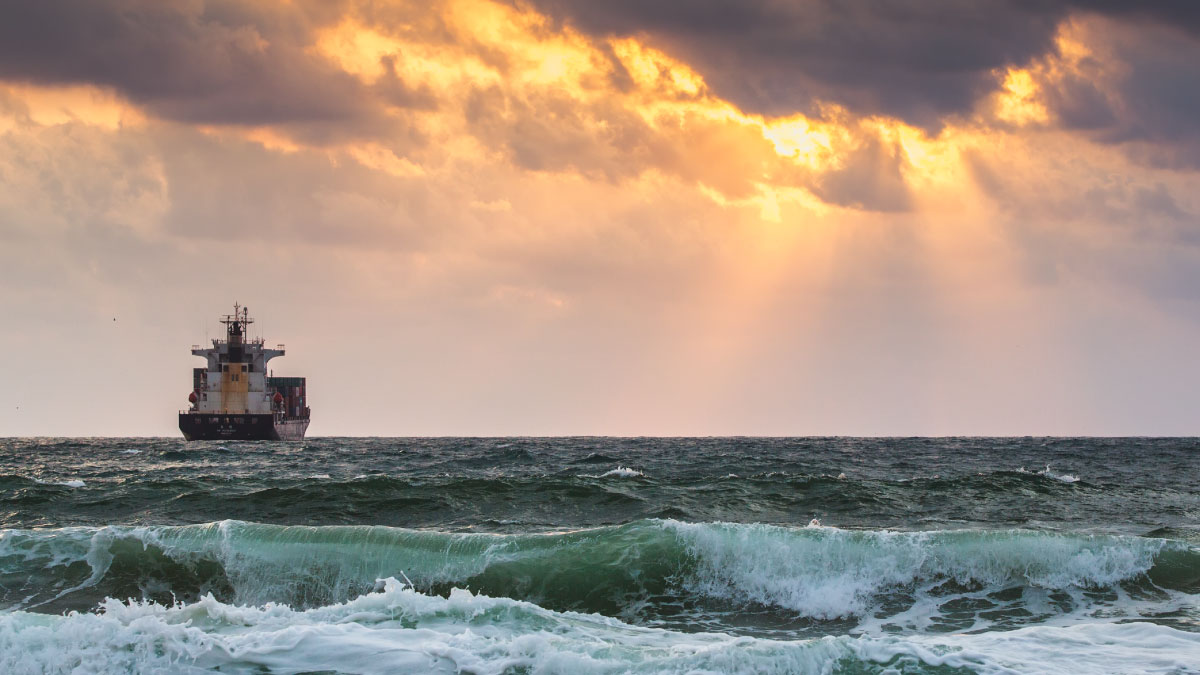 The COVID-19 pandemic’s impact on maritime trade volumes in 2020 was less severe than initially expected but its knock-on effects will be far-reaching and could transform maritime transport, according to UNCTAD’s Review of Maritime Transport 2021 published on 18 November.

The report shows that maritime trade contracted by 3.8% in 2020, reflecting an initial shock, but it rebounded later in the year and is projected to increase by 4.3% in 2021. The medium-term outlook for maritime trade remains positive but subject to “mounting risks and uncertainties”.

Source: UNCTAD calculations, based on the Review of Maritime Transport, various issues, data from UNCTADstat and table 1.1 of the UNCTAD Trade and Development Report 2021. From recovery to resilience: The development dimension.

While acknowledging the nascent recovery, the report paints a picture of unprecedented pressures in global supply chains, dramatic spikes in freight rates, significant price rises on the horizon for consumers and importers and potential shifts in trade patterns due to trade tensions and in the quest for more resilience.

“A lasting recovery will depend on the path of the pandemic and largely hinges on being able to mitigate the headwinds and on a worldwide vaccine roll-out,” said UNCTAD Secretary-General Rebeca Grynspan.

It raises concern over the continuing pandemic-induced crisis around crew changes, with lockdowns, border closures and lack of international flights leaving hundreds of thousands of seafarers stranded at sea, unable to be replaced or repatriated.

The report calls for urgent attention from flag, port and labour-supplying states to end the crew change crisis, insisting that all states should be parties to relevant international legal instruments, including the Maritime Labour Convention of 2006. It urges governments and industry to continue working together and in collaboration with relevant international organizations to facilitate crew changes.

The report says supply chain bottlenecks have hindered economic recovery, as the rebound in trade has run into pandemic-induced logistical challenges, including shortages of equipment and containers, less reliable services, congested ports and longer delays and dwell times.

Supply-side constraints in container shipping are also rocking maritime transport and trade. While orders for new ships declined by 16% in 2020, continuing a downward trend of previous years, in 2021 shipping companies responded to the capacity limitations with a surge of new orders.

Shipping lines have benefitted from soaring freight rates, the report notes, as surcharges, fees and rates temporarily hiked even further after the container ship Ever Given blocked the Suez Canal in March 2021.

The increasing costs of container shipping have been a challenge for all traders and supply chain managers, says the report, but especially so for smaller shippers, who may be less able to absorb the additional expense and are at a disadvantage when negotiating rates and booking space on ships.

If the current surge in container freight rates continues, it will significantly increase both import and consumer prices, the report warns. UNCTAD’s analysis predicts that global import price levels will increase on average by 11% as a result of the freight rate increases, but SIDS that primarily depend on maritime transport for their imports could face increases of up to 24%.

If container freight rates remain at their current high levels, global consumer prices are projected to be 1.5% higher in 2023 than they otherwise would have been. However, the rise is expected to be 7.5% in SIDS and 2.2% in LDCs.

“In the face of these cost pressures and lasting market disruption, it is increasingly important to monitor market behaviour and ensure transparency when it comes to setting rates, fees and surcharges,” the report recommends.

The pandemic has accelerated megatrends that could transform maritime transport in the longer term, the report states.

It has catalysed digitalization and automation, which should deliver efficiency and cost savings. However, the shipping industry is also coming to grips with climate adaptation and resilience, and the urgent need to decarbonize and find alternative fuels to reduce emissions, which will inevitably come at a cost, says UNCTAD.

“By exposing the vulnerabilities of existing supply chains, the COVID-19 disruption has sharpened the need to build resilience and revived the debate over globalization and the supply chains of the future,” said Shamika N. Sirimanne, UNCTAD’s director of technology and logistics.

On concerns over increased reshoring and nearshoring the report points out that it may be straightforward to reshore labour-intensive and low-value production, but it’s more complex to move production and switch suppliers for mid- and high-value-added manufacturing.

The report predicts a blend of reshoring, diversification, replication and regionalization, with China still likely to remain a leading manufacturing site. “Hybrid” operating models involving just-in-time and just-in-case supply chain models are likely to emerge. These adjustments could lead to a demand for more flexible shipping services, with implications for vessel types and sizes, ports of call and distances travelled.

Meanwhile e-commerce, accelerated by the pandemic, has transformed consumer shopping habits and spending patterns and driven the demand for distribution facilities and warehousing that are digitally enabled and offer value-added services. This could generate new business opportunities for shipping and ports.

Looking ahead, UNCTAD says global socioeconomic recovery will depend on smart, resilient and sustainable maritime transport and a broad-based worldwide vaccination effort, with developing countries having fairer access to vaccines.

It urges industry, governments and international organizations to ensure that seafarers are designated as key workers and vaccinated as a matter of priority. 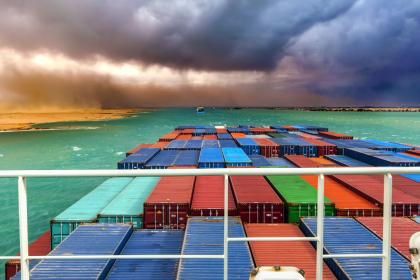