Representatives from the Swiss Government, individual trading companies and transparency advocates will discuss the current lack of publicly available information about commodity trading in Switzerland at UNCTAD's sixth annual Global Commodities Forum at the Palais des Nations in Geneva on 13–14 April 2015. 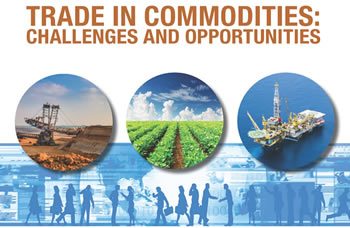 The Global Commodities Forum continues a debate, begun at the 2014 event, on the need for improved transparency in the commodity trading sector – with Switzerland as its focus this year. The current dearth of information complicates governments' responsibility to formulate policies that are effective as well as feasible to implement, and a lack of transparency represents a growing and significant reputational risk to firms, and their home and host governments.

Among other key issues discussed at the two-day event will be the spectacular fall in prices for oil and other commodities since mid-2014 and what it means for commodity-dependent developing countries.

The Forum, titled "Trade in commodities: Challenges and opportunities", will open on 13 April with addresses by UNCTAD Secretary-General Mukhisa Kituyi and UNCTAD Trade and Development Board President Ana Maria Menéndez Pérez of Spain.

Switzerland is home to many of the world's largest trading companies and the sector accounts for a significant proportion of the global trade in certain commodity products. For example, Geneva-based traders alone handle 35 per cent of the global crude oil trade, 35 per cent of grains and 50 per cent of sugar and coffee. Therefore, any regulation by Switzerland of its trading sector would have a far-reaching impact on commodities trade.

Nevertheless, the situation is delicate, as Switzerland does not want to risk its competitive position by stepping too far beyond the regulations imposed by other major jurisdictions, such as the European Union and the United States. Therein lies part of the problem: existing European and US legislation covers payments made by producing companies to foreign governments, but does not apply to trading companies.

Developments regarding this important issue in the past year include the Swiss government's ongoing discussions with the trading community and trading giant Trafigura's decision to become the first such company to join the Extractive Industry Transparency Initiative (EITI).

Panelists at the event, which takes place on the first afternoon of the two-day Forum (15.00-16.30), will also identify what measures are necessary for continued progress in this area. Participants include representatives of Berne Declaration, a not-for-profit, independent organization which campaigns for more equitable relations between Switzerland and developing countries, and the programme manager of the Swiss State Secretariat for Economic Affairs.

Also on the panel will be a board member of one of the world's top trading companies, Ecom Agroindustrial Corp. Ltd, and an expert on due diligence and responsible supply chains from leading consultancy RCS Global.

Other plenary themes to be considered through panel discussions and open debates during the Forum will be: